Trump-style vengeance is not limited to individuals. He can also exact revenge on an entire population 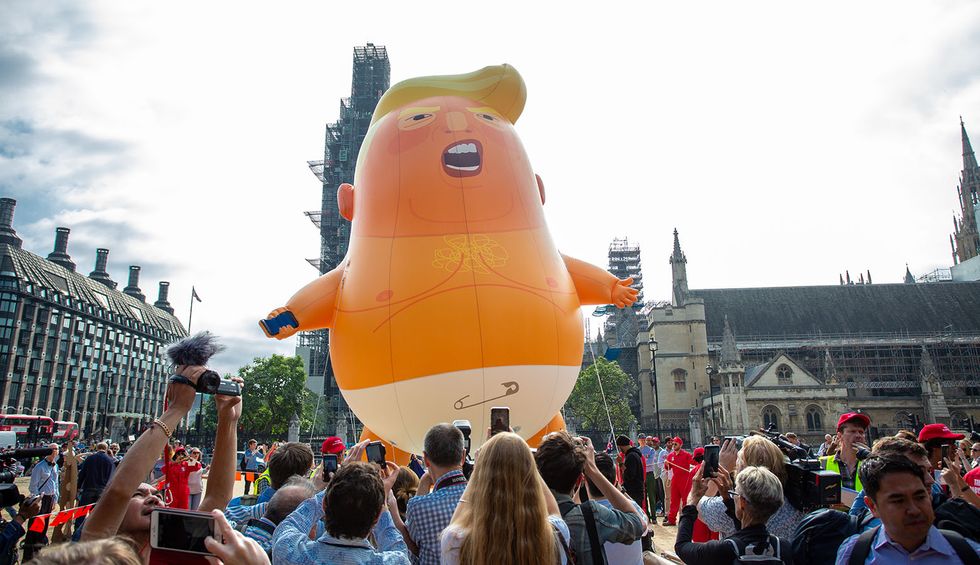 It is a threat no one has contemplated and, therefore, not thought to address. We can only hope that that will change and that we will anticipate events that may confront us in November and begin planning to protect the country.

There are few aspects of the malignant Trump that we have not become acquainted with during the Trump three-year reign of terror over what was formerly known as the UNITED States of America. That we are no longer united is apparent from the hatred that is spewed from the Trumpian mouth and its adoring acolytes in the United States Senate, many of whom are such admirers that they seek to emulate the hate speech that is spouted from that vessel. Of course the Trumpian venom is not limited to verbal assaults. It manifests itself in retributive acts against perceived enemies.

Following the conclusion of the Congressional impeachment proceedings, the Trump promptly got rid of two of the witnesses who had testified during the House proceedings implicating the Trump in what our ancestors would have considered impeachable behavior. The first was Lieutenant Colonel Alexander Vindman. He was a Ukrainian expert serving on the National Security Council at the White House. He was fired by Trump two days after the impeachment trial concluded. The Trump had let it be known he was not happy with Vindman because of his testimony during the impeachment trial and had repeatedly tweeted messages calling for his dismissal.

Within hours of the Vindman dismissal, Gordon Sondland, a hotelier from Oregon who had given the Trump inauguration committee $1 million was fired. He had been rewarded for his generosity by being appointed United States Ambassador to the European Union but was fired because of the testimony he had provided during the impeachment hearings.

The Trump’s willingness to avenge himself for actions taken he perceives to be hostile to him is not limited to individuals. He can also exact revenge on an entire population as he has done to New Yorkers.

On June 17, 2019, New York enacted what is known as the Green Light Law. That law went into effect on December 16, 2019. The law allows undocumented immigrants to use foreign-issued documents to prove their age and identity thus enabling them to apply for driving privileges. The law prohibits the Department of Motor Vehicle Division from providing any of its data to entities that enforce immigration law unless a judge orders them to do so. As a result three federal agencies have been denied access to New York data bases beginning in December 2019. The Trump was furious.

Although there are thirteen other states that give immigrants drivers’ licenses regardless of their immigration status, the Trump has elected to take out his anger on New Yorkers. Since there is no one individual upon whom he can seek revenge as he could with Messrs. Sondland and Vindman, he has done the next best thing. He has exacted revenge on the entire population of New York.

The Trump might have liked to invalidate the passports of everyone who lives in New York, thus requiring them to apply for visas before returning home but that was beyond his control. He did the next best thing. He suspended the right of New Yorkers not already enrolled in those programs, to apply to enroll in the Global Entry and other trusted traveler programs thus making it more difficult and time consuming for them to reenter the United States upon returning from foreign travel.

As the foregoing shows, if events are perceived by the Trump as conspiring against him, he will find ways to exact revenge, either on individuals or on entire populations. The question we should all be trying to answer is how can we protect the United States from the consequences of a vengeful Trump should he lose the election in November.

Between the date of the election and the swearing in of a new president on January 20, 2021, 78 days of the Trump administration will remain. Based on the evil that the Trump has shown he can inflict on large populations when angry with their behavior, only a fool would think the Trump would exit quietly if he awakens on November 4 to learn that his tenure is drawing to a close.

It is frightening to contemplate what evil the Trump may inflict on the country during those remaining days and it is none too soon to begin thinking of how he can be thwarted. As Edmund Burke once observed: “The only thing necessary for the triumph of evil is for good men to do nothing.” Let the country beware.