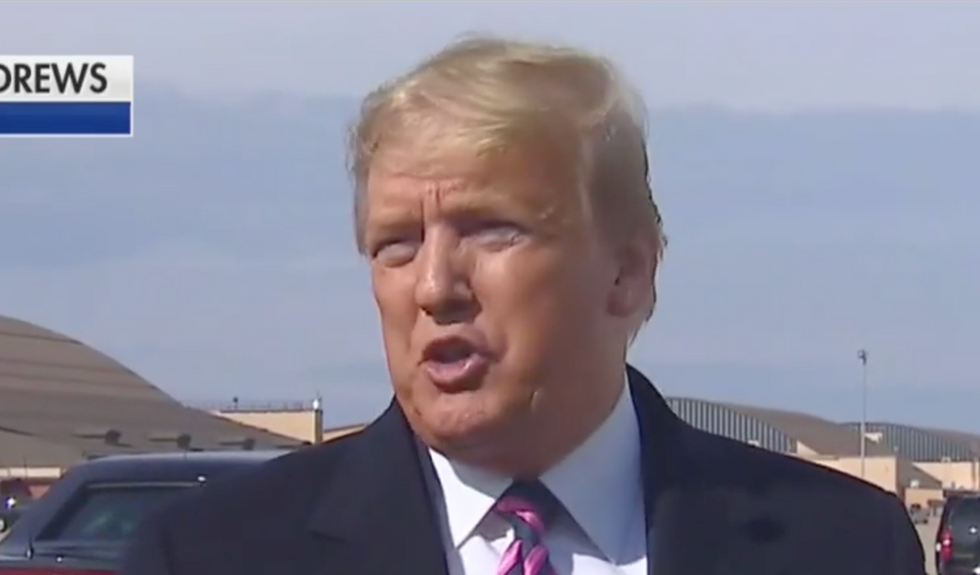 Despite Attorney General Bill Barr's plea for his boss to stop tweeting about Justice Department matters, President Donald Trump continued to launch attacks at prosecutors and the judiciary on Tuesday morning in his fury at certain federal cases.

He did this even though, as he admitted to reporters on Tuesday afternoon, he agreed with Barr's claim that such actions made the attorney general's job "impossible."

“I think it’s time to stop the tweeting about Department of Justice criminal cases,” Barr said last week after outrage erupted about the attorney general's intervention to lower the sentencing recommendation in the Roger Stone case, which Trump had publicly decried.

On Tuesday, Trump tweeted calls for Stone to get a new trial, slammed former Special Counsel Robert Mueller and his prosecutors, and quoted criticism of Judge Amy Berman Jackson.

Later, while speaking with reporters, Trump was asked: "Are you making [Barr's] job impossible?"

"Yeah, I do make his job harder," Trump said. "I do agree with that. I think that's true. He’s a very straight shooter, we have a great attorney general. He is working very hard. He’s working against a lot of people that don’t want to see good things happen, in my opinion. That’s my opinion, not his opinion. You will have to ask what his opinion is."

But Trump continued to insist that, because he is unfairly treated by the news (he apparently discounted the existence of Fox News and other conservative outlets), he needs to use Twitter to get his message out.

"I will say this, social media, for me, has been very important," he said. "It gives me a voice. I don’t get that voice in the press, in the media.”

Of course, if Trump felt he couldn't get his message out without making the job of his attorney general — one of the most significant members of the Cabinet — "impossible," one would think the most responsible choice would be to resign.