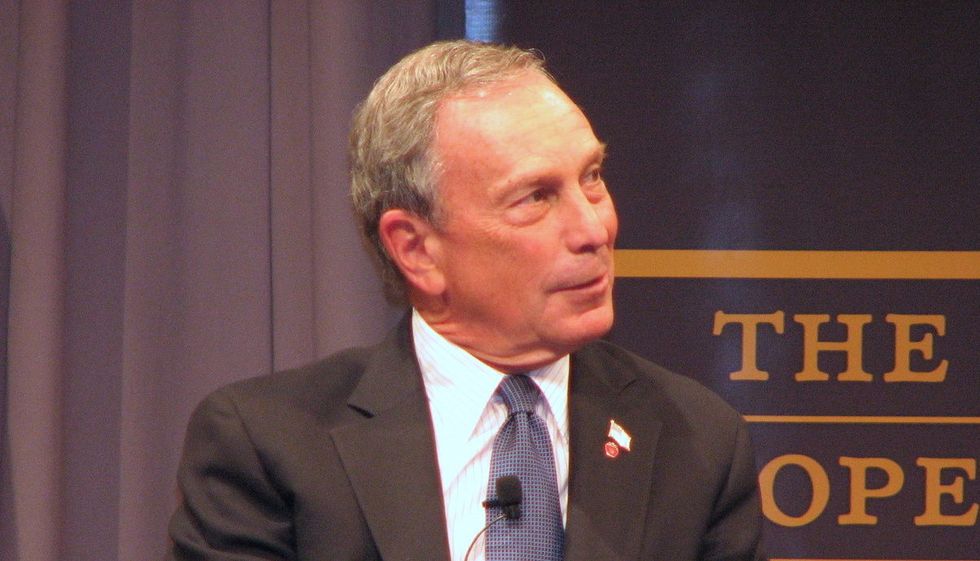 Sen. Bernie Sanders has made it abundantly clear that if he doesn’t receive the Democratic presidential nomination for 2020 — although he feels good about his chances following his impressive victory in New Hampshire — he will campaign for whoever is nominated, including former New York City Mayor Mike Bloomberg. And many Democrats have said that while they would prefer a progressive or centrist nominee such as Sanders or Sen. Elizabeth Warren, they would vote for a centrist if that’s what it takes to get President Donald Trump out of the White House. This raises a question: if Trump fatigue so overwhelming that even the more liberal and progressive Democratic voters would vote for Bloomberg or Sen. Amy Klobuchar in the general election regardless of their records?

Bloomberg has received considerably scrutiny this week because of his past record on the controversial stop-and-frisk policy when he was mayor of New York City. And Klobuchar, who underperformed in the Democratic presidential primary in the past, is receiving more scrutiny following her surprising performance in the New Hampshire primary — which found the Minnesota senator coming in at third place and outperforming both Warren and former Vice President Joe Biden.

When Klobuchar was a guest on ABC’s “The View” earlier this week, co-host Sunny Hostin aggressively examined Klobuchar’s years as a country prosecutor in Minnesota — specifically, the conviction of Myon Burrell, an African-American teenager, on murder charges. Hostin told Klobuchar, “I’ve reviewed the facts of that case, and it is one of the most flawed investigations and prosecutions that I think I have ever seen. How do you defend something like that to someone like me, who is the mother of a black boy, a black teenager? This case would be my worst nightmare.”

Meanwhile, former South Bend, Indiana Mayor Pete Buttigieg — who came in at second place in New Hampshire — has received plenty of criticism from the left over the South Bend Police Department’s troubled relationship with the city’s black community. And Biden, when he was in the U.S. Senate, championed draconian drug sentencing policies that contributed to the massive growth of the Prison/Industrial Complex. Per capita, no country in the world incarcerates more of its citizens than the United States.

But as much as liberals and progressives have criticized and scrutinized the records of Bloomberg, Klobuchar, Buttigieg and Biden, many of them will also point out that those candidates — flaws and all — have something important going for them: they aren’t Donald Trump.

One liberal who has made that type of argument is Washington Post columnist Eugene Robinson. When Robinson appeared on MSNBC’s “Morning Joe” on Valentine’s Day and discussed Bloomberg’s record with host Mika Brzezinski and MSNBC’s Donny Deutsch, the three of them expressed different views on Bloomberg — yet the three of them agreed that they will vote for Bloomberg if he receives the Democratic nomination.

While Deutsch, a centrist Blue Dog Democrat and the most pro-Bloomberg of the three, predicted that he will win the nomination, Brzezinski and Robinson were much more critical of the former New York City mayor. Brzezinski described stop-and-frisk as a “stain on his legacy,” and Robinson didn’t disagree with her. But the Washington Post columnist stressed that Trump is so dire a threat to the U.S. that he will vote for Bloomberg in a heartbeat if he receives the nomination.

Robinson asserted that as a black man, he is well aware of how abusive racial profiling in law enforcement can be — and Bloomberg, Robinson said, has a lot of explaining to do to the African-American community. But Robinson quickly added that at least Bloomberg is willing to scrutinize his own record, unlike Trump. And if it comes down to a Bloomberg presidency versus four more years of a Trump presidency, he won’t hesitate to vote for Bloomberg. Brzezinski agreed; as much as she lambasted Bloomberg, the “Morning Joe” co-host said she will vote for him if he receives the nomination.

Brzezinski and Robinson’s assertions echoed the thoughts of other liberals and progressives who are so overwhelmed with Trump fatigue that they will vote for whoever the Democratic Party nominates and whoever has a chance of unseating Trump in November. Robinson views Trump as something much worse than a flawed president — he sees him as a threat to democracy and the rule of law in the United States.

Trump fatigue is relentless. The week after Trump was acquitted on two articles of impeachment, new scandals were in the headlines — from the Friday Night Massacre (Trump’s firing of Lt. Col. Alexander Vindman  and Gordon Sondland, former U.S. ambassador to Ukraine) to the Roger Stone scandal. The U.S. Department of Justice (DOJ) went from recommending a sentence of seven to nine years in prison for Stone to a much more lenient sentence after Trump lambasted the DOJ on Twitter.

It remains to be seen what will ultimately happen in the United States’ 2020 presidential election. If the centrist and liberal/progressive wings of the Democratic Party are unable to come together, overcome their policy differences and aggressively unite around a candidate — be it Sanders, Bloomberg, Buttigieg, Warren, Biden or Klobuchar — Trump could win four more years. And for those suffering from extreme Trump fatigue, that’s the worst possible scenario of all.