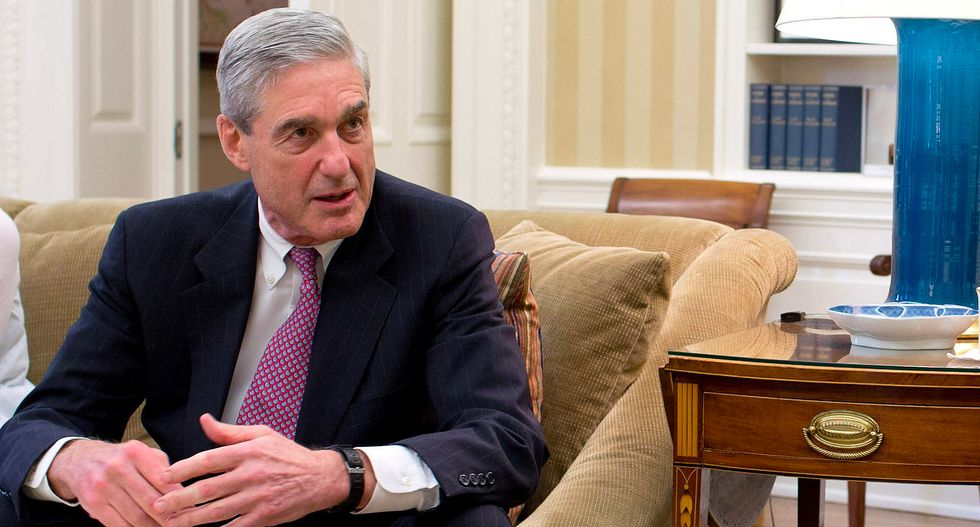 Eleven months have passed since former Special Counsel Robert Mueller completed his Russia investigation, but President Donald Trump and his loyalists continue to hold a grudge — and Trump still denounces the probe as a “witch hunt.” Legal reporter Colin Kalmacher, in a February 20 article for Law & Crime, examines the Trump White House’s plans to purge the U.S. Department of Justice (DOJ) of Mueller-friendly elements. And according to some legal voices, doing so is an unethical act of revenge.

Richard Painter, a law professor at the University of Minnesota and former White House ethics attorney under President George W. Bush, told Law & Crime, “This is retaliation and most likely illegal. Some of these investigations are ongoing — meaning this is obstruction of justice.”

Attorney Bradley P. Moss is also troubled by the Trump White House’s purge of Mueller-friendly elements within the DOJ.

“Promises of revenge were made,” Kalmbacher quotes Moss as saying. “The promises are being kept.”

New: Trump’s allies are urging him to push for a purge at DOJ of anyone involved with the Russia probe. The MAGA pu… https://t.co/JKxeA8kJbe
— Natasha Bertrand (@Natasha Bertrand)1582209323.0

Kalmbacher reports, however, that some Trump supporters don’t see anything wrong with what the Trump White House is doing with the DOJ. One of them is Jack Posobiec, a correspondent for One America News Network — the right-wing cable news outlet that considers itself more pro-Trump than Fox News. Posobiec told Law & Crime, “A major theme of Trump’s campaign was draining the swamp, and so, MAGA World will see this as him keeping a promise in that vein. It’s not exactly the first time a president switched out federal attorneys. He probably would have done it sooner if not for the Russia investigation.”

But Sasha Samberg-Champion, a former DOJ attorney, has a very different perspective. Kalmbacher quotes Samberg-Champion as saying, “It’s very distressing to see people openly calling for career government employees to be punished for doing their jobs. This is exactly why we have both civil service protections and the norm that DOJ lawyers make decisions in individual cases without using politics as their starting point. Once those protections are gone, government lawyers can be subject to pressure to do things in a nakedly political way. That’s very dangerous.”