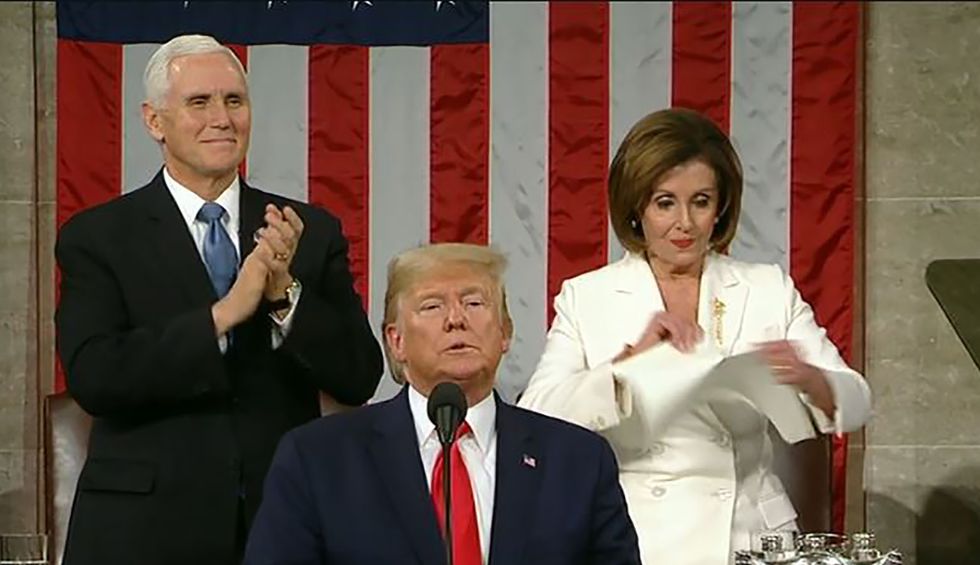 Every day of the Senate trial, Adam Schiff made the cases that Donald Trump is not a king. He’s not free to use the weaponry of the state as his personal tool, and not exempt from the consequences of his actions. He’s a citizen, constrained by law like the rest of us.

But of course, Republicans disagreed. And on Saturday morning Donald Trump made it clear that not only does he consider himself a king, he intends to make the remainder of his rule all about “grievance, persecution and resentment.”

Trump based his morning tweets on a two-week old article from The New York Times which looked at Trump’s post-impeachment actions. Susan Collins may have claimed that Trump was going to be chastened by the hearings, impeachment,  and trial.

And Trump has made it clear that he did learn something from the whole process. He learned that he can get away with anything — absolutely anything — without being concerned that Republicans will hold him accountable.

Following the impeachment, Trump has fired those who testified against him like Lt. Col. Vindman and Gordon Sondland. He’s taken petty vengeance on people like Vindman’s twin bother for having the bad taste of being related to someone on Trump’s enemies list. He’s held a White House session of self-congratulation in which he pointedly left out even most of the Republicans who voted to acquit over their failure to be sufficiently loyal. He’s continued hollowing out agencies across the government. He made it clear that he did send Giuliani to Ukraine to mine for political turds, and he told Geraldo Rivera that the way he will deal with phone calls to foreign leaders in the future is by conducting them in secret with no one listening in.

In one sense Trump’s mentality post-impeachment is that of the bunker. He’s been even more suspicious, more dismissive of the idea that anyone else has an opinion worth listening to, more determined to surround himself with a handful of only the most loyal, most protective staff (Welcome back, Hope Hicks!).

But if Trump is suspicious and angry down there in the gold bunker, he’s also feeling like he now has the space to revenge himself on anyone and everyone. And, of course, he’s ramped up his use of the Justice Department—and primary tool William Barr—to protect his friends, punish his enemies, and defy the whole concept of rule of law.

Trump has not just drawn a hard connection between himself and the state, he used his morning tweets to select a quote from the Times article that was surely meant to be a criticism.

“Ralph Waldo Emerson seemed to foresee the lesson of the Senate Impeachment Trial of President Trump. ‘When you strike at the King, Emerson famously said, “you must kill him.’ Mr. Trump’s foes struck at him but did not take him down. A triumphant Mr.Trump emerges from the biggest test of his presidency emboldened, ready to claim exoneration, and take his case of grievance, persecution and resentment to the campaign trail.”

Trump added a “witch hunt!” claim to this statement, making it clear that as he was reading this section, he was nodding along. King, yes, Persecution, certainly. Resentment, and how.

The series of revelations that spilled in the last three days showing that not only was Barr putting pillows in place to protect Trump’s associates from facing consequences of their crimes, but building a whole team designed to second-guess and undermine veteran prosecutors shows how far down the fascism path Trump is already gone. Trump has already embraced “jokes” about naming himself president for life. Now he’s putting out tweets in which he’s the king.

And his rabble is applauding.