'They are afraid': Democratic senator reveals what Republicans say about Trump behind closed doors 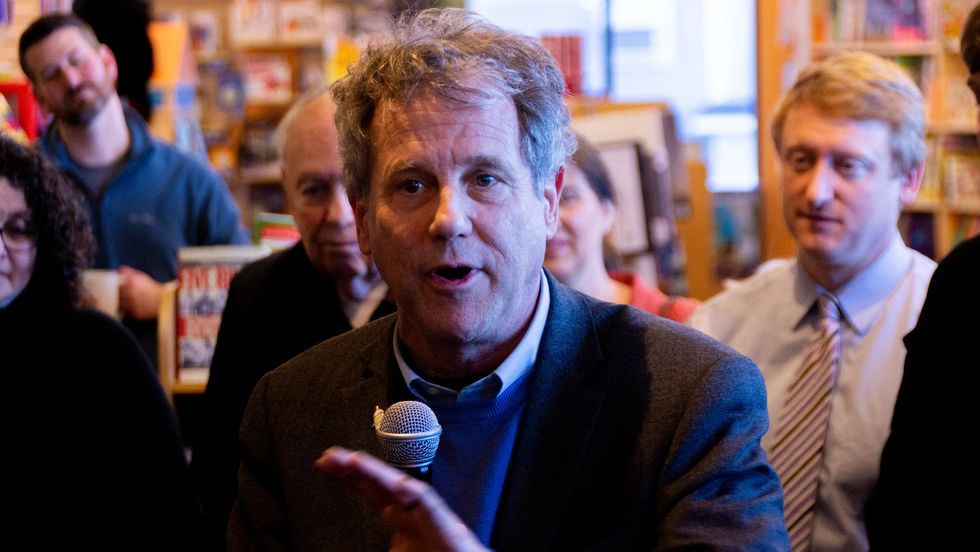 In a new op-ed published in the New York Times on the day Donald Trump was acquitted in his impeachment trial, Democratic Sen. Sherrod Brown of Ohio called out his Republican colleagues for their fear of the president.

In private, many of my colleagues agree that the president is reckless and unfit. They admit his lies. And they acknowledge what he did was wrong. They know this president has done things Richard Nixon never did. And they know that more damning evidence is likely to come out.

And yet, 52 of 53 Republicans senators — all except Sen. Mitt Romney (R-UT) — voted to acquit Trump and keep him in office, essentially giving their blessing to the president's misconduct.

So if they admit that Trump's wrongdoing was worse than Nixon's, why can't more Republicans break with the president?

"Of course, the Republican senators who have covered for Mr. Trump love what he delivers for them," Brown explained. "But Vice President Mike Pence would give them the same judges, the same tax cuts, the same attacks on workers’ rights and the environment. So that’s not really the reason for their united chorus of 'not guilty.'"

For the stay-in-office-at-all-cost representatives and senators, fear is the motivator. They are afraid that Mr. Trump might give them a nickname like “Low Energy Jeb” and “Lyin’ Ted,” or that he might tweet about their disloyalty. Or — worst of all — that he might come to their state to campaign against them in the Republican primary. They worry:

“Will the hosts on Fox attack me?”

“Will the mouthpieces on talk radio go after me?”

“Will the Twitter trolls turn their followers against me?”

They stop short of explicitly saying that they are afraid. We all want to think that we always stand up for right and fight against wrong. But history does not look kindly on politicians who cannot fathom a fate worse than losing an upcoming election. They might claim fealty to their cause — those tax cuts — but often it’s a simple attachment to power that keeps them captured.

He also cheekily noted that Republicans expressed outrage with Rep. Adam Schiff (D-CA) noted in his presentation to the Senate that a news report said the White House had threatened that anyone in the party who voted against the president would find their "head on a pike." Brown quoted Lizzo to say: "Truth hurts." And later on Wednesday, Schiff was proven right, as Trump and others lashed out at Romney for voting to convict.

What's perhaps most disturbing about the piece is that it makes clear Republicans have no plans to rein in Trump going forward, even after his misconduct threw the country into turmoil.

"I have asked some of them, 'If the Senate votes to acquit, what will you do to keep this president from getting worse?'" Brown wrote. "Their responses have been shrugs and sheepish looks."