The truth about Bernie Sanders' medical records: They're encouraging — but a key detail is missing 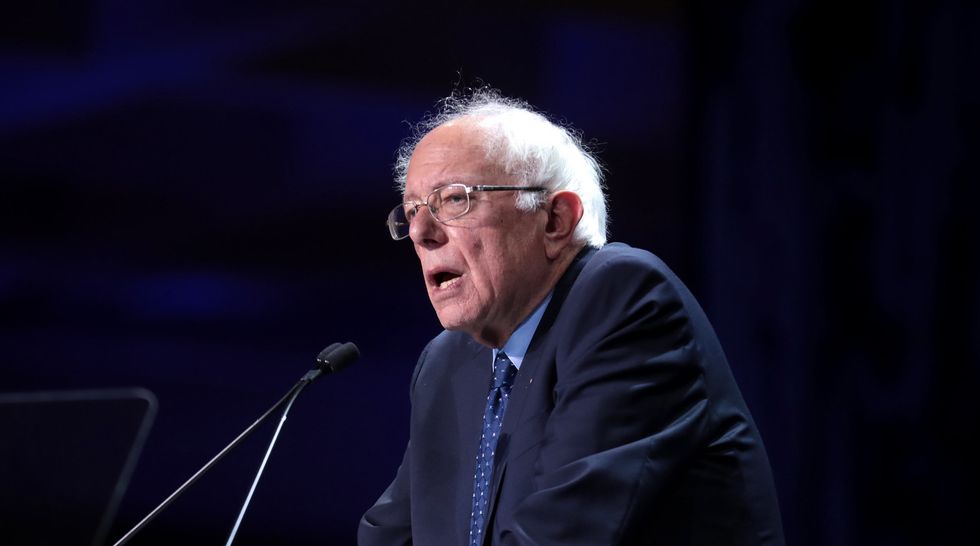 When Sen. Bernie Sanders (I-VT) landed in the hospital at the beginning of October 2019 after suffering a heart attack, it became guaranteed that his health would be an issue in the 2020 Democratic primary. The 78-year-old is known for his passionate rallies and reveling in the rigors of the campaign, but a candidate's health condition can change the course of an election, and a serious medical crisis like a heart attack puts into question his ability to do the job.

To help allay these concerns, Sanders assured voters that he would release "comprehensive" medical records. But he hasn't, and now it seems he doesn't plan on doing it. Instead, he released three letters in December from doctors describing his health positively and vouching for his ability to handle the campaign trail and potentially, the presidency.

“I think we have released a detailed medical report, and I’m comfortable on what we have done,” Sanders said at a recent CNN town hall. Pressed on whether the campaign intends to release more medical information, he said: "I don’t think we will, no."

An expert weighs in

So what can we learn from the information the campaign has released? I asked Dr. Hadley Wilson, a practicing cardiologist and a member of the American College of Cardiology's board of trustees to evaluate the letters Sanders has released.

Overall, he found the information provided to be "very reassuring" about Sanders' health and his recovery from the heart attack.

"His letters were strong on his behalf, from reputable institutions," Dr. Wilson told me, pointing in particular to the results of Sanders' cardiopulmonary exercise tolerance test. He also said he was "very impressed with Sanders' low cholesterol level and his healthy lifestyle."

"Mr. Sanders was able to exercise to a level that is approximately 50% higher than other men his age with a similar diagnosis," said the letter from Senior Clinical Exercise Physiologist Patrick Savage from the University of Vermont Department of Medicine. "Compared to otherwise healthy men with no known heart disease, his exercise capacity is average for [a] man his age."

It said these results are "suggestive of favorable outcomes, from a cardiovascular perspective, going forward."

But despite his overall positive reaction to the letters, Dr. Wilson told me that there was a key piece of information missing.

The letters do not mention Sanders' ejection fraction, which is the "amount of blood that’s ejected from the heart with each beat," he explained.

"That has usually been linked as a prognosticator as to how someone will do long term," Dr. Wilson explained. "That seems to be the one piece of information that was not included, and I suppose that would be why he did not release his medical records."

The worry, of course, is that by concealing some information and releasing others, the Sanders team might be presenting a cherry-picked picture of his health. Presidents, after all, have a history of concealing health issues from the public. And for Sanders, the omission particularly troubling, given that he previously said he would release "comprehensive" information about his health.

Nevertheless, Dr. Wilson said that the information in the letters is "otherwise pretty complete," and that from all appearances Sanders is recovering well from his heart attack. He believes the evidence to encouraging about Sanders's ability to live up the demands of the presidency.

What have other candidates done?

During the 2016 election, Hillary Clinton and Donald Trump only released letters from doctors attesting to their health. Trump's letter was particularly farcical, and his doctor later said the candidate wrote it himself.

The Sanders campaign has tried to dismiss the criticisms of his records as incomplete, drawing comparisons to other candidates' disclosures. But Trump's lack of transparency seems to provide even more reason for Democrats to be forthcoming, and no other candidate has had a heart attack in the middle of the campaign.

And there is precedent for greater transparency. When the late Sen. John McCain (R-AZ) was running for president in 2008, he was 71, and there were similar concerns about his health. He invited a group of reporters to view more than 1,000 pages of his medical records and interview his doctors. This may not be the height of transparency, but it's further than Sanders has gone.

It's also worth asking Sanders to live up to the standard he set for himself — that of releasing "comprehensive" records. Especially since it seems the campaign has been cagey about the issue thus far. A surrogate erroneously accused Mayor Michael Bloomberg of having a heart attack in the past, only to be forced to apologize. And after Sanders's October heart attack, he indicated to reporters that he may slow down his campaign.

“I think we’re going to change the nature of the campaign a bit,” he said. “Make sure that I have the strength to do what I have to do.”

Later, Sanders said he "misspoke" and blamed the media.

"I misspoke the other day. I said a word I should not have said and media drives me a little bit nuts to make a big deal about it," he said. "We're going to get back into the groove of a very vigorous campaign. I love doing rallies, and I love doing town meetings.”