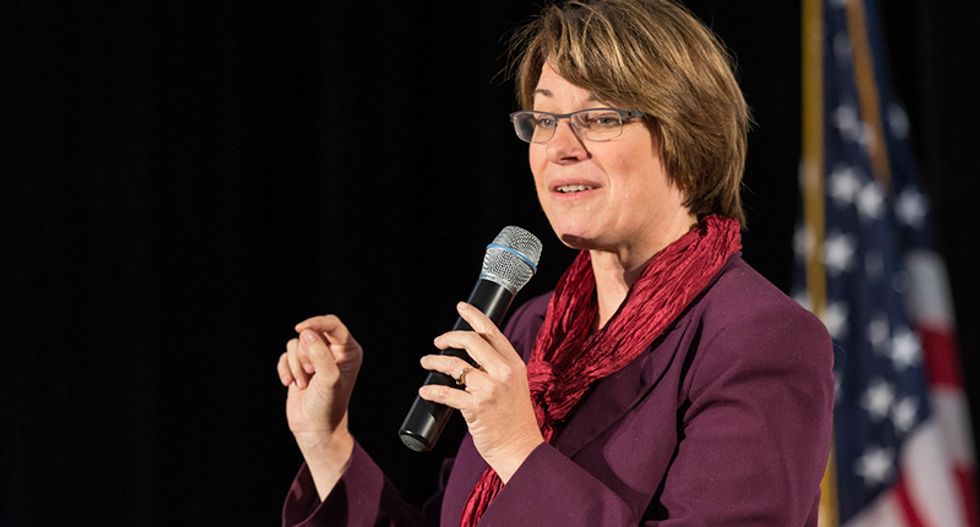 A thing that I do not understand is why journalists assume that Democratic presidential candidates absolutely must respond to pro-life activists, or deal with The Abortion Problem. I sometimes think it's because they teach you in journalism school that every four years Swing Voters sprout from the earth like cicadas demanding propitiation. And if the Swing Voters are not sufficiently placated, all manner of hell will break loose, like Swing Voters clinging to God & guns or refusing to speak to responsible centrist journalists in Midwestern diners so the poor scribblers can't expense their rice pudding. Things happen!

Because of these beliefs, articles like this one blossom eternally:

In a party that’s shifted leftward on abortion rights, Democratic presidential hopefuls are offering different approaches to a central challenge: how to talk to voters without a clear home in the polarizing debate over the government’s role in the decision to end a pregnancy.

We're told that the party is moving "leftward" on abortion, and is thus in danger of leaving some voters behind. What we're not told is why Democrats—or readers, really—should care, particularly because there’s little evidence across various pollsters, from PRRI to Gallup to Pew, that Democratic voters are trending toward restricting abortion rights.

The praise for Klobuchar suggests that Democrats who have heeded rising worry within their base about GOP-backed abortion limits by pitching significant new abortion-rights policies may risk alienating religious voters who are otherwise open to supporting their party over President Donald Trump. Voters in that group looking for an appeal to “common ground” on abortion, as former President Barack Obama put it during his 2008 campaign, have heard few of those statements during the current Democratic primary.

Let's set aside the misleading premise of the "different approaches" referred to here. As evidence of the assertion of the risk of "alienating religious voters," we hear from four anti-choice activists in the article, plus one Republican advising the Democrats on which nominee seems most moderate.

One of the activists (Kim Daniels) is a former spokesperson for the U.S. Conference of Catholic Bishops. This doesn't mean her ideas are invalid, of course, but the Bishops are well-known to slant heavily to the right on this issue, and they certainly tangled often with Pres. Obama, especially around the reproductive mandates in the ACA. Could any of this background have affected Daniels' perspective? Why should Democrats constantly have to conciliate their right wing? We're not told. What are the risks of doing so? We don't learn that either.

Another activist, Chris Crawford, is interviewed about asking Amy Klobuchar whether she would welcome pro-life voters. Crawford, as it turns out, is a former national field director for the Susan B. Anthony List, who, well, let them tell it:

Could it be that Crawford was being strategic in his questioning and reaction to Klobuchar's response? It certainly could! Again, it might be helpful to know something of his background in making that assessment.

Kristen Day of Democrats for Life is quoted as saying there are atheists in her coalition. Again, oh really? How many? Who are they? The Dems for Life website is silent on its membership, but does list five advisory board members, all of whom appear to be Catholics.

The last activist interviewed is Charles Camosy, who we are told "recently left the board of Democrats for Life in frustration over what he saw as the party’s absolutist approach to abortion." He didn't just do that—he left the party altogether. Why exactly should Democrats be interested in the opinion of a member of the American Solidarity Party? How many people do these activists represent? It's unclear that they're representative of much at all.

Meanwhile, only one reproductive rights advocate is interviewed. No religious supporters of choice are included, despite their being plentiful and friendly with microphones. Where are their voices? Are only pro-life Catholics worth an interview? Are only pro-life Catholics truly Christian? Remember, the article frames it as the "risk [of] alienating religious voters," a misleading and inaccurate statement.

I want to be quite clear that the people mentioned are all entitled to their opinion, and they have as much right to press for their views as any other Democrat. But this article makes far too many common mistakes. It's unbalanced. It takes people with clear agendas at their word. It imputes support for those people outside their own circle without much evidence. And worst of all, it does this:

An AP-NORC poll taken in December found that 45% of Catholics backed significant restrictions that would make abortion illegal except in cases of rape, incest, or threats to a mother’s life. Among Democrats and Democratic-leaning adults, 17% said that abortion should be illegal in most or all cases, a number that rises to 25% among self-identified conservative or moderate Democrats, according to a Pew Research Center survey last year.

This is also not evidence that Democrats must heed the cries of the pro-life vote. Again, let's math: That 45% of Catholics are for restrictions is irrelevant; not all Catholics are Democrats. That 17% of Democrats think abortion should be outlawed is more relevant, but 25% of conservative or moderate Democrats? By Pew's own calculations, that's a little more than 12% of all Democrats and leaners.

In other words, according to the very data enlisted to show that Democratic candidates have something to worry about on the abortion issue, 88% of all Democratic voters think abortion should be legal in some form. And by the heuristic I've developed based on this PRRI survey, if 20% of Democratic pro-lifers say they won't vote for a pro-choice candidate, that adds up 2.4% of the party, a little lower than the 4% who approve of Pres. Trump's job performance.

I'll break it to you nicely: those aren't Swing Voters, either. And even if they were, what's nearly always ignored in such discussions is the opportunity cost of trying to placate pro-life Democrats. How many pro-reproductive-rights Dems, in other words, are so turned off by the failure to stake out a clear moral position on the issue that they vote for another candidate or stay home?

So, to return to the original point, I do not understand why journalists persist in telling us that Democratic presidential candidates absolutely must respond to pro-life activists. Nor do I understand why they don't tell us that the vast majority of Democrats are on the same page as their candidates when it comes to this issue. It would be much more accurate reporting buying into a lot less tendentious spin. But I guess "Democrats in array" stories sell about as well as "dog bites man." Stop the presses and find me a Swing Voter to bite this party!