The 'nurtured insanity' of a fundamentalist upbringing 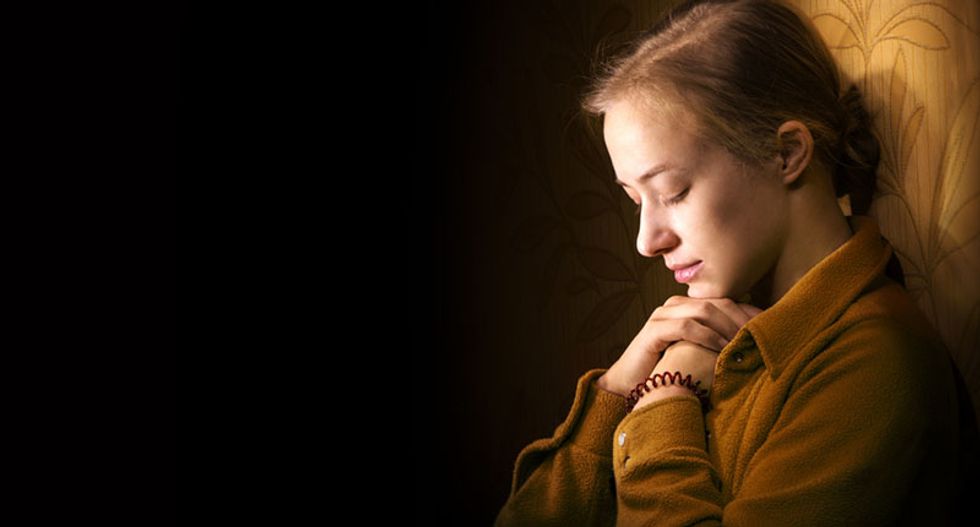 There is a great exodus taking place in Christian circles. Can it be called a loss of faith? I don’t think so. It is rather a loss of confidence in everything at once. Christianity has always been about “the Word,” but these days, words don’t seem to matter. They’ve lost their power to describe and convince in the face of horrible deeds, from climate-change denial to the persecution of trans people to the wholesale abandonment of Christ’s teachings in favor of abusive meanness. The hard-right white evangelical voter gave us Trump. The church sat silent as industrial oligarchs ruined the earth.

Christianity is improbable. When its cultural presence fades, be that through the Roman Catholic sex-abuse meltdown or because of the Trumping of white evangelicalism, all that’s left is disillusionment. Presuppositional theology—the sort of “apologetics” my late father Francis Schaeffer dealt in—only works if you accept the possibility that some of “this” (i.e., the entire claim of “historical” Christianity) might be true. Fewer and fewer people do these days, outside of the initiated and indoctrinated. The grim “witness” of how Christians have behaved and voted is too heavy a blow for faith in magical thinking to survive.

The Empty the Pews anthology marks a historic moment as a group of younger writers and scholars have come together to record what is happening (and has happened) to their inner lives of faith. What ties these essays together is one idea: history needs record keepers. Bluntly: as the aging, Fox News-loving “alternative facts” crowd dies out, what’s left? Contributors to Empty the Pews and the millions they represent are one answer.

There are some big differences between these contributors and me. They represent a generational shift. Most, though not all, are Gen Xers and Millennials to whom I’m the “old guy.” And none of them had anything like my kind of nepotistic celebrity within evangelicaldom. That said, I find solidarity herein, the solidarity of survivors.

Many people who grew up in evangelical homes will understand me when I say that remembering my own evangelical upbringing seems like an odd and bad dream. Throughout my early childhood, we Schaeffers were busy littering train seats, café tables, and assorted telephone booths all over Europe with luridly illustrated little pamphlets “in the local language, in case someone is led to read it,” as Dad said. They had titles such as “What Must I Do to Be Saved?” and “Is There a Heaven and Hell?” and “Where Will I Spend Eternity?” Sometimes, as our train roared through Italian or Swiss towns, Dad would fling handfuls of tracts from the window at astonished passersby. The lesson I learned from all this was that there was “us” (the saved) and “them” (the lost). This set in motion the us-and-them way of thinking that, transposed decades later to politics, cast Democrats as “the lost,” deserving of hell, and us Republicans as saved and favored by God—no matter how far our actions strayed from anything remotely Christlike.

How do you unscramble this level of broken-brain toxicity? To read Empty the Pews is one good answer. The writers here are exposing the Christian right as a toxic farce. Since I was for a time a leader in that netherworld, and since I’ve been a bit of a pioneer in speaking out about leaving it, I welcome this book of essays. It heralds the arrival of the next wave of questioners I helped unleash by asking some questions of myself through my novels, nonfiction books, and media appearances.

A large part of what Empty the Pews does is capture a generational exodus from toxic Christianity from the perspective of (for the most part) former believers. What is the usefulness of the essays? They are a record of dissent! They are a record of heartbreak! They are a record of hope based on lives lived, not unattainable magical fixes! They are also a therapeutic reaching out to those (like me) whose neural pathways have been damaged by what has to be called nurtured insanity.

During a different period of religious madness, in seventeenth-century Massachusetts, Anne Hutchinson was an “unauthorized” Bible teacher in a dissident church group who, in the words of the Boston monument honoring her, was a “courageous exponent of civil liberty and religious toleration.” She was also a student of the Bible, which she interpreted by the light of what she termed her own “divine inspiration.” In other words, like the writers in Empty the Pews, she came to believe that in order to remain a sane and decent being, she had to pick and choose what she believed from her tradition. Let’s hope a better fate awaits these essayists—Hutchinson was banished from the colony for her stand.

Hutchinson seems to have concluded that religious believers should worship God, not the books about God. Another way to state her case is that God does not reveal himself, herself, or themselves through books but rather through what she called the “prophetical office” of the heart, like that which is revealed in the essays compiled for Empty the Pews.

Our hearts connect to a truth larger than ourselves: love of others in the context of community. That is the value of the anthology’s written windows into lovely souls changing before our eyes. They provide the place and time for the inner liturgies through which we may unite with these writers heart-to-heart, in order to seek out those truths that even our best words cannot describe.

This excerpt from Empty the Pews is published with permission from Epiphany Publishing and the editors, Chrissy Stroop and Lauren O'Neal.