Susan Collins was among the Senate Republicans who tried to talk Trump out of firing Sondland: report 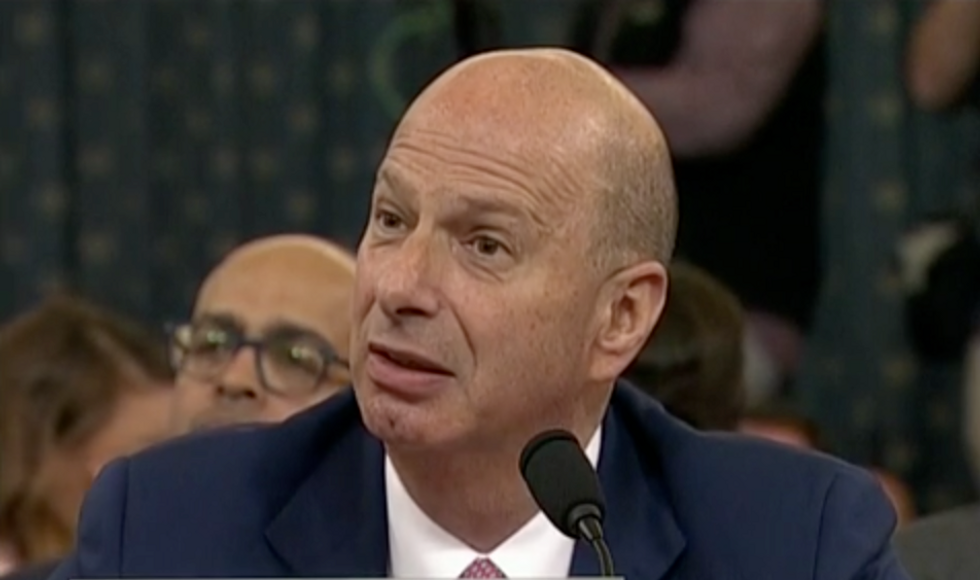 After the GOP-controlled U.S. Senate acquitted President Donald Trump during his impeachment trial on February 5, some Republicans were hoping he would leave well enough alone and not try to take revenge. Instead, Trump fired Lt. Col. Alexander Vindman and Gordon Sondland (U.S. ambassador to the European Union) as well as Vindman’s brother, Lt. Col. Yevgeny Vindman (an attorney for the National Security Counsel, or NSC). These firings have been dubbed the Friday Night Massacre, and according to the New York Times, Sen. Susan Collins of Maine was among the GOP senators who unsuccessfully tried to convince Trump that firing Sondland would make him look bad.

According to Times reporters Maggie Haberman, Peter Baker and Michael S. Schmidt, the Republican senators argued that since Sondland was talking about leaving after Trump’s Senate trial, there was no purpose in firing him — Trump should that just be patient and let Sondland resign when he was ready to resign. But Trump insisted on acting on his thirst for revenge sooner rather than later.

“Mr. Sondland conveyed to the State Department officials that if they wanted him gone that day, they would have to fire him,” the Times reporters explain. “And so, the president did, ordering the ambassador recalled from his post, effective immediately.”

Trump’s animosity for Sondland and Alexander Vindman obviously stemmed from the fact that both of them testified during House Democrats’ impeachment inquiry against the president. When two articles of impeachment — one for abuse of power, the other for obstruction of Congress — came up for a full House vote on December 18, he was indicted on both of them. However, Trump was later acquitted along mostly party lines in an impeachment trial in the U.S. Senate.

Trump has been drawing heavy criticism from Democrats as well as Never Trump conservatives for the Friday Night Massacre. Rhode Island Sen. Jack Reed, a Democrat, asserted, “By firing Lt. Col. Vindman and Ambassador Sondland like this, the Trump Administration signaled it won’t tolerate people who tell the truth. The fact that Lt. Col. Vindman’s brother was also removed from the NSC…. signals that the president places blind loyalty above all else, including testimony under oath.”