Sen. Joe Manchin has a proposal that will call the bluff of Trump's weak-willed Republican enablers 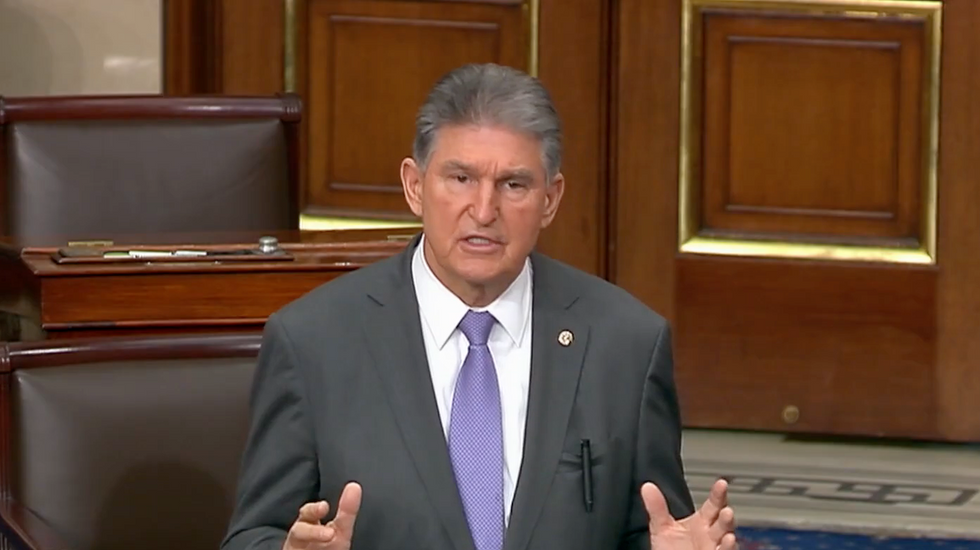 Democratic Sen. Joe Manchin of West Virginia called for a censure vote of Donald Trump on Monday from the well of the Senate floor. It's nowhere near as good as removal from office, to be sure. And under any normal circumstances, it could be seen as a gift to Senate Republicans, giving those who are bear-hugging Trump a chance to vote against it while offering GOP members who need to signal disapproval for electoral reasons a way to claim they held Trump accountable.

But guess what? This is going to squeeze all the GOP squishes who have spun their no-witness vote by saying what Trump did was inappropriate but not impeachable. Okay, then: Put your money where your mouth is.

Just off the top, that list of GOP senators includes Lamar Alexander of Tennessee, Lisa Murkowski of Alaska, Joni Ernst of Iowa, Rob Portman of Ohio, Pat Toomey of Pennsylvania, Chuck Grassley of Iowa, Ben Sasse of Nebraska, Marco Rubio of Florida, and perhaps others.

Sen. Alexander, for instance, led the way in justifying his vote against hearing witness testimony in the Senate trial by admitting that Trump's actions were improper but asserting they didn't rise to the level of removing him from office. “I think he shouldn't have done it. I think it was wrong,” Alexander told Meet The Press Sunday. "I don't think it's the kind of inappropriate action that the framers would expect the Senate to substitute its judgment for the people in picking a president,” he added, saying voters should make the final determination this November.

Great! If it's wrong and Trump shouldn't have done it, let's make that crystal clear, amiright?

Manchin has already written the resolution, but he will need agreement from GOP Leader Mitch McConnell to put it to a vote. In theory, this should be a no-brainer for Senate Republicans. They would all get to vote their conscience without a total governmental disruption, and it could help insulate some vulnerable GOP senators that are up for reelection this fall. But in practice, this Republican Party is just too subservient to Trump. Trump insists his call with Ukrainian President Volodymyr Zelensky was a "perfect call" and he would blow a gasket if any Republican senators voted to censure him (immediate enemies list status!).

So go ahead and watch Republicans squirm out of this one. In all likelihood, McConnell will kill it as soon as possible, so no one in his caucus has to answer for it.