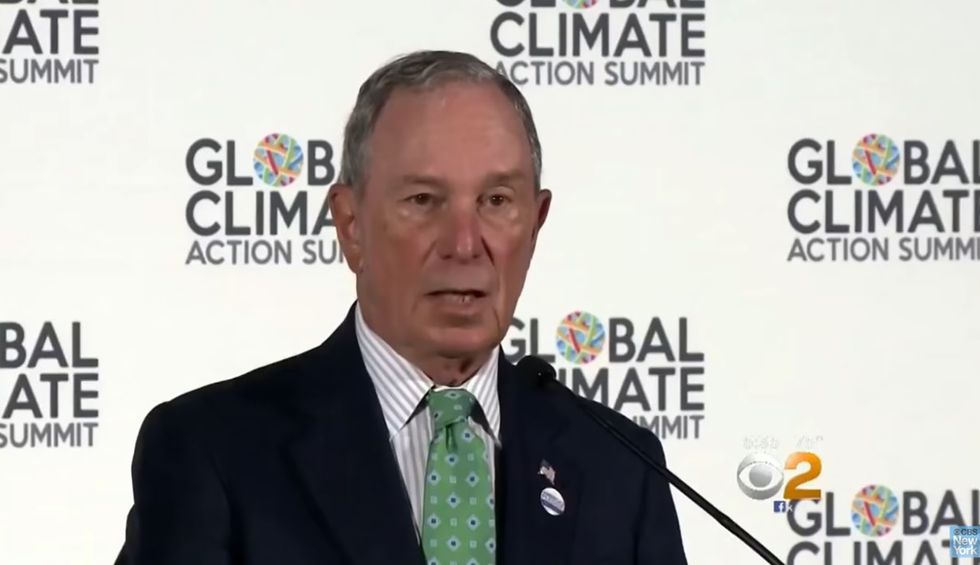 Most commentators viewed Wednesday night's Democratic presidential primary debate as a resounding defeat for the newcomer to the stage, billionaire and former New York Mayor Michael Bloomberg. And on Friday, new polling released by Morning consult backed up that conventional wisdom.

Bloomberg, who has shot up in the polls in recent weeks due, apparently, to his unprecedented spending on campaign ads, fell three points in his national standing since the debate, the polling firm found.

While 20 percent of Democratic primary voters listed him as their first choice before the debate, that was down to 17 percent afterward.

But even worse than that for the former mayor was the apparent effect of the debate on his favorability.

Bloomberg's "net favorability — the share with favorable views minus those with unfavorable views — fell 20 points since the pre-debate poll," the poll found.

The drop was driven by men and women, and black and white voters, nearly equally, while his net favorability fell 30 points among self-described moderates — a group that has helped fuel his rise as he has presented himself as a more mainstream alternative to Sanders, a self-described democratic socialist.

No other candidate saw notable change in net favorability, including Sen. Amy Klobuchar (D-Minn.) and former South Bend Mayor Pete Buttigieg of Indiana, whose back-and-forth was the other headline of the night.

While all the candidates onstage took shots at Bloomberg, Massachusetts Sen. Elizabeth Warren's persistent attacks drew the most attention and praise. She slammed him on his use of non-disclosure agreements to silence women, his use of his wealth to buy political influence, and his implementation of the racist and unconstitutional stop-and-frisk policy as New York mayor.

Perhaps even worse than the attacks, though, was his reaction to them. He seemed caught off guard, rolled his eyes, and acted defensive. He frequently bent the truth or lied and acted squirrelly when pressed on tough issues. It was the performance of someone clearly not ready for the national stage.

The poll found that Warren got a bump in her support after the debate, moving from 10 percent to 12. But it probably didn't help her chances on net, because frontrunner Sen. Bernie Sanders gained two points as well, moving from 28 percent to 30 percent. These moves, however, remained within the poll's margin of error, and other polling will need to support any trends found to confirm these numbers aren't outliers.