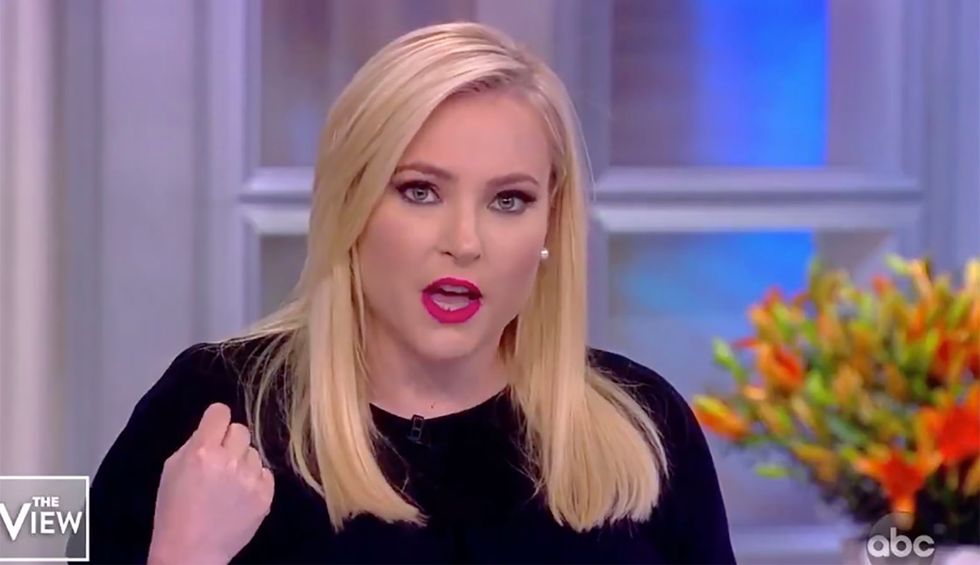 The Florida Republican immediately started an argument with Joy Behar, and conservative Meghan McCain laughed in his face for defending a possible pardon for Trump friend Roger Stone — who was convicted of lying to Congress and threatening a witness in the Russia probe.

Gaetz started shouting about former President Bill Clinton’s pardons, and claimed the presidential pardon power was a vestige from the British monarchy — which gave the “sovereign” the authority to extend “unlimited grace.”

“Did you just say the sovereign?” asked host Whoopi Goldberg, but then realized Gaetz was only attempting an analogy, and not calling Trump a king.

McCain then challenged the lawmaker to explain how Trump could win over conservative women like herself who were put off by the president’s attitude towards women.

“I’m not a Trumper, I think everyone knows that is very clear,” she began. “Policy-wise he’s been great on many things, many things that are very important to me — life, military, the economy — but his character issues are still what holds me and so many, especially I think conservative women, back from going full throttle with him.”a

“I think you’re going to have a problem,” McCain added, “specifically with college educated women coming into the next election cycle. What would you say to women like me who still hold back on the grab them in the blank, attacking war heroes, attacking Gold Star families.”

“Well look,” Gaetz shouted, “if cheating on your wife is a disqualifications to be president, y’all probably should have impeached Bill Clinton.”

The panelists were momentarily stunned, and they all reminded a stumbling Gaetz that the House had, in fact, impeached Clinton.

Gaetz attempted to recover from his stumble.

“Not with all of you waving any pom-poms,” Gaetz said.

A confused Hostin asked what that meant, and Behar waved Gaetz off.