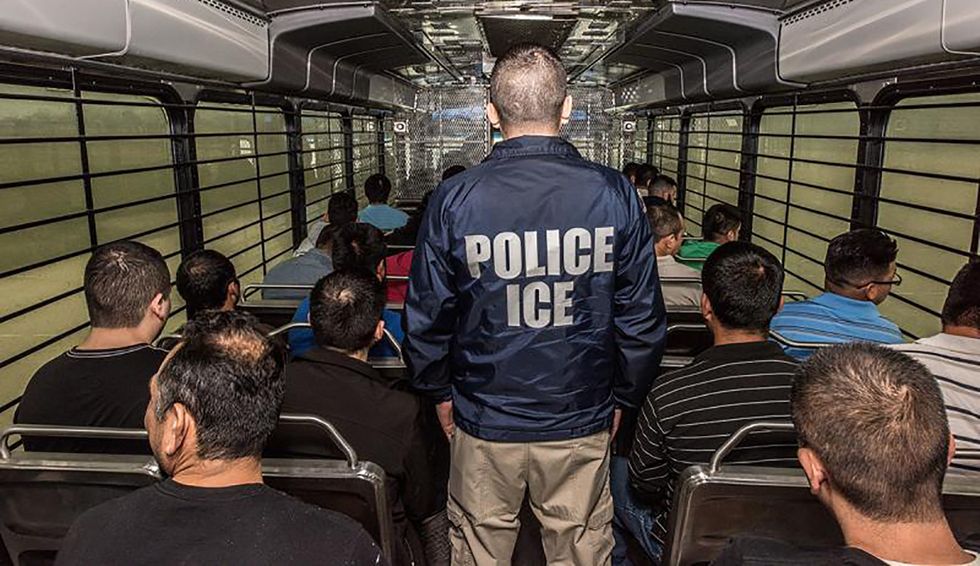 A federal judge in Tucson, Arizona delivered a blow Monday to the Trump administration's strategy of criminalizing humanitarian aid work along the southern border with her decision to overturn the convictions of four volunteers on religious freedom grounds.

U.S. District Judge Rosemary Márquez concluded in a 22-page opinion (pdf) that Natalie Hoffman, Oona Holcomb, Madeline Huse, and Zaachila Orozco-McCormick—volunteers with the religious aid group No More Deaths/No Más Muertes—had "met their burden of establishing that their activities were exercises of their sincere religious beliefs" under the Religious Freedom Restoration Act (RFRA).

In a bench trial last year, U.S. District Judge Bernardo Velasco found all four volunteers guilty of federal misdemeanors for entering the Cabeza Prieta National Wildlife Refuge without a permit, driving on a restricted-access road, and leaving food and water for migrants. Velasco fined the volunteers $250 each and sentenced them to 15 months of unsupervised probation.

The refuge, located in the Sonoran Desert along the southern border, serves as a common—yet dangerous—route for migrants to cross into the United States. Márquez's opinion noted that the remains of more than 2,800 migrants were found in Pima County between 2000 and 2017, and the actual number of deaths in the area—often tied to dehydration and exposure to the extreme conditions—is believed to be much higher. In an effort to prevent more deaths, humanitarian aid volunteers leave supplies in the desert for those passing through.

Although the four volunteers in Monday's case were not charged with immigration-related offenses, the federal government asserted that it has a compelling interest in "enforcing the border and controlling immigration," and claimed that the volunteers' actions "furthered and encouraged illegal smuggling activity" in the refuge. Addressing that issue, Márquez wrote:

The government seems to rely on a deterrence theory, reasoning that preventing clean water and food from being placed on the refuge would increase the risk of death or extreme illness for those seeking to cross unlawfully, which in turn would discourage or deter people from attempting to enter without authorization. In other words, the government claims a compelling interest in preventing defendants from interfering with a border enforcement strategy of deterrence by death. This gruesome logic is profoundly disturbing. It is also speculative and unsupported by evidence. As discussed above, 32 sets of human remains were recovered from the refuge in 2017 alone, and the government produced no evidence that these fatalities had any effect in deterring unlawful entry. Nor has the government produced evidence that increasing the death toll would have such an effect.

Thus, the judge concluded, "the government failed to demonstrate that it furthered any compelling interest by prosecuting defendants."

In a statement Tuesday, No More Deaths volunteer Alicia Dinsmore said that "this ruling reaffirms what No More Deaths has always maintained: providing life-saving humanitarian aid is never a crime."

"The reversal of the convictions is a victory for all people of conscience and righteousness who seek to end the death and suffering in the borderlands," Dinsmore added. "People continue to die every day on Cabeza Prieta and we will continue to act on our moral imperative to do this vital work."

The ruling also was welcomed Monday by professor Katherine Franke, faculty director of the Law, Rights, and Religion Project at Columbia Law School. Franke, who had filed a friend of the court brief in the case on behalf of seven religious liberty law scholars, said in a statement that "we are quite pleased to see that Judge Márquez applied an analysis of the RFRA claim that mirrored the structure we provided in our brief."

"Judge Márquez's opinion marks a significant defeat for the Department of Justice in its effort to protect religious liberty rights only when they advance the White House's political agenda," Franke noted. "This is now the second time in several months that a federal judge has granted a faith-based defense raised by immigrants' rights activists who are being criminally prosecuted by the federal government for coming to the aid of people crossing the deadly Arizona desert."

As the statement explained, in November 2019, U.S. District Judge Raner Collins granted the RFRA defense raised by No More Death's volunteer Scott Warren related to misdemeanor charges that arose from his humanitarian work. Last year, Warren also faced felony charges and up to 20 years in prison for providing food, water, clean clothes, and shelter to two men traveling through the Sonoran Desert.

Warren was acquitted of the felony charges at his second trial in November, just months after his first trial for those charges ended with a hung jury. The case garnered global attention, with human rights advocates worldwide demanding that federal prosecutors drop the charges and stop "criminalizing compassion."

Ryan Devereaux reported for The Intercept Tuesday that "all told, Trump administration prosecutors, working alongside the U.S. Border Patrol and Fish and Wildlife officials, have brought charges against nine No More Deaths volunteers in the past two and a half years."

Franke told Devereaux that although she expects the government to appeal Márquez's decision, the judge thoroughly and carefully analyzed the religious liberty claim.

"The government isn't going to roll over just because they lose a case or two," she said. "But what we've got now is a developing record of careful analysis from federal courts on how RFRA ought to apply in contexts like this."