'It is shameful!': Democrat Ted Lieu corners Mike Pompeo before he runs off to CPAC and avoids more questions 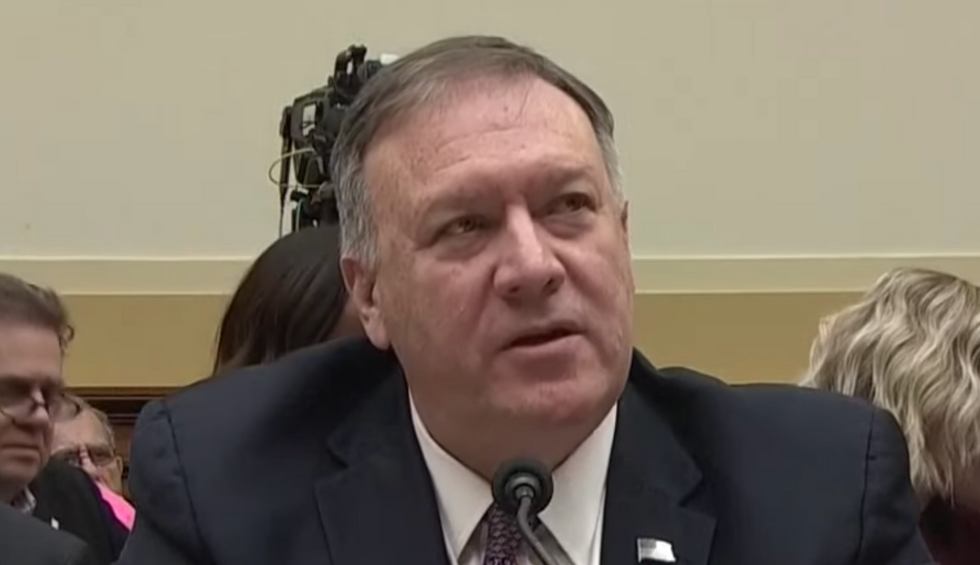 Some Democrats have been highly critical of the response by President Donald Trump’s administration to the threat of coronavirus, which according to CNN, has killed more than 2800 people worldwide. One of those Democrats is California Rep. Ted W. Lieu, who aggressively grilled Secretary of State Mike Pompeo during a congressional hearing on Friday.

Questioning Pompeo, Lieu brought up Acting White House Chief of Staff Mick Mulvaney’s statements on coronavirus — telling Pompeo that Mulvaney “told the Conservative Political Action Conference that the coronavirus was the hoax of the day” and asking him if he agreed with that assertion. Pompeo evasively responded, “The State Department is doing everything it can to protect American citizens around the world.”

But Lieu pressed on, against asking Pompeo, “Do you believe the coronavirus is a hoax?” — to which Pompeo responded, “We’re working to keep people safe.” Lieu told Pompeo, “You can’t even answer that question. It’s not even a gotcha question.”

Lieu then noted that Pompeo would be speaking at the 2020 Conservative Political Action Conference (CPAC) later that day, implying that CPAC was a higher priority for him than a hearing on coronavirus. CPAC, which is taking place in Fort Washington, Maryland, started on Wednesday and continues through this Saturday, February 29.

The California congressman told Pompeo, “So, you could only give two hours to this bipartisan group of members of Congress. And instead of answering questions on life-and-death issues from a bipartisan group of America’s representatives, you’re going to go talk to a special interest group? You, sir, represent all Americans, not a special interest group. It is shameful! You can’t even answer basic questions.”