How to abolish the Electoral College 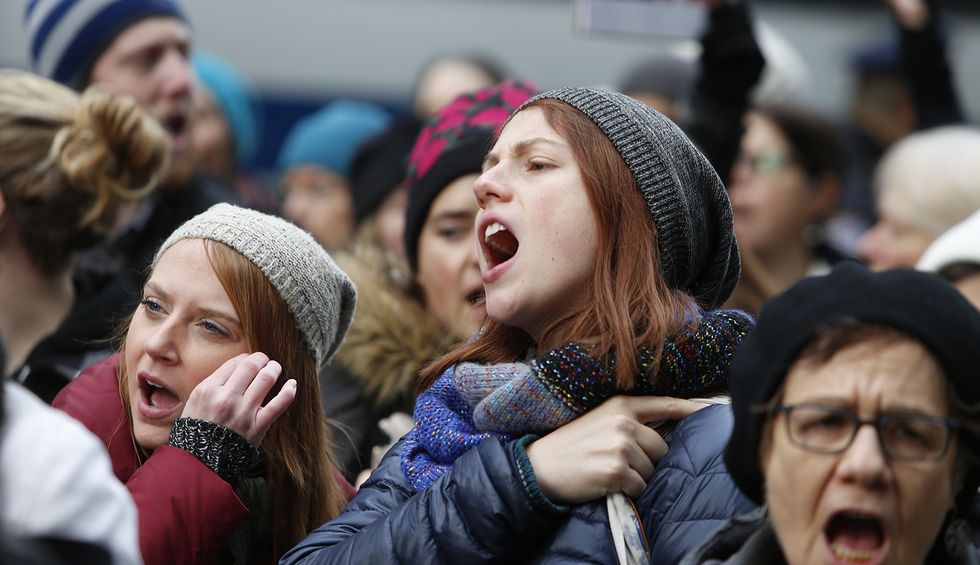 Most Americans are by now aware of Article II of the U.S. Constitution, allocating to each state its respective weight in presidential elections based on the number of representatives to which it is entitled in both the House and the Senate. However, many Americans remain unaware of the last Sentence of Article V which sets forth the only constitutional provision which cannot be abrogated by constitutional amendment unless every state consents.

Without this small but critical electoral advantage guaranteed to smaller states at the Constitutional Convention, the small state representatives made clear not only that they would absolutely refuse to join any proposed union which deprived them of that weight in the Electoral College (based on equal suffrage in the Senate), but that they would also form their own separate nation if not so granted.

Connecticut Representative Gunning Bedford warned his fellow Framers that they would walk out of the Convention if the large states persisted in depriving the small states of their equal representation in any proposed legislature and declared:  “The small states will find some foreign ally of more honor and good faith who will take them by the hand and do them justice.” Fearing that the large states would bully the small states into giving up their equal representation in the legislature, Rhode Island refused to send any delegate at all to the Convention.

With the large states demanding “one person, one vote” in any constituted legislature, and already in the early stages of forming their own separate amalgamation complete with tariffs and borders, deadlock loomed, along with any hope of forming a united country. It soon appeared that the vision of a “United States” would die an ignominious death in the womb before even being born. An advisor to King George III gloated that the American colonies were on the verge of collapse, and that the former colonists would soon “openly concert measures for entering into…their former connection to Great Britain.” As Representative Luther Martin later recalled, “We were on the verge of dissolution, scarce held together by a hair.” An exasperated George Washington even despaired of “securing a favorable issue to the proceedings of the Convention and do therefore repent of having had any agency in this business.”

On the ‘verge of dissolution’, it was only in the final days of the Convention that the “Grand Compromise” was proposed as a last desperate measure to create a united union. As every school child has learned, this Grand Compromise consisted of three intertwined  components: First, a bifurcated Congress consisting of a House based on “one person, one vote” as demanded by the large states, and a Senate based on “one state, one vote” as demanded by the small states; second, a presidential election process based on the number of representatives each states was entitled to in both the House and the Senate; third, and perhaps most important of all, an absolute guarantee against any future demagogues attempting to use the constitutional amendment process to deprive the small states of their equal suffrage in the Senate upon which their weight in presidential elections is based.

It turns out that the smaller state’s fears of future demagogues using the constitutional amendment process to deprive them of both their equal Senate suffrage and their weight in presidential elections was well founded. Indeed, since the ratification of the Constitution, there have been over 700 attempts to do so, mainly by population concentrations in the large states which eschew the foundations of federalism upon which Constitution is based, and who prefer the Russian and French systems based on a hypothetical “national popular vote.”  All have failed, however, when confronted by the Framers’ Article V guarantee to the small states -- upon which each state’s weight in presidential elections is based.

Thus, when in 1956 a young Senator John F. Kennedy pointed all this out in his famous Senate speech, a Republican attempt to undermine the federalist foundations of the Constitution quickly collapsed. As Kennedy also reminded his less informed colleagues that abolishing the electoral college would “greatly increase the likelihood of a minority president…it would break down the federal system upon which the states entered the union, which provides a system of checks and balances that ensure that no area or group shall obtain too much power…”.

To those fellow Senators who begrudged the small advantage the Constitution provides to the small states in the Electoral College, Kennedy reminded them: “Today we have an electoral system which gives both large and small states certain advantages that offset each other…” Finally, Kennedy quoted to his colleagues Madison’s vision of federalism as enshrined in the constitution: “(T)his government is not completely consolidated, nor is it entirely federal…Who are the parties to it? The people—not as the people comprising one great body, but the people comprising 13 sovereignties…”

It is now well known that Kennedy’s valiant defense has since been taken up by minority groups, especially African Americans, who later played a critical role in preserving the Electoral College during later Republican attempt to “abolish” it to the disadvantage of minorities. As Vernon Jordan, president of the National Urban League later testified:  “Take away the Electoral College and the importance of being black melts away, Blacks, instead of being crucial to victory in major states, simply become 10% of the total electorate, with reduced impact.”

Robert Hardaway is Professor of Law at the University of Denver Sturm College of Law, and the author of the recently released “Saving the Electoral College: How National Popular Vote Would Undermine Democracy.”