How the GOP-controlled Senate is putting the pensions of 1.3 million Americans at risk 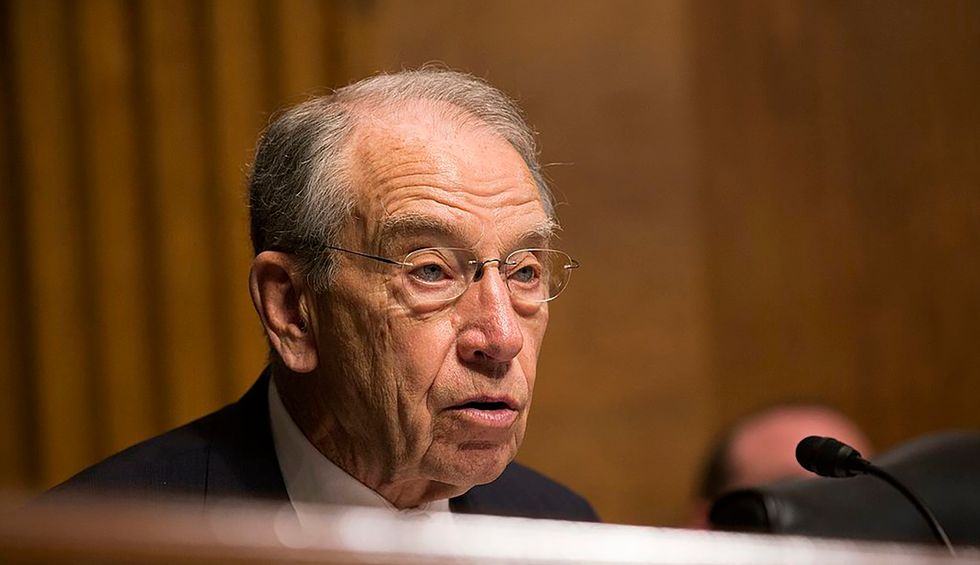 Glen Heck spent 28 years sweating in a Campti, Louisiana, paper mill that he likes to say was “hotter than nine kinds of hell.”

But now, Heck’s sacrifice may have been for nothing because his multiemployer pension plan is one of about 150 nationwide set to go broke. If that happens, the 78-year-old Heck will have to find a cheaper, lower-quality health plan and keep the beef herd he’s itching to sell.

The Democratic-controlled House passed—with bipartisan support—a commonsense plan to save Heck’s pension and those of another 1.3 million workers, retirees, and widows. But Republican leaders in the Senate refuse to consider it.

In the meantime, the futures of workers and retirees like Heck hang in the balance. Many face retirement with fear instead of anticipation.

Multiemployer pension plans like Heck’s include workers from two or more companies in industries such as transportation, entertainment, construction and paper. Employers make contributions for workers as part of their compensation. Heck and others often give up wage increases or other benefits to fund those plans.

Many of the 1,400 plans nationwide are still healthy. But through no fault of workers or retirees, about 150 are struggling.

Recessions in 2001 and 2008 cut the plans’ investment earnings, and some corporations used bankruptcies to evade pension obligations. Deregulation forced less-competitive companies out of business, straining the plans’ resources.

Now, they owe more money to beneficiaries than they have coming in, and they’re at risk of collapsing. The PACE Industry Union-Management Pension Fund (PIUMPF)—Heck’s plan—is one of them. According to recent projections, the fund will be insolvent in as few as 10 years.

Under the bill passed by the House, the Butch Lewis Act, the Treasury Department would loan money to troubled plans. The plans would use the money to meet their obligations to retirees, and they would repay the loans over 30 years.

The federal government already has an agency, the Pension Benefit Guaranty Corporation (PBGC), to pay benefits to retirees when multiemployer plans crumble. But it’s no substitute for the Butch Lewis Act.

PBGC provides only a fraction of the benefits beneficiaries earned. Also, so many plans are imperiled that the PBGC’s insurance program itself is at risk of collapse.

If plans fail, workers and retirees will lose as much as 98 percent of their benefits. The Butch Lewis Act would ensure that they receive the money they earned, not pennies on the dollar.

Heck, a former officer with United Steelworkers (USW) Local 13-1331 in Campti, knows widows of paper workers—one with a small child—who’d be financially devastated without their late husbands’ pensions. He knows a retiree with major health problems who’d have no way of paying medical bills without his pension checks.

“He’s just worried to death about it,” said Heck, who worked at the paper mill under a handful of operators, including current owner International Paper.

Cedric McClinton, president of Local 13-1331 and a technician at the paper mill, said pensions are the main source of retirement income for many workers and retirees. If those benefits get cut, there’s no easy way to make up the difference.

“You’re either looking at working longer—and who wants to work until you’ve got one foot in the grave and the other on a banana peel—or you’re looking at making concessions after you’ve worked all that time,” McClinton said.

Workers worry about downsizing their homes, giving up travel plans and going on government assistance programs.

“We talk about these things all the time,” McClinton said. “It’s real.”

Instead of passing the Butch Lewis Act to fix the pension crisis, Senate Republicans introduced legislation that would make the problem worse.

Sens. Chuck Grassley of Iowa and Lamar Alexander of Tennessee want to increase the premiums that retirement plans pay PBGC—something that would push currently healthy plans into financial ruin and put more workers’ retirements in jeopardy. The added costs also would propel some employers into bankruptcy, costing workers their jobs.

Grassley and Alexander also want to increase taxes on pensions, taking a bigger slice of the benefits workers earned and imposing a greater burden on retirees unable to afford it.

Workers and retirees didn’t create the pension crisis. But Grassley and Alexander want them to pay for it.

Uncertainty gnaws at Birchfield’s coworkers. Some in their 60s are thinking about retirement, but hesitate because of the pension crisis.

“They’ll ask us, ‘what do you think is going to happen?’ We can’t answer those questions,” Birchfield said.

McClinton and Birchfield pounded the halls of the Capitol to share members’ stories and concerns. But Senate Republicans fail to get the message.

Pensions aren’t perks or “extras.” Workers earned these benefits, and they rely on that money being there during their golden years, just as members of Congress count on receiving taxpayer-subsidized pensions when they leave office.

Failing to pass the Butch Lewis Act means consigning 1.3 million Americans to meager retirements. Some will fall into poverty after supporting themselves all of their lives. Many already see their dreams slipping away.

These hardworking men and women deserve immediate Senate passage of a responsible bill that safeguards their futures.