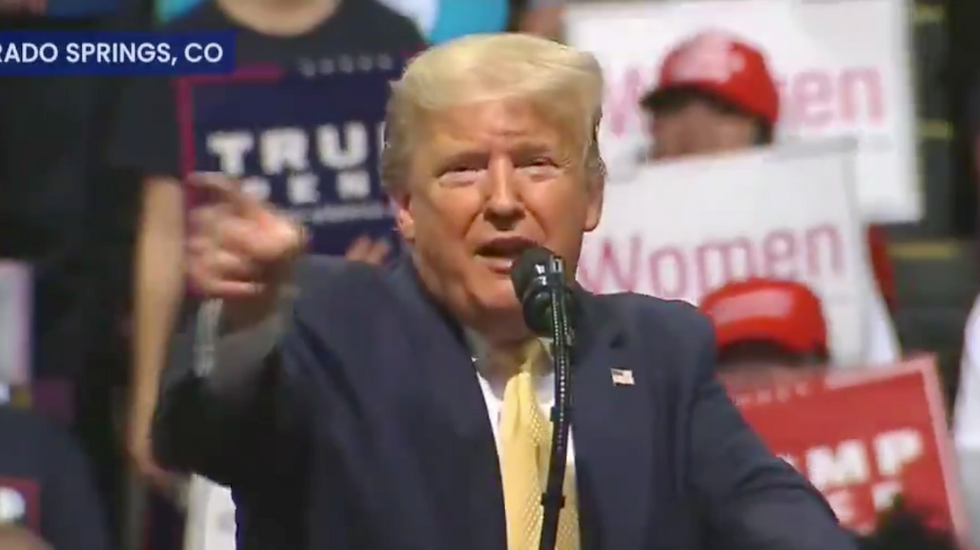 It wasn't a very notable clip, but apparently Trump watched it, and it set him off. It featured A.B. Stoddard, a conservative commentator opposed to the president, repeating on host Neil Cavuto's show the conventional wisdom that, despite his 2016 victory, Trump frequently did not perform well in the presidential debates.

"I think that Donald Trump had disastrous debate performances," Stoddard said. "Many answers were so cringeworthy you just couldn't even believe he was still standing on the stage."

But he didn't stop there. Hours later, at a rally in Colorado Springs, Colorado, Trump was still fuming about Stoddard's off-hand comment.

He began reading a series of numbers and percentages — supposedly polls, but who can be sure? — that were meant to contradict Stoddard.

"She said Donald Trump didn't do well in the debates!" he said. "See, they're fake news!"

Watch clips of his remarks below:

Trump is so shook by that Fox News segment criticizing his debate performance that he's devoted about 15 minutes of… https://t.co/UmzeLxhsUH
— Aaron Rupar (@Aaron Rupar) 1582246237.0