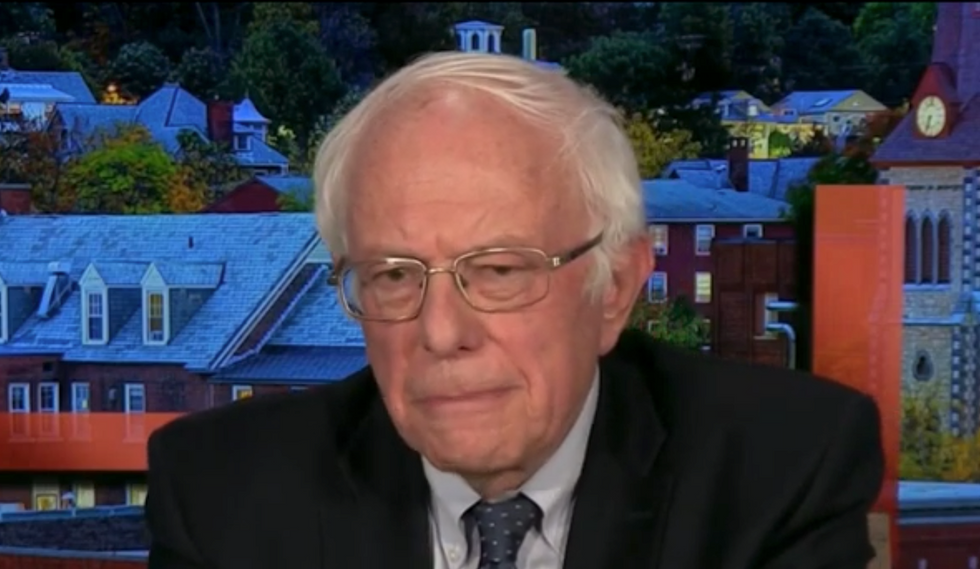 Sen. Bernie Sanders on Wednesday led a group of ten Democratic senators in condemning the Republican chairman of the Senate Budget Committee for refusing to hold a hearing on President Donald Trump's proposal for fiscal year 2021, which calls for over a trillion dollars in combined cuts to Medicare, Medicaid, and Social Security.

"Refusing to hear from this or any administration on its budget request is an abrogation of the Budget Committee's most basic responsibility," reads a letter the Budget Committee Democrats sent to Sen. Mike Enzi (R-Wyo.). "The president's budget proposes tax cuts of $1.4 trillion while at the same time calling for funding cuts for vital healthcare programs by a similar amount."

"Budget Committee members deserve the opportunity to highlight these proposals and question the inherent trade-offs they represent," the letter states. "The president's budget includes thousands of such trade-offs that affect every single person in this country."

Enzi said during a speech on the Senate floor Monday that he will not allow a Budget Committee hearing on the Trump's proposal because it would turn into a "diatribe against the president" and Trump administration officials.

Sanders, the ranking member of the Senate Budget Committee, scathingly mocked Enzi's justification during an appearance on MSNBC Wednesday night.

"Well, I know, isn't it terrible that opponents of Donald Trump can criticize them? Gee, what kind of world do we live in?" said Sanders, a 2020 Democratic presidential candidate. "I mean, my goodness, Republicans understand we all have to bow down to our supreme leader, who is the president of the United States, and not criticize him."

"So I understand why the chairman... doesn't want a hearing," added Sanders. "Because we would expose Trump for the fraud that he is and for the tool of the billionaire class that he truly is."

.@chrislhayes: This is his own Republican Senate committee chair not having a hearing on the President's budget bec… https://t.co/pabPU04hYX
— People for Bernie (@People for Bernie)1581558353.0

The Trump Budget cuts the Social Security disability program by tens of billions of dollars. It cuts Medicare by about half a trillion dollars. It cuts Medicaid by nearly $1 trillion. And it uses the deficit—which Trump has increased through tax cuts for the wealthy and an unnecessary increase to the bloated Pentagon budget—as an excuse to slash programs for the most vulnerable people in America.

And at a time when the very planet is at risk due to climate change, the Trump Budget does nothing to prevent the oncoming disaster, cutting the EPA by 26 percent next year alone.

"The Trump Budget does not see a problem in this country it cannot somehow make worse," Sanders added. "Unless, of course, the problem is that the wealthiest families and largest corporations in this country haven't gotten enough tax cuts, or that the military-industrial complex isn't spinning out of control fast enough."