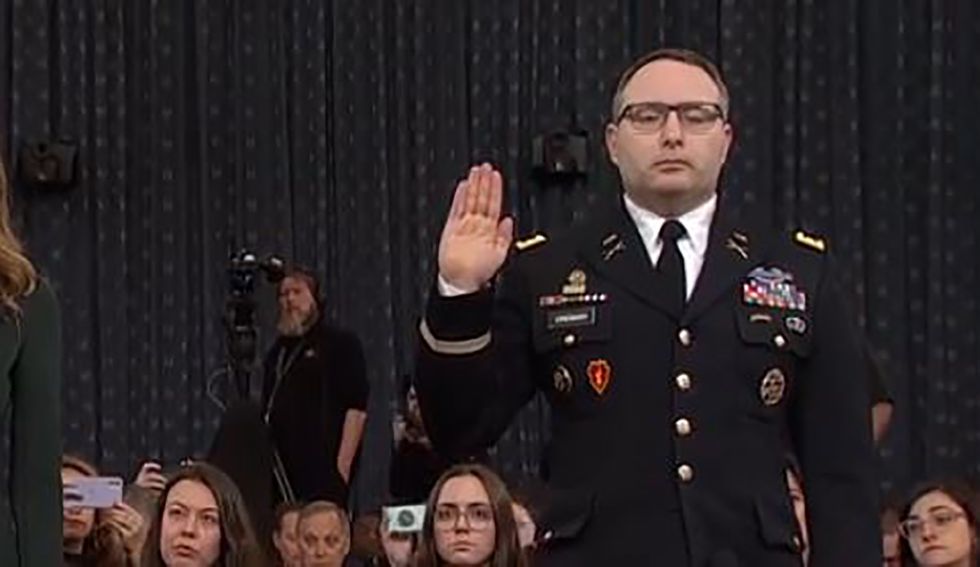 President Donald Trump late Friday afternoon and evening ended the week by firing three administration and White House officials, he blames for his impeachment in a campaign of retribution that some experts are calling illegal.

Trump not only had Lt. Col. Alexander Vindman transferred out of the White House, he had him fired from his National Security Post and escorted out of the building. Vindman's twin brother, who also works on the NSC, was summarily fired and escorted out as well, as The New York Times reports.

If that weren't enough Trump then turned around and had his Ambassador to the European Union, Gordon Sondland, fired as well.

Both Vindman and Sondland had testified before Congress, proving the whistleblower's claims that the president engaged in disturbing behavior by extorting Ukraine. The General Accounting Office substantiated that claim, stating that Trump's withholding of hundreds of millions of dollars in military aid was illegal.

The hashtag #FridayNightMasacre is trending on Twitter right now.

I'm sounding this bell now. It is disgraceful and criminal to demote / fire witnesses - as we are seeing with Vindm… https://t.co/nLUToTQbJa
— Elie Honig (@Elie Honig)1581120366.0

Friday night massacre. Don't lose sight of the fact that this wave of retribution is a crime. https://t.co/u8DhWRUCJb
— David Rothkopf (@David Rothkopf)1581119038.0

As did CNN's Keith Boykin: