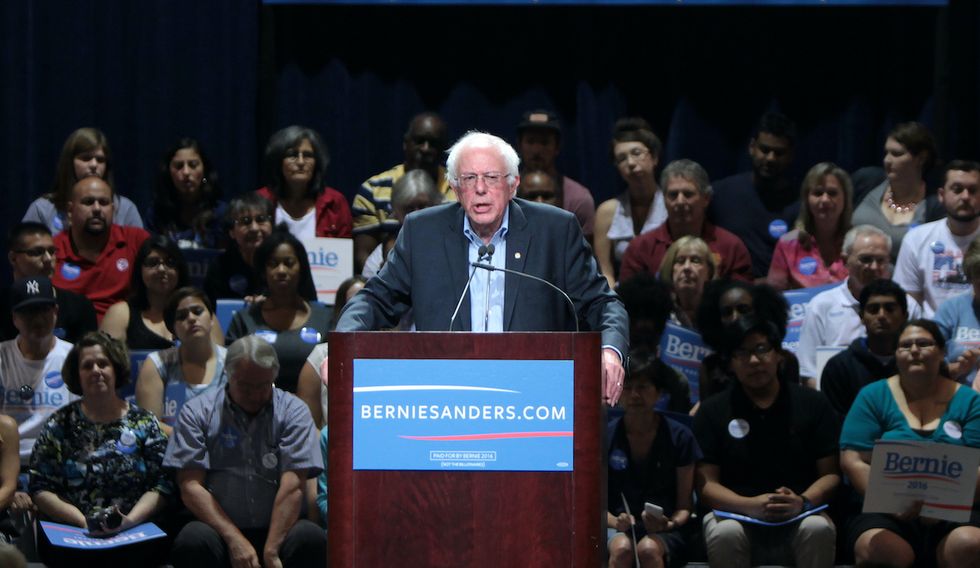 So far, the deadly coronavirus has claimed more than 2600 lives — six of them in Italy — and the outbreak has been taking its toll on the stock market: the Dow Jones Industrial Average suffered its worst one-day point drop in three years. But Fox Business’ Charles Payne believes that Sen. Bernie Sanders, not coronavirus, is responsible for the drop.

Over the weekend, the Vermont senator won the Nevada Democratic Caucus — a victory that follows his win in New Hampshire and puts him ahead of South Bend Mayor Pete Buttigieg in the delegate count. It remains to be seen what will happen in the South Carolina primary and on Super Tuesday, but for now, Sanders is the frontrunner in the 2020 Democratic presidential primary. And to hear Payne tell it, the stock market isn’t happy about it.

“The Bernie factor is finally rearing its head in the stock market,” Payne claimed. “Molina Health, one of the biggest health insurers in this country, is down 8%. United Health is down over 6%. Anthem is down 5%.”

Payne went on to claim that stocks were also suffering when Sen. Elizabeth Warren was moving ahead in the primary.

Not surprisingly, the Fox Business host is being mocked on Twitter for his assertions. @GuyDebored sarcastically posted, “Is Bernie to blame for the 4-6% market drops in Europe and Korea as well?,” while @RATL2020 wrote, “It couldn’t be because factories all over Asia are shut down, of course.” And @TheRedExit1 tweeted, “Well, they do play to an audience who think God causes earthquakes due to same sex marriage.”

@justinbaragona That’s ridiculous. He may want to consider the impact of the coronavirus
— Tired Human (@Tired Human) 1582561084.0