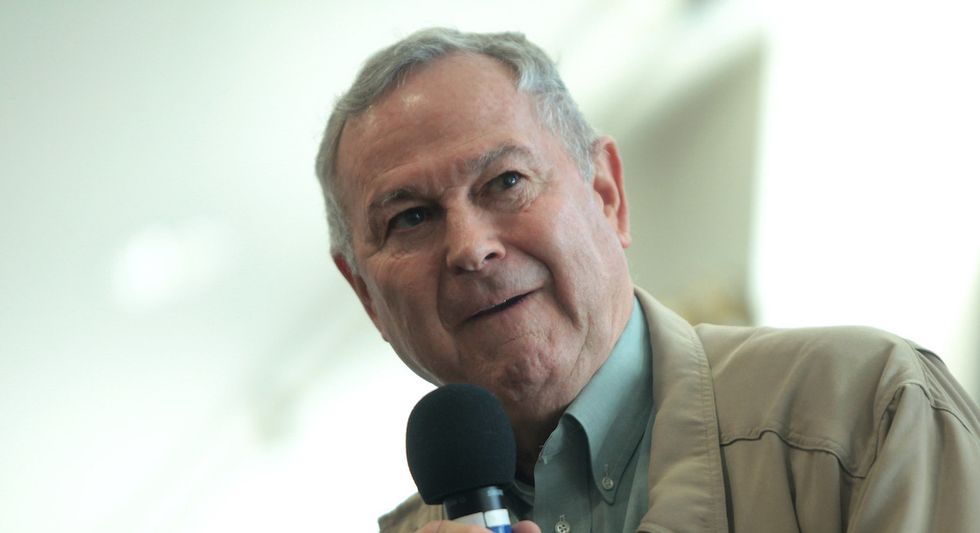 Former Republican Rep. Dana Rohrabacher of California confirmed a shocking revelation to Yahoo News on Thursday — that he had offered a pardon to WikiLeaks founder Julian Assange in 2017 if he publicly disputed the notion that Russia had hacked the Democratic National Committee.

The offer was first reported on Wednesday when Assange's lawyers revealed the exchange in a British court.

But while Rohrabacher confirmed that he presented Assange with the idea, he said President Donald Trump was not aware of the possible pardon. Instead, Rohrabacher said that he discussed the pardon with then-White House Chief of Staff John Kelly after the Assange meeting. But while Kelly was "courteous," Rohrabacher said, they never broached the topic again, and there's no indication Trump was even made aware of it.

After the reports broke of the allegation on Wednesday, the White House quickly denied the president's involvement.

“The president barely knows Dana Rohrabacher other than he’s an ex-congressman," said Press Secretary Stephanie Grisham. "He’s never spoken to him on this subject or almost any subject. It is is a complete fabrication and a total lie. This is probably another never-ending hoax and total lie from the DNC."

Many noted, however, that Trump had tweeted endorsements of the California congressman in 2018.

Congratulations to Dana Rohrabacher on his big California win. We are proud of you Dana!
— Donald J. Trump (@Donald J. Trump)1528296215.0

Dana Rohrabacher has been a great Congressman for his District and for the people of Cal. He works hard and is resp… https://t.co/QmH6BCmCSA
— Donald J. Trump (@Donald J. Trump)1541395930.0

According to his interview with Yahoo News' Michael Isikoff, Rohrabacher sought to have Assange endorse the conspiracy theory that DNC staffer Seth Rich, not Russia, had obtained the committee's emails and turned them over to WikiLeaks. Rich was killed in Washington D.C. in the summer of 2016, and conspiracists tried to claim his murder was part of a nefarious plot by Democrats to frame Russia. But as Isikoff himself has thoroughly documented in the podcast Conspiracyland, these allegations are unsupported by the evidence. Meanwhile, former Special Counsel Robert Mueller detailed extensive evidence implicating the Russian intelligence services in the hack of the DNC as part of a wider campaign to interfere in the 2016 election.