Democrats' 'worst nightmare'? Here's the truth about the freakout over 'Bernie or bust' 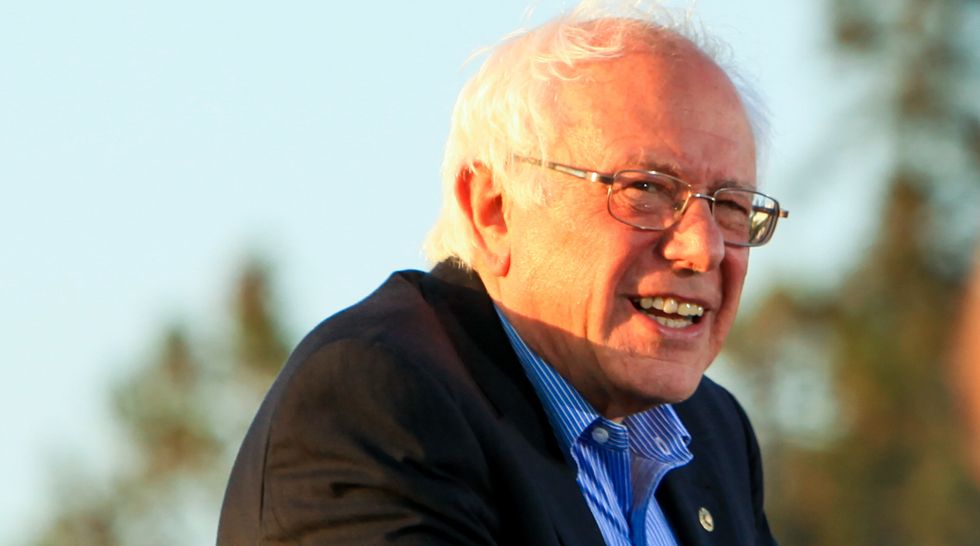 On Wednesday, Chapo Trap House host and self-identified leftist dirtbag Will Menaker caused a stir when he vowed that he wouldn't vote for the Democratic nominee unless it is Bernie Sanders and suggested that his followers might do the same.

Nice pluralistic democracy you have there--it'd be a shame if something were to happen to it.

Menaker's tweet went viral, and others joined in, pledging that they, too, were "Bernie or Bust." As one might have expected, this elicited the usual hand-wringing among the majority of Dems and Dem-leaners who prioritize defeating Trump over ideology and policy, according to the polls--and presumably over left-factionalism.

But this threat would be more effective if we hadn't seen this story play out before. In the spring of 2016, a Wall Street Journal poll found that a third of Sanders supporters wouldn't vote for Hillary Clinton if she became the Democratic nominee. Tens of thousands of people then signed a Bernie or Bust pledge, and this all led to a significant freakout, with one Salon writer warning that “Bernie supporters could blow this election,” and a Huffington Post columnist calling it “the Democrats’ worst nightmare.”

While some of Sanders' Democratic opponents now view it as an article of faith that the refusal of some of Sanders supporters to back Clinton threw the election to Trump, the evidence suggests otherwise. A higher share of his supporters in the 2016 primaries voted for Clinton in the general election than her voters backed Obama in 2008. They also backed Clinton at a higher rate than Rubio and Kasich voters supported Trump in 2016.

What about Sanders supporters going third party? According to research by political scientist John Sides, in 2016 about as many Barack Obama 2012 voters backed third party candidates as Mitt Romney's 2012 backers did.

Dues to data limitations, we can't know how many disaffected Sanders supporters simply stayed home, but the only demographic that showed a decline in turnout between 2012 and 2016 was African-Americans, who had broken for Clinton by an 8-2 margin in the primaries.

As I wrote in early 2016 for The Nation, none of this was new, or unique to Sanders supporters or the 2016 race.

Ironically, in 2008 it was Clinton supporters vowing to stay home—or vote for John McCain—if Obama became the nominee... That May, primary exit polls found fewer than half of Hillary Clinton’s supporters in Indiana and North Carolina saying they’d consider voting for Obama in the general election. Even in early July, after Obama had secured the nomination, only 54 percent of Clinton backers said they planned to vote for him.

Those self-described “PUMAs”—“party unity my ass”—may have stayed home by the dozens that November, but at the end of the day nine out of 10 Democrats supported Obama in an election that featured the highest turnout in 40 years. A similar dynamic played out with Howard Dean supporters in 2004.

The take-away from all of this is that in every election cycle, a small share of primary voters won't vote for their party's nominee unless it's their preferred candidate, and that's true regardless of who wins the nomination. If Sanders loses this year's primary race, a small number of his backers will stay home, vote for Trump or go third party--and if he wins, that will be true of a small number of people who supported other candidates.

Given the razor-thin margins by which Trump eked out an Electoral College win in 2016, even a small share of the Dem base staying home or voting for someone other than the party's nominee has the potential to swing the outcome to Trump. But we can't know if more people would sit out an election if one candidate or another wins the nomination. On the one hand, polls tend to find a larger share of Sanders backers saying they won't vote for anyone else. But at the same time, research shows that people further from the center of the ideological spectrum tend to be more engaged--more likely to volunteer, donate to campaigns and of course vote.

With what's at stake in this election, it's appropriate to worry about everything. But even if those who threaten to sit this one out are entirely sincere now, during the primaries, the picture is going to look very different come November, after a five-month general election campaign. And arguably the single most important difference between this cycle and the last is that in 2016, most people thought Donald Trump couldn't win, and this time around, everyone knows he can. At least in swing states, it's unlikely that many Dems will conclude that they have the luxury of risking a second term of the madness, corruption and naked bigotry that have marked the first.