Documentarian Ken Burns warned Trump's rise would be 'Hitler-esque.' Here's what else he predicted 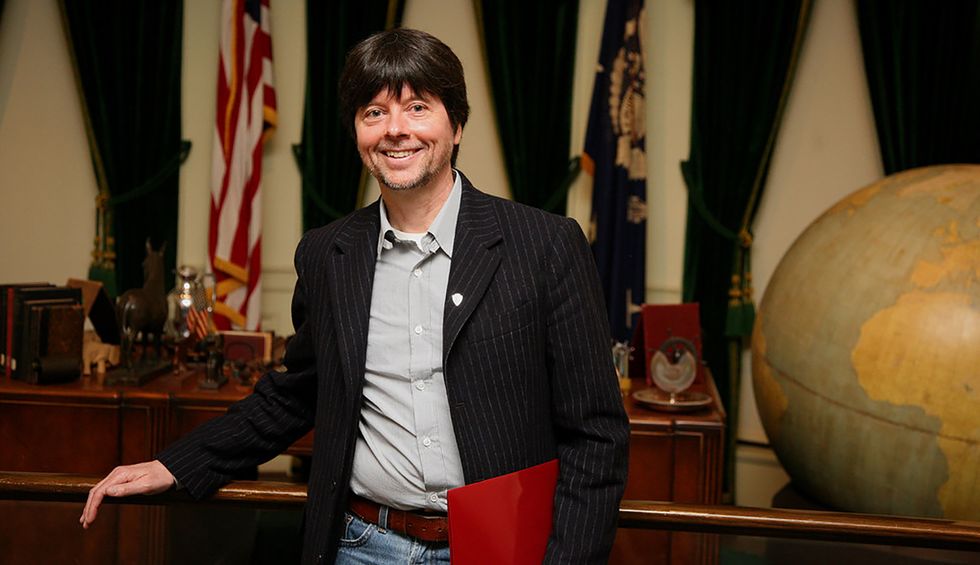 “...He (Trump) represents the greatest threat to American democracy since the Second World War. He is so fundamentally un-American...” — Ken Burns on Donald Trump, 2016 Variety Interview

The above quote is by award-winning filmmaker and documentarian Ken Burns. Millions have enjoyed his many acclaimed films on PBS. Some of those documentaries include The Civil War, The Central Park Five, The Roosevelts, The Vietnam War, College Behind Bars, Jazz, , Baseball, Country Music, Elizabeth Cady Stanton & Susan B. Anthony and Unforgivable Blackness. To date, Burns, 66, has made over 30 historical films/documentaries.

In a Variety interview in 2016, Ken Burns discussed a work-in-progress called, “Defying the Nazis.” During the discussion, Burns was asked by Variety writer Brett Lang why he had become so outspoken about Donald Trump, who had not yet been elected president. Here are some excerpts from that interview with foreboding accuracy by Burns as to what would happen if Trump took office.

Why have you been so publicly opposed to Donald Trump?

I have never in my professional life ever spoken out in this way. I certainly have my own opinions and have a yard sign at elections and make sure I vote. But I spoke out because he represents the greatest threat to American democracy since the Second World War. He is so fundamentally un-American, and not only because he is unqualified, but because he is mentally unsuited. He represents a kind of strong man, narcissistic thing that represents the potential death of the Republic. All of my films are about the United States and all of them are about trying to understand how it works and how it doesn’t work, and I just felt compelled to speak out.

While tracing the Vietnam War, Burns said he has heard many tawdry discussions on tape by Johnson and Nixon, forgetting they were being recorded. But Burns says those tapes were nothing compared to the extreme vulgarity of Donald Trump.

What’s so dangerous about his appeal?

He has tapped a dark unconscious, in which it is easier to vilify the other than to see what you share in common. It’s easier to be afraid than to welcome change. It’s always been there. We had a civil war, you know. We killed 750,000 of ourselves over this issue. He’s appealing to that in the most venal and vulgar ways.

I could have answered your question in a much simpler way by just saying he’s too vulgar for me. There’s no one who has occupied the presidency of the United States like that. This is coming from a person who has just finished a ten-part series on the Vietnam War, so I have been listening for years to Johnson and Nixon on tapes that they forgot were being recorded, and the vulgarity there is pretty extreme, but nothing compares to the vulgarity of this man.

In the Variety interview, Burns refers the time when Trump took out a full-page ad asking for the death penalty to be given to five innocent children, the “Central Park Five,” who were accused of a heinous crime, from which they were later fully exonerated.

The most recent one does it in spades, but it’s more than that. My daughter and my son-in-law and I made a film about the Central Park Five. He took out full page ads asking for the death penalty to be brought back and applied to five innocent children and on Friday he doubled down on that. It’s only the sex tape that’s kept that relatively quiet, but I was very impressed by Sen. McCain who finally disavowed Trump and not only mentioned the completely off-the-rails sex tape, but also the Central Park Five as one of the reasons. He had the trifecta last Friday because he also said while being endorsed by border control folks that the Obama administration under the direction of Hillary Clinton was letting in immigrants so they could vote against him. This is the greatest country on earth, and one of the many reasons is because we have a smooth transition of power. He’s set himself up to continue to roil that dark unconscious that he has tapped into for his base. The fact that he could say the things he said about women, and that his adoring masses are not even flinching at that, is Hitler-esque. I refer you to Michiko Kakutani’s review of the Hitler biography two weeks ago in the Times, in which she didn’t mention the contemporary situation, she just put the bullet points of Hitler’s rise and every single one of them was exactly what Trump has done.

In his last comment about Trump, Burns was asked if he thought Trump was a fascist.

Do you think he’s a fascist?

Ken Burns is a historian who foresaw the dangerous, insidious and historic rise of Donald Trump. Today, millions look forward to the historic fall of this odious out-of-control, wannabe king.

To learn more about Ken Burns and his documentaries, you can visit KenBurns.com.