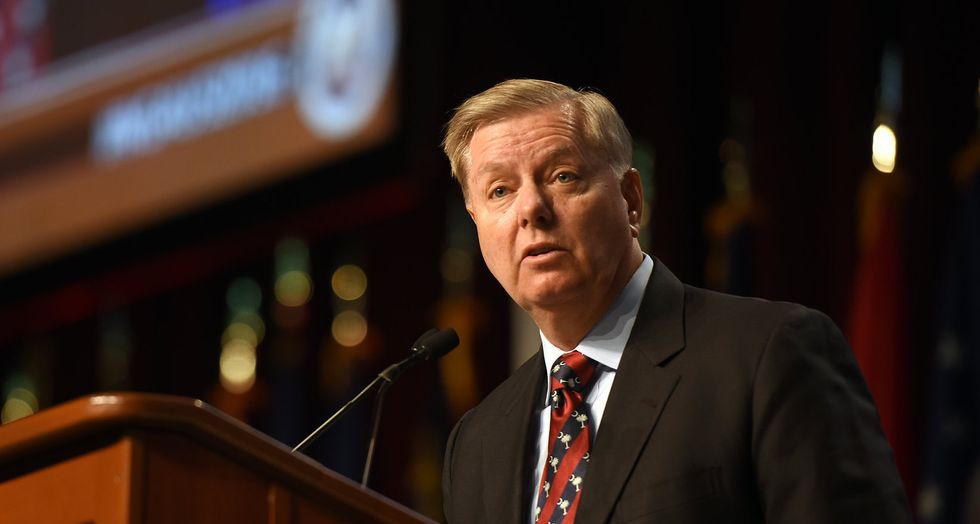 Sen. Lindsey Graham of South Carolina has been promoting an internet-related bill dubbed the Eliminating Abusive and Rampant Neglect of Interactive Technologies Act (the EARN-IT Act), which he says is designed to combat “online child exploitation conduct.” But according to Ashkhen Kazaryan, director of civil liberties at TechFreedom, as well as the Electronic Frontier Foundation (EFF) and the Cato Institute, Graham’s bill seriously overreaches and raises troubling privacy concerns.

EFF’s Elliot Harmon warns that if the bill is passed and becomes law, the U.S. attorney “could unilaterally dictate how online platforms and services must operate.” According to Harmon, the bill “grants sweeping powers” to the executive branch of the federal government and “opens the door for the government to require new measures to screen users’ speech.”

Kazaryan, in an op-ed published in the conservative Washington Examiner, warns, “If Sen. Lindsey Graham gets his way, the federal government will launch another attack on online privacy. The South Carolina Republican will ask lawmakers to give Attorney General William Barr and the Department of Justice unchecked access to all of your messaging, file-sharing and video-sharing tools.”

Kazaryan’s op-ed goes on to offer some more reasons why she considers Graham’s bill “bad news’ and a “nightmare for those who value digital privacy.” The bill, she notes, would put together a commission to “develop recommended best practices for providers of interactive computer services regarding the prevention of online child exploitation conduct.”

“Doesn’t everyone want children to be protected?” Kazaryan writes. “Well, not so fast. The commission’s ‘recommendations’ would then go to the attorney general, who can approve or disapprove what are essentially new regulations. This means unelected officials would be granted vast power to regulate technology and invade our privacy.”

Another problem Kazaryan has with Graham’s bill is that it “undermines” Section 230 of the Communications Decency Act of 1996. Section 230, she points out, “generally protects platforms from being held liable for third-party content. For instance, if a user creates a comment or post with illegal content on a site, that platform won’t be held responsible. Before Section 230, that was a serious risk for platforms.”

Harmon, similarly, argues that the bill “undermines Section 230, the most important law protecting free speech online. Section 230 enforces the common-sense principle that if you say something illegal online, you should be the one held responsible, not the website or platform where you said it.”

Moreover, Harmon writes, “Section 230 has played a crucial role in creating the modern internet. Without it, social media as we know it today wouldn’t exist, and neither would the Internet Archive, Wikimedia and many other essential educational and community resources.”

The libertarian Cato Institute has been arguing that Graham’s bill unfairly attacks encryption.

In an article posted on Cato’s website on February 5, libertarians Matthew Feeney and Will Duffield warn,

“It’s true that criminals take advantage of encryption. But so do journalists, activists, dissidents, Congressional staffers, intelligence officials, and — as of early January —the 82nd Airborne. All would have their privacy and security compromised by mandated law enforcement access to communications. Organized criminals and oppressive governments wouldn’t hesitate to take advantage of the end of encryption. The results could be deadly.”

Section 230, Kazaryan asserts, shouldn’t be treated like a “villain” by lawmakers, and it “certainly doesn’t protect websites that violate federal criminal law, even for the crimes Graham is claiming to target.”

“It seems the point is simply to give unchecked power to the attorney general and allow the federal government to impose other de facto mandates that could never get through Congress as stand-alone legislation,” Kazaryan writes. “Hopefully, Congress wakes up and recognizes this bill for what it is: a horrible ruse with horrible consequences.”