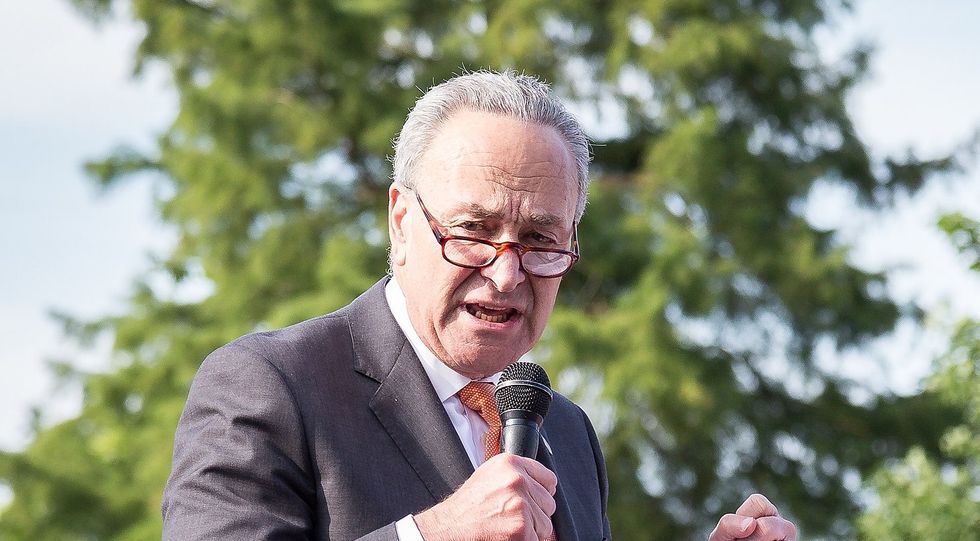 "Linking Together: March to Save Our Care" Rally at the U.S. Capitol on June 28, 2017. Democratic Party Leaders and others spoke to defend the Affordable Care Act and to defeat Republican Party efforts to repeal so called "Obama Care" and replace it with "Trump Care" alternatives. Mobilus In Mobili / CC BY-SA (https://creativecommons.org/licenses/by-sa/4.0)
Mark Sumner
and
Daily Kos
February 27, 2020

It’s not enough that, in grabbing Twitter troll Richard Grenell as his new acting director of national intelligence, Donald Trump has installed someone who has no knowledge of intelligence and no experience running an organization larger than a phone booth. In fact, Grenell’s only obvious skill set seemed to be promoting xenophobic dictators and offending the leaders of allied nations.

But it turns out that’s not the case. Grenell is a renaissance man after all. He’s also a foreign agent who worked for both the Hungarian government and Moldovan oligarch Vladimir Plahotniuc—though exactly what he did for them is not clear. What is clear is that he failed to report this work, or to register as a foreign agent, before Trump made him ambassador to Germany. Now Senate Minority Leader Chuck Schumer has asked for an investigation into how it is that Grenell never registered as required by law.

As CBS reports, Schumer sent a letter on Tuesday to the assistant attorney general for national security seeking an investigation into Grenell’s work. Past associates of Trump, including Paul Manafort and Rick Gates, had also failed to register as foreign agents. And, as Schumer noted in his letter, failure to register as a foreign agent opens Grenell not just to civil penalties, but to criminal charges. Also, being an unregistered foreign agent does not seem like a quality that should be sought when naming a director of national intelligence.

And it’s not just any random oligarch that hired Grenell to write flaming op-eds in support of his white nationalist political positions. Plahotniuc was prohibited from entering the United States in January after the State Department called him out for “involvement in significant corruption.”  According to the State Department’s public designation, “Plahotniuc was involved in corrupt acts that undermined the rule of law and severely compromised the independence of democratic institutions in Moldova.”

But the person who assisted Plahotniuc in those corrupt acts now has his hands on not just the fruits of America’s intelligence operations around the world, but also the controls of those operations. Trump has taken someone who was already involved in helping to overthrow a democratic government on the border of Ukraine and supercharged him with the ability to gather information, spread propaganda, and conduct covert operations.

CBS also reports that Grenell failed to note any of his work for Plahotniuc or others in the background forms he submitted following his nomination to be ambassador. His confirmation in that role—over the objections of Democrats in the Senate—is what now makes it possible for Trump to position Grenell as the acting DNI without having to seek Senate approval.

Republicans have once again done what they did in previous cases of Trump going off the rails or making an appointment that’s completely inappropriate: Many have simply stayed quiet, while those most determined to show their loyalty have rushed in to praise Grenell as a great choice because … Trump chose him.