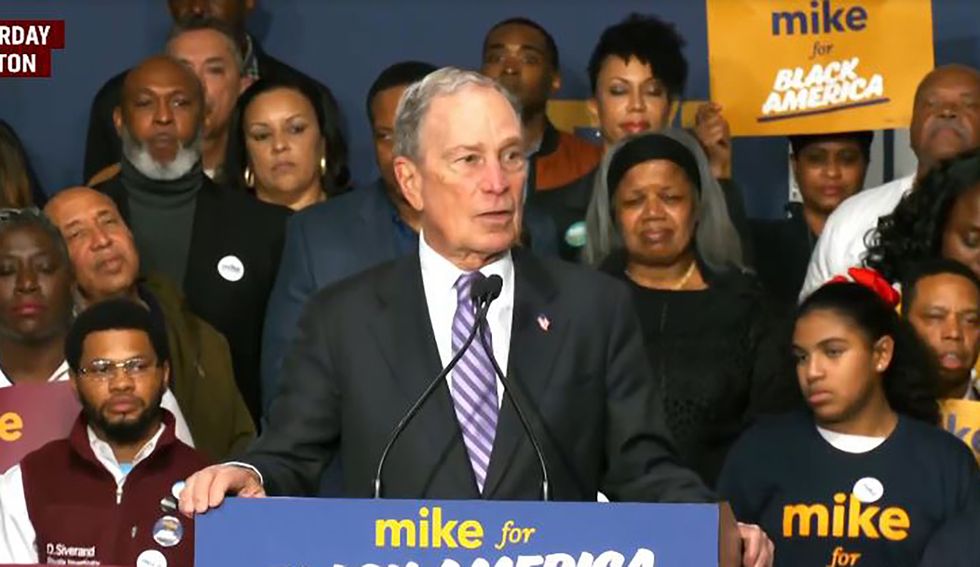 Billionaire Mike Bloomberg is paying hundreds of private citizens $2500 a month to tell their friends, family members, and co-workers they support his presidential candidacy. In exchange for the money supporters are expected to text and use their personal social media accounts to boost the former NYC mayor’s prospects. The program is costing him millions of dollars a month, the Wall Street Journal reports.

“It is one of the most unorthodox yet by the heavy-spending billionaire and blurs the lines between traditional campaign organizing and the distribution of sponsored content,” the Journal notes, adding that experts are calling the California-based program “unusual.”

More than 500 people will be hired as “deputy digital organizers” and are expected to work 20 to 30 hours each week to promote Bloomberg to everyone in their contacts list, and to tweet and Facebook daily about the billionaire.

But the ethics behind the program are arguably unknown. Social media posts apparently are not being marked as sponsored content, and presumably the texts are not either. The need to disclose may be in the eye of the beholder.

“One of the most effective ways of reaching voters is by activating their friends and network to encourage them to support Mike for president,” a campaign spokesperson says. She also “said that the campaign doesn’t believe posts from its deputy field organizers need to be labeled, describing them as a new form of political organizing rather than paid influencer content.”

James Thurber, professor of government at American University told the WSJ that it is “classic AstroTurf tactics.”

“When you have unlimited resources the way Bloomberg seems to, you can do that.”