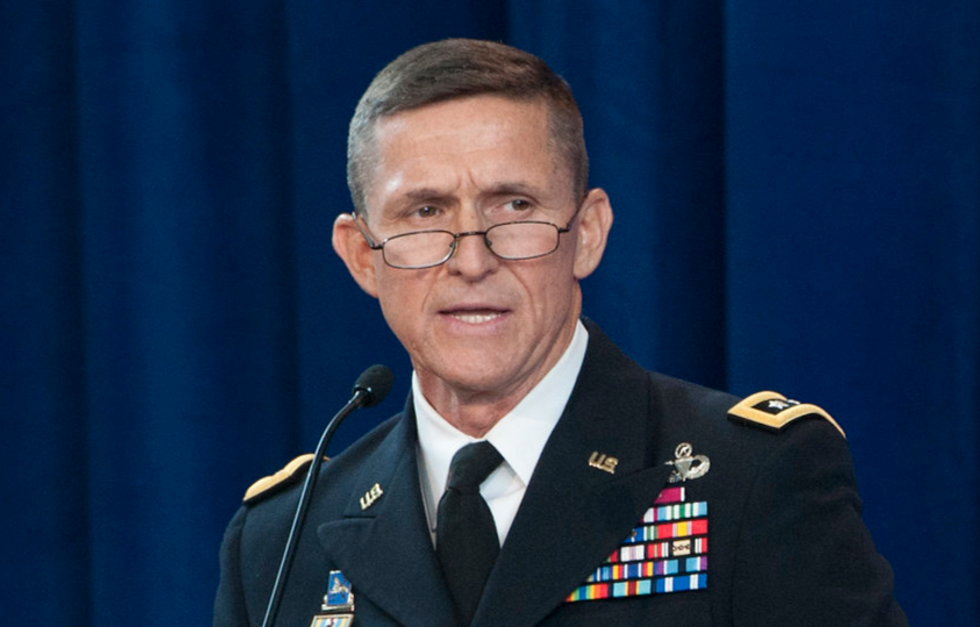 The week after Donald Trump was acquitted on two articles of impeachment, yet another presidential related scandal emerged top Department of Justice officials lowered the sentencing recommendation from line prosecutors in the Roger Stone case. And according to New York Times reporters Matt Apuzzo, Charlie Savage and Adam Goldman, there is another Trump associate whose case is subject to Attorney General William Barr's meddling: former National Security Adviser Michael Flynn.

The Times journalists are reporting that Barr, according to their sources, has “assigned an outside prosecutor to scrutinize” the case again Flynn. The review, they note, “is highly unusual and could trigger more accusations of political interference by top Justice Department officials into the work of career prosecutors.”

In December 2017, Flynn pled guilty to making false statements to the FBI in connection with the investigation of Russian interference in the 2016 election. Former Special Counsel Robert Mueller struck the deal with Flynn in an effort to win his cooperation in the probe. But Flynn has now asked to withdraw that guilty plea.

Apuzzo, Savage and Goldman report that Barr “has also installed a handful of outside prosecutors” to “broadly review the handling of other politically sensitive national security cases.” The “team” involved, they report, “includes at least one prosecutor from the office of the United States attorney in St. Louis, Jeff Jensen, who is handling the Flynn matter, as well as prosecutors from the office of the deputy attorney general, Jeffrey A. Rosen.”

This week, Barr and Trump have received widespread criticism because of Stone’s case. After a DOJ memo recommended a sentence of seven to nine years in prison for Stone — who had been convicted of criminal charges that included witness tampering and lying to Congress — Trump slammed the recommendation as “horrible and very unfair” and a “miscarriage of justice” on Twitter. Top DOJ officials, at Barr's direction, then intervened to lower the recommendation — and four federal prosecutors resigned from Stone’s case in protest.