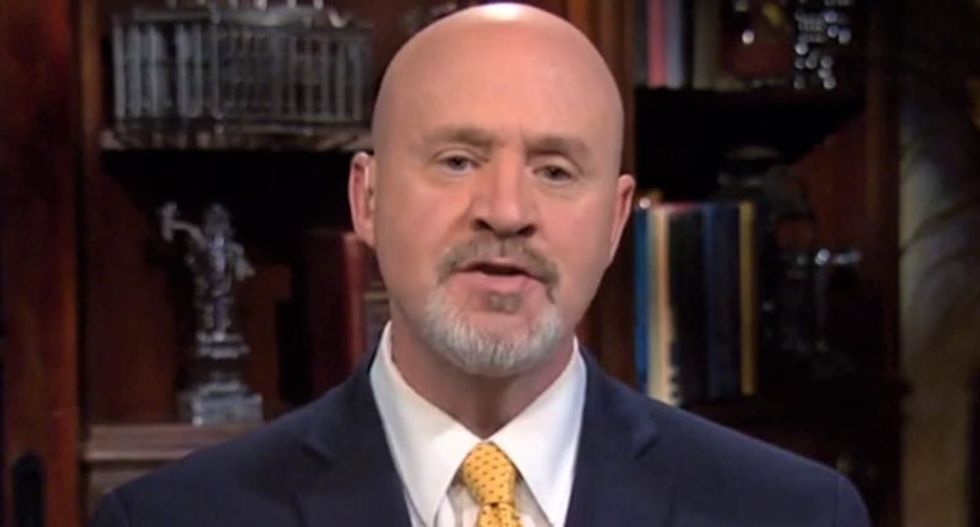 It remains to be seen what type of sentence veteran GOP operative Roger Stone will receive from Judge Amy Berman Jackson, but the U.S. Department of Justice (DOJ) has expressed two very different recommendations this week: a DOJ recommendation of seven to nine years in federal prison on Monday was followed a recommendation of a much more lenient sentence on Tuesday. The second recommendation came after President Donald Trump, on Twitter, angrily railed against the DOJ for being, as he sees it, much too hard on Stone. And former federal prosecutors Mimi Rocah and Glenn Kirschner are among the many Trump critics who are deeply troubled by the DOJ’s abrupt reversal.

“This series of events sent shock waves through the network of former Justice Department prosecutors and officials,” Rocah and Kirschner assert in an op-ed for NBC News’ website. “Why? Because it signals a new and dangerous chapter in the politicization of the department by Donald Trump and (Attorney General) William Barr.”

Last year, Stone was convicted in federal court on seven criminal counts, including lying to Congress and witness tampering. And the sentencing guidelines of seven to nine years in the Monday memo, Rocah and Kirschner note, were nothing out of the ordinary.

“Stone’s conviction in November was secured by a team of career public servants who prosecuted the case ethically, professionally and successfully, securing convictions on all seven counts,” Rocah and Kirschner explain. “As in nearly every federal case, once a defendant is found guilty, the U.S. Probation and Pretrial Services Office — an arm of the court — prepares a report calculating the applicable sentencing range. In Stone’s case, that sentencing range was determined to be seven to nine years in prison. Such guidelines are used in every federal case to come up with a fair and appropriate sentencing range.”

Rocah and Kirschner, in their op-ed, stress that if politicians want to have a vigorous debate about sentencing guidelines in general, that’s fine, but singling Stone out for preferential treatment is egregious.

“Let’s be clear about what this controversy is not about: this isn’t about what Stone’s actual sentence should be or whether the federal sentencing guidelines are inappropriate,” Rocah and Kirschner write. “Conservatives complaining that Stone’s sentencing recommendation was so harsh it warranted DOJ interference are missing the point. If Trump and his allies want to have a discussion about sentencing reform — for all defendants, not just ones the president wants to protect — we can do that in a separate conversation.”

Trump’s Stone-related tweets this week, according to Rocah and Kirschner, amount to “political meddling” —which, she warns, “has infected the DOJ and is clearly impairing its ability to function.” And Trump, the former federal prosecutors observe, “confirms this” with a February 12 tweet in which he writes, “Congratulations to Attorney General Bill Barr for taking charge of a case that was totally out of control and perhaps should not have even been brought.”

After the DOJ dramatically reversed its sentencing recommendations for Stone, all four of the attorneys who had been working on the case withdrew from it — and one of them resigned from the DOJ altogether.

“The DOJ is turning into an organization that unjustly pursues the president’s perceived enemies and unjustly favors his friends, allies and cronies,” Rocah and Kirschner warn. “And it’s happening right in front of our noses. The resignations this week are only the latest alarm bells, but the fire’s been burning for months.”