A veteran explains why we need a new version of the G.I. Bill — for everyone 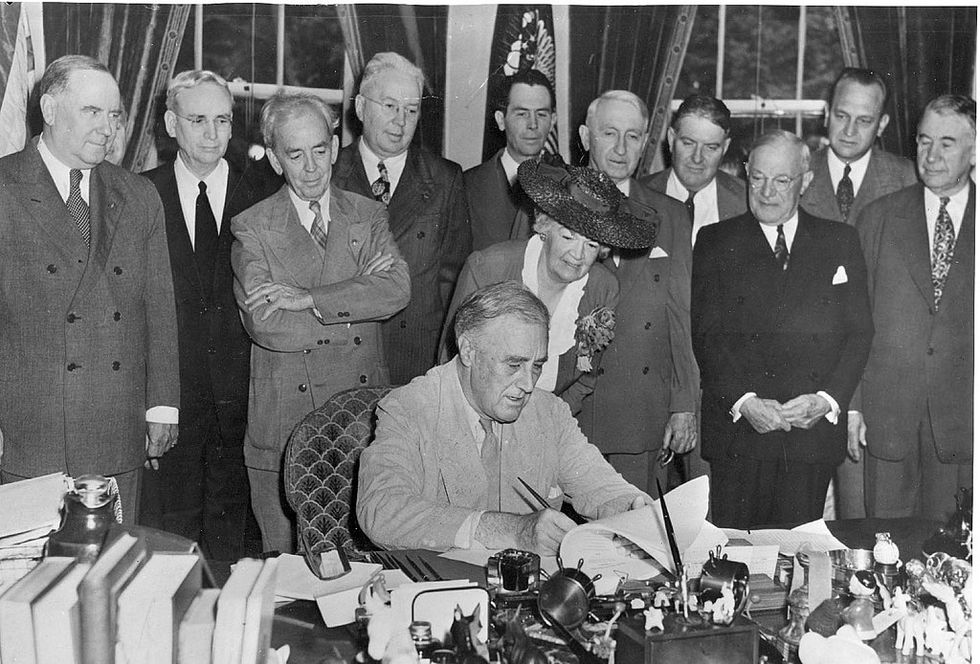 Knowing that the United States would be flooded with millions of veterans at the end of the Second World War, in 1944, Congress passed the Servicemen’s Readjustment Act, better known as the G.I. Bill. Among the most impactful pieces of legislation in history, the G.I. Bill opened the doors of opportunity for millions of Americans, making attending college, a university, or a vocational school not only a possibility, but a reality.

The fact is that the G.I. Bill stands as one of the greatest economic achievements in our nation’s history—seeing a return of seven dollars for every one dollar invested.

But this isn’t merely about dollars and cents. By making higher education available to a generation of Americans at little to no cost, the United States saw the overall educational and economic power of her citizens boom. Three presidents of the United States, three Supreme Court justices, and dozens of House and Senate members have benefited from the post-World War II G.I. Bill, which also helped create 238,000 teachers, 91,000 scientists, 22,000 dentists, 67,000 doctors, 450,000 engineers, dozens of Nobel and Pulitzer Prize winners, and an untold number of nurses, artists, and everything in between. There is a strong argument that even undertakings such as the moon landing were made possible by the G.I. Bill.

Both of my grandfathers used the G.I. Bill following World War II—one for a license in mortuary science and funeral directing that led him to becoming a small business owner; the other a skilled trade from a vocational school that resulted in a job with Ford Motor Company and (thanks to the UAW) a career with good wages, benefits, and the ability to retire with dignity. Sixty years later, after returning from service in Iraq as a U.S. Marine, I, too, used a version of the G.I. Bill in part to become the second person in my family to graduate from college and do so without the yoke of student debt.

Imagine what it would do for our country and those who live here if we were to take the ethos behind the original G.I. Bill and apply it to everybody—canceling all student debt and making public colleges, universities, and vocational schools tuition-free.

The results would be astounding. For starters, in a report from 2018, the Levy Institute found that student debt cancellation would result in boosting real GDP by an average of $86 billion to $108 billion per year, lowering unemployment, and increasing home buying potential.

Representatives Ilhan Omar, Pramila Jayapal, and Senator Bernie Sanders have introduced legislation to cancel all student debt and to make public colleges, universities, and vocational schools tuition-free. These pieces of legislation just make sense—for our society and for our economy—and I strongly support them.

It’s not an accident that I elect to voice my support for student debt cancellation and tuition-free higher education through the lens of my experience as a veteran. Actually, it’s quite intentional. You see, in recent years it’s become old hat for reactionaries and others who oppose a progressive agenda to do so with the voices of veterans—putting a veteran on TV, in print, or on the radio to try to drive down support for pro-working class legislative efforts.

I have no doubt the same will come to pass during these campaigns—“Want more affordable college? Want to avoid student debt? Join the military…”

This argument offers not only a false choice, but also an immoral one—suggesting that individuals should have to choose between having an opportunity for a future by participating in never-ending U.S. wars or not having such an opportunity; making one choose to either put on a uniform or take on crushing debt. Nonsense. This line of argument also ignores the fact that veterans and the military community overwhelmingly come from the working class and would benefit, without question, from these pieces of legislation.

The G.I. Bill helped millions realize a future they otherwise may not have ever known. We can do the same again—on an even larger scale—by canceling all student debt and making higher education tuition-free, and, thereby, putting our nation and those who live here on course for educational, societal, and economic growth.

Will Fischer is the principal of Port Side Strategies and a U.S. Marine Corps veteran of the war in Iraq. He lives and works in Washington, D.C.