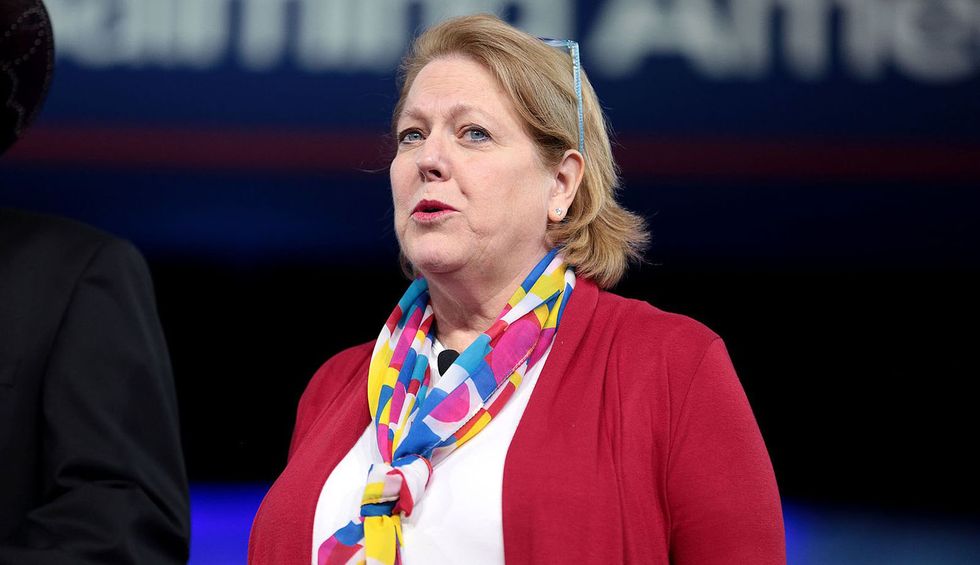 A group led by Ginni Thomas, the wife of Supreme Court Justice Clarence Thomas, is driving a White House effort to purge government officials seen as "disloyal" to President Donald Trump and replace them with vocal supporters who regularly appear on Fox News, according to Axios.

Trump recently rehired Johnny McEntee, a 29-year-old personal aide to Trump who was abruptly fired in 2018 amid an investigation over "serious financial crimes," to lead the presidential personnel office and purge officials believed to be "anti-Trump," Axios reported last week.

This effort has apparently been in the works since at least 2018, when Thomas' group Groundswell submitted a number of memos urging the firing of so-called "Never Trump" and "Deep State" officials as aides complained that the government was filled with "snakes," according to the report.

Thomas has spent a "significant amount of time and energy" urging White House officials to pursue the purge, the outlet reported.

Trump recently abruptly withdrew the nomination of Jessie Liu, the former U.S. attorney for the District of Columbia, to a top Treasury Department role after a memo from Thomas' group alleged that she was "unfit for the job." The memo argued that Liu should be removed because she did not act on "criminal referrals of some of Justice Brett Kavanaugh's accusers," had signed a sentencing memo recommending prison time for former national security adviser Michael Flynn, and had not sought to indict former acting FBI director Andrew McCabe.

The memo was authored by Barbara Ledeen, a longtime Republican Senate staffer and close friend of Flynn. Ledeen was involved in the Trump campaign's efforts to obtain stolen Hillary Clinton emails and was named extensively throughout former special counsel Bob Mueller's report.

A third memo obtained by Axios showed that the group recommended the administration hire a number of Trump loyalists, including many who had touted his supposed accomplishments in appearances on Fox News.

The memo recommended former Milwaukee sheriff David Clarke, a frequent guest on the network, for a senior Department of Homeland Security position and suggested Fox News regular Dan Bongino, a former Secret Service agent who has repeatedly run for office without success, for a post as counterterrorism adviser or in Homeland Security.

The memo also urged the White House to add Derek Harvey, a longtime aide to Rep. Devin Nunes, R-Calif., who was reportedly involved in efforts to discredit the Russia investigation, Trump's pressure campaign on Ukrainian officials and attempts to leak the Ukraine whistleblower's name, to the National Security Council. Indeed, Harvey briefly held a position there before he was ousted by McMaster. Groundswell also recommended Ben Weingarten, a Trump supporter who writes for the far-right Federalist, for the National Security Council.

Chris Plante, a right-wing radio host who has attacked women who have accused Trump of rape and sexual assault on Fox News, should be the White House press secretary, the memo argued.

The memos were written after conservative activists "funneled names" to Thomas during meetings at the offices of Judicial Watch, a conservative legal activist group headed by frequent Fox News guest Tom Fitton.

The group's meetings with Trump were first reported by The New York Times in January 2019, when the group complained that officials were blocking Trump supporters from jobs in the administration. Though the administration acted on some of the group's recommendations, efforts to purge the executive branch of officials seen as disloyal have apparently gained steam since Trump's acquittal in the Senate impeachment trial.

McEntee will report directly to the president and has already ordered a freeze on all political appointments while he identifies officials he feels should be removed. He also informed Cabinet secretaries that the White House would select all their deputies moving forward, according to the Times.

These moves come as Trump ousted the acting director of national intelligence, Joseph Maguire, over a dispute about an intelligence briefing warning that Russia would try to help Trump in the 2020 election. The ouster came after Trump purged dozens of experts from the National Security Council staff, including Lt. Col. Alexander Vindman, who testified against Trump during the impeachment inquiry. Vindman was ousted on the same day as EU ambassador Gordon Sondland, who also testified in the probe. Other officials involved in the impeachment inquiry have similarly been ousted.

This purge comes in an administration which has already seen 82% more turnover in its first three years than any of the previous five presidents in their full first terms, according to data by the Brookings Institution's Kathryn Dunn Tenpas. With countless positions filled in an "acting" capacity, Trump is already on his third chief of staff, his fourth national security adviser and defense secretary, his fifth Homeland Security secretary, and his seventh communications director. Nearly 40% of senior administration positions have seen two or more replacements, according to the data.

"Many key departments and White House entities have been hollowed out," added Tenpas. "He seems completely unbothered. He claims that 'actings' give him flexibility, but fails to see that temporary leaders cannot advance his policies nearly as well as a Senate-confirmed appointee who has the stature and all the powers to do so."