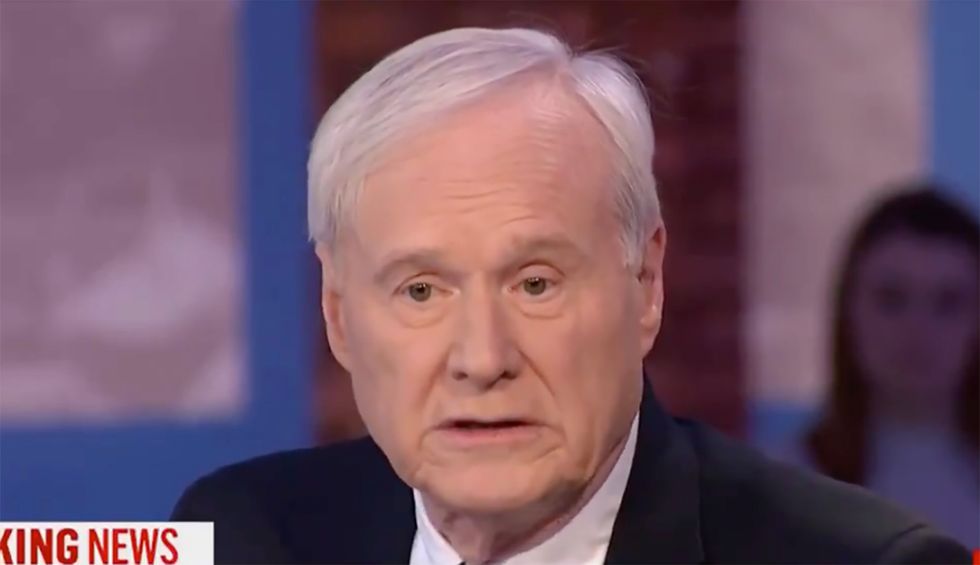 MSNBC host Chris Matthews drew rebukes on social media Friday night after suggesting that as a Democratic Socialist, Sen. Bernie Sanders could lead a dictatorship in which establishment political figures would be "executed," should he win the presidency.

Following the Democratic primary debate, Matthews joined other MSNBC commentators including Joy Reid and Chris Hayes in a panel discussion in which Matthews expressed concerns about Sanders's democratic socialist ideals, which he claimed the Vermont senator has not clarified.

"I believe if Castro and the reds had won the Cold War there would have been executions in Central Park and I mght have been one of the ones getting executed," Matthews said, referring to former Cuban President Fidel Castro. "I don't know who Bernie Sanders supports over these years, I don't know what he means by socialism."

Matthews admitted that Sanders has suggested, "We're going to be like Denmark."

"Okay, that's harmless, that's basically a capitalist country with a lot of good social welfare programs. Denmark is harmless," he said, still appearing unconvinced that as president, Sanders aims to push the U.S. in the direction of many wealthy countries which offer universal healthcare, tuition-free public college, and other strong universal programs.

"It's pretty clearly in the Denmark category," Hayes replied. "I mean, that's what he says and that's what his agenda calls for, right?"

The discussion followed a question posed during the Democratic debate in which ABC News moderator George Stephanopoulos asked the seven candidates whether they were afraid of having a Democratic Socialist as the 2020 presidential nominee.

Sen. Amy Klobuchar (D-Minn.) was the only candidate to raise her hand, after a long pause.

During the debate, Sanders reiterated his support for joining other developed countries, particularly in Scandinavia, in providing the public with healthcare and education that is free at the point of delivery, guaranteed paid leave, and other robust social welfare programs which are broadly popular among the American electorate and which, he said, will "bring people together."

"The way you bring people together is to make it clear that we're not going to give tax breaks to billionaires and large corporations," Sanders said. "They're going to start paying their fair share of taxes. That's what the American people want. And I'll tell you something else. The way you bring people together is by ending the international disgrace of this country being the only major nation on Earth not to guarantee health care to all people as a human right."

On social media, a number of critics lambasted Matthews for promoting misinformation about the senator's vision.

bernie: everybody should have health care, in my opinion chris matthews: this is mass executions, to me https://t.co/vLk4E1v8ki
— Alex Jacquez (@Alex Jacquez)1581137008.0

Matthews isn’t going to be held accountable for losing his mind on national television. Because in American media… https://t.co/uDtb348Icc
— Carlos Maza (@Carlos Maza)1581149733.0

Author and MSNBC commentator Anand Giridharadas, who has been vocal several times this week regarding the network's frequent dismissal of the people who would benefit the most from Sanders' proposals and of his agenda's popularity, expressed regret that he had been unable to push back on Matthews' comments in person.