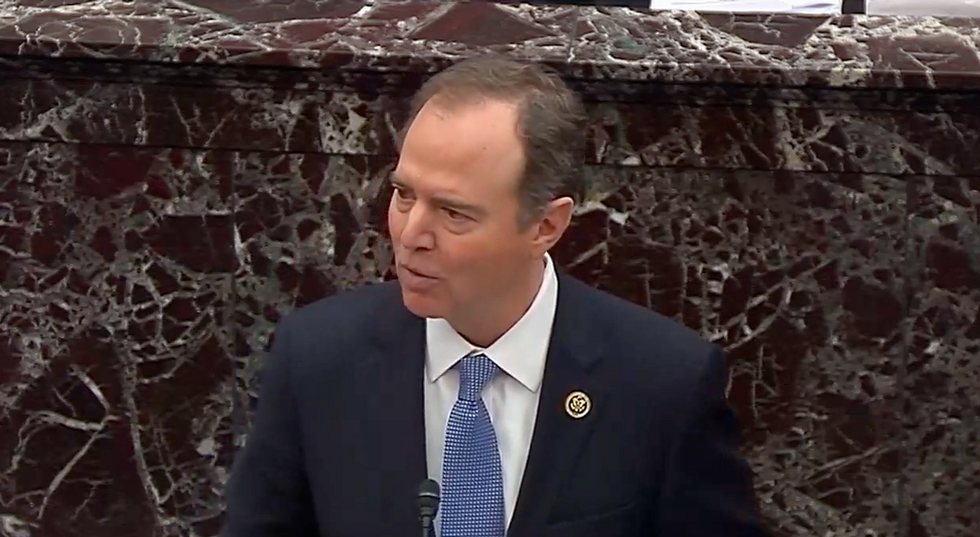 To defend against Democratic allegations of an illicit cover-up, President Donald Trump's lawyers have argued fervently that the second article of impeachment in the Senate trial charging him with obstructing Congress is completely unwarranted. Instead of charging Trump with obstructing Congress, they've argued, Democrats should have taken the president to court to enforce subpoenas of his aides and requests for documents.

But on Thursday, a Justice Department attorney — who, ostensibly, works for the president — completely contradicted this argument.

There's long been a tension in the president's impeachment defense and his administration's position in court, as many have pointed out. Trump's impeachment attorneys have argued that Congress shouldn't have charged Trump with obstructing their investigation but instead worked out disputes in the judicial branch. But when Congress has taken the administration to court to enforce its subpoenas, Justice Department attorneys have argued that judges can't resolve the dispute between the legislative branch and the executive.

Basically, combining these two arguments, Trump's lawyers are saying Congress should go to court to enforce its subpoenas, and then it should lose in court — essentially implying that lawmakers should have no power at all to compel evidence from the executive branch. If this were true, the power of impeachment would essentially be nullified.

Previously, some Trump administration lawyers have been reluctant to say in court whether Congress could or should use the impeachment to enforce its subpoenas, instead urging that lawmakers could withhold funds from the administration to exert pressure for compliance. But on Thursday, in an ongoing fight over the 2020 Census, Justice Department lawyer James Burnham said that the House can legitimately use its impeachment powers to respond to a president who defies subpoenas, as CNN reported.

Trump lawyer Jay Sekulow has argued, however, that the proper place to resolve the dispute over subpoenas is courts and not impeachment, according to Politico.

"The president’s opponents, in their rush to impeach, have refused to wait for judicial review,” Sekulow argued to the Senate.

And legal scholar John Turley, who testified on behalf of Republicans in the House impeachment proceedings, warned against “making a high crime and misdemeanor out of going to the courts.”

House impeachment manager Adam Schiff (D-CA) pointed out the glaring inconsistency and hypocrisy on Thursday in his remarks to the Senate, drawing laughter from the audience.

"Today, while we've been debating whether a president can be impeached for essentially bogus claims of privilege, for attempting to use the courts to cover up misconduct, the Justice Department in resisting subpoenas is in court today ... because, as we know, they're in here arguing Congress must go to court to enforce its subpoenas, but they're in the court saying 'Congress, thou shalt not do that,'" he explained. "So the judge says: 'If the Congress can't enforce its subpoenas in court, then what remedy is there?' And the Justice Department lawyer's response is 'Impeachment! Impeachment!'"

At that, the Senate chamber burst into laughter.

"You can't make it up!" Schiff said. "What more evidence do we need of the bad faith of this effort to cover up?"

SCHIFF: "While we've been debating whether POTUS can be impeached for bogus claims of privilege, the DOJ is resisti… https://t.co/63GaA6deS9
— Aaron Rupar (@Aaron Rupar)1580413289.0

Trump's lawyers have tried to suggest that the House manager's position is itself similarly contradictory because they've tried to enforce their subpoenas through both the courts and through impeachment. But there's nothing incongruous about believing that House subpoenas can be enforced through two different avenues.

What's so duplicitous about the Trump lawyers' position is that it means that House subpoenas would be entirely unenforceable, not even worth the paper they're printed on — but they refuse to admit this outright.