War with Iran would be enormously costly in every possible way 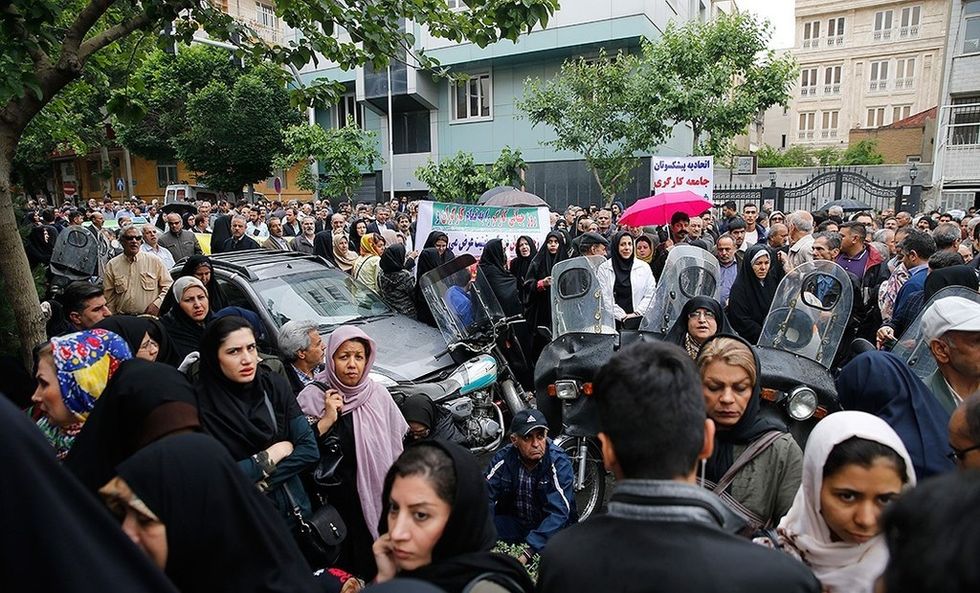 If you haven’t filled up your car lately, today might be a good time—sooner rather than later. And if your financial situation requires stability, this might also be a time to check your options on any 401(k). Because while what happens next in the all-but-declared war between the United States and Iran is a complete unknown when it comes to military actions, one thing is almost certain: It’s going to cost. In the hours immediately following the U.S. assassination of Iranian General Qassem Soleimani, oil futures were up, stock futures were down, and everything is uncertain.

At noon Eastern time, oil prices were at their highest point since September, when Iran attacked refineries in Saudi Arabia and generated concern over both reduced flow from the world’s second largest petroleum producer and the possibility of a broader Middle Eastern war. Stock prices had recovered somewhat from morning lows, but the Dow was still down over 150 points as investors, like everyone else on the planet, waited for the next shoe to drop in a situation that looks set to generate a shoe storm.

On Wednesday, USA Today reported that gas prices were likely to be flat through 2020, with drivers facing a price at the pump well below $3 a gallon. Which seemed like a reasonable prediction, since prices haven’t averaged over $3 since 2014. Fast forward to Friday, and USA Today is reporting that gas prices were expected to jump on the news of the strike against Soleimani. In particular, the paper reports that rising prices could bring “pretty significant impact to consumers” if the price of oil goes up by more than $5 a barrel. At noon, prices were up about $3 a barrel.

Iran is currently the seventh largest global producer of oil, with a production rate of about 4.4 million barrels per day. It is actually capable of greater production, but sanctions against the sale of Iranian oil have restricted its potential markets. This level of production may seem small compared to the 17.9 million barrels per day from the United States or 12.4 million barrels per day from Saudi Arabia. But oil is fungible. To a large extent, it can be treated as if it goes into one large pot, and that pot is always teetering on the brink, depending on supply and demand. Even a small change in supply in one place can generate much larger effects on short-term pricing as the industry tries to bring on more capacity elsewhere.

And on the economic front, the nightmare scenario is that a war with Iran disrupts not just producer No. 7 Iran, but No. 6 Iraq, and No. 8 United Arab Emirates, and No. 2 Saudi Arabia. Even though the United States is the world’s top producer of oil and gas, an extended war with Iran would leave U.S. citizens not only reaching for a $1 trillion payout for the conflict itself, but paying much more at the pump. And everywhere else.

A war with Iran, which commands the world’s eighth largest official military and has both ballistic missiles and cruise missiles capable of reaching targets thousands of miles away, would be enormously expensive in every way. The military expenditures themselves could dwarf what was spent on Iraq and Afghanistan together. The cost of any attempted occupation of Iran would be close to infinite. And the disruption to the global economy could be the largest since World War II.

Still, the biggest cost would be in lives. That would include the lives of military personnel lost in combat, and the lives of civilians in Iran and elsewhere. It would generate millions of additional refugees in a world where refugees have already become a defining issue. It would open the door for a hundred next-generation al-Qaida- and ISIS-style terrorist groups. And the idea of significant losses in the United States should not be discounted, especially when facing a nation whose facility at conducting second-hand warfare by proxy is its best-known skill.