Virginia gun rally sparks questions of racism and privilege: 'Can you imagine a group of black men walking around with masks and guns?' 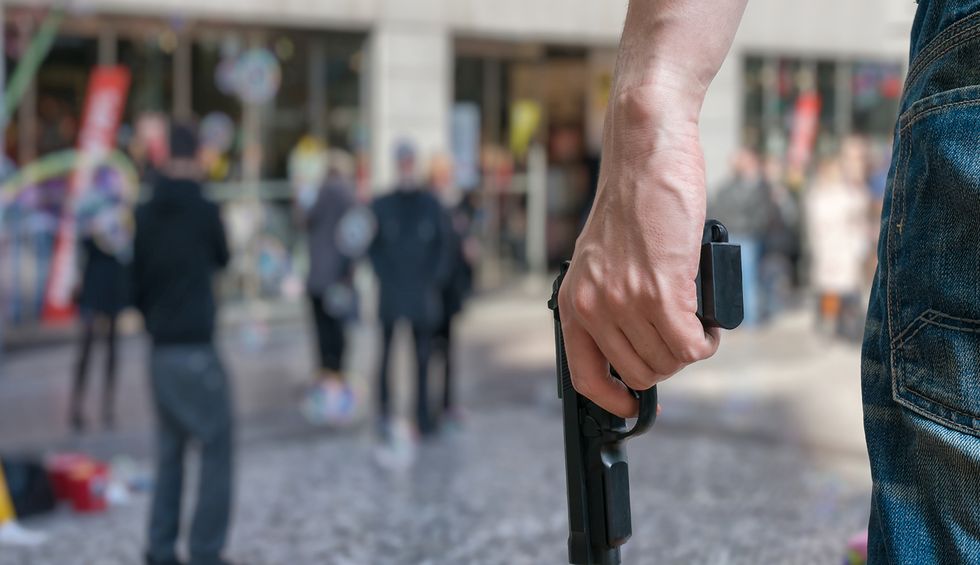 It’s Dr. Martin Luther King, Jr. Day, and for several hours now countless mostly white, mostly male pro-gun, anti-gun control activists have been marching throughout the streets of Richmond, Virginia, claiming to merely be exercising their Second Amendment rights. Many appear to be dressed in military garb, including camouflage, masks, and donning various types of firearms over their shoulders or at their side.

Some Virginians have been so concerned about the possibility of violence that Governor Ralph Northam declared a state of emergency and banned guns from the capitol. His ban survived a state supreme court challenge. Some say the ban does not appear to have been enforced.

Thousands are marching, including some white nationalists, far-right militia members, anti-government extremists, and neo-Nazis. As NBC News reports, members of some of those groups from across the country have been planning on attending.

To get a sense of scale here’s a photo from an ABC reporter:

Many online noted the reception from pro-gun advocates might be far different if the activists were Black instead of white, given the nation’s history – and that of Virginia.

The Virginia Mercury’s Ned Oliver posted this video at 7:35 AM:

One social media user asked, “Can you imagine a group of black men walking around with masks and guns?”

Days ago President Trump essentially endorsed the rally in a tweet and then did so again minutes ago.

Some are asking questions like, “Imagine if Black folks just decided to have a ‘gun rally’ like this.”

Take a look at these responses from social media users.

Throwing a gun rally on #MLKDay isn't about 2nd amendment rights it's a sadistic attempt to derail #MLKDay and inti… https://t.co/Yi6Go2kxPF
— CrazyLikeATiger (@CrazyLikeATiger) 1579530803.0

Imagine if a group of black people lined up outside the capitol with guns 🤦🏾‍♂️ https://t.co/EGzgwj2deH
— Terrence Everett (@Terrence Everett) 1579529124.0

What’s happening in Richmond today is not only scary but also underscores that the cruelty is the point. If they ju… https://t.co/Bl7ep2VUrs
— ilyseh (@ilyseh) 1579529989.0