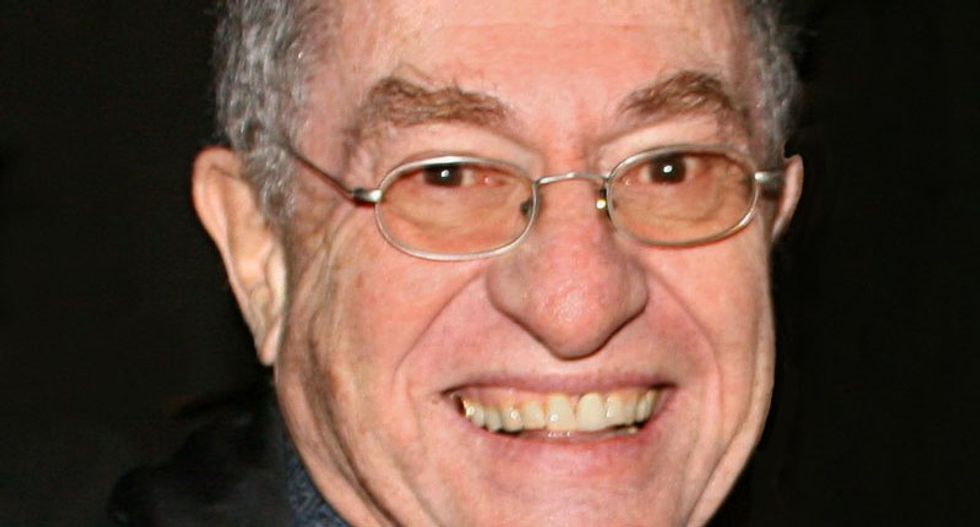 Donald Trump’s impeachment defense team got several additions Friday morning and there is SO MUCH to say. Let’s start with the new names: Pam Bondi, Alan Dershowitz, Jane Raskin, Robert Ray, Ken Starr. A few of these stand out, to say the least.

Bondi is the former Florida attorney general who took a $25,000 contribution from Trump shortly before she decided not to pursue a case against the fraudulent Trump University. She was also photographed with Lev Parnas multiple times. Bondi has been a prominent Trump defender on television.

Alan Dershowitz was one of sex predator Jeffrey Epstein’s lawyers and also a friend of Epstein. Dershowitz has said that yes, he got a massage at Epstein’s mansion, but “I kept my underwear on during the massage.” He has been a prominent Trump defender on television.

Ken Starr is obviously most famous from spending the 1990s turning an investigation into a real estate transaction into impeaching Bill Clinton for a sexual relationship. As CNN’s Elie Honig tweeted, “Now House Managers can point across the well and say: ‘There’s the same guy who interviewed @MonicaLewinsky’s ex-boyfriends, WH window washers and Kathleen Willey’s dentist. Now he doesn’t want us to hear from Bolton and Mulvaney.’”

During that time, Trump had some strong feelings about Starr, telling Matt Lauer that “I think Ken Starr's a lunatic. I really think that Ken Starr is a disaster.” But Starr has been … wait for it … a prominent Trump defender on television.

True story: Starr was also one of sex predator Jeffrey Epstein’s lawyers. Oh, and he lost his job as president of Baylor University after accusations that he mishandled sexual assault allegations against football players.

Robert Ray followed Starr as independent counsel and has been, yes, a frequent Trump defender on television. In 2006 he was charged with stalking his ex-girlfriend. Jane Raskin was on Trump’s defense team during the Mueller investigation.

Ken Starr & Alan Dershowitz are defending Donald Trump and all three of them are Horcruxes for Jeffrey Epstein.
— John Fugelsang (@John Fugelsang) 1579276737