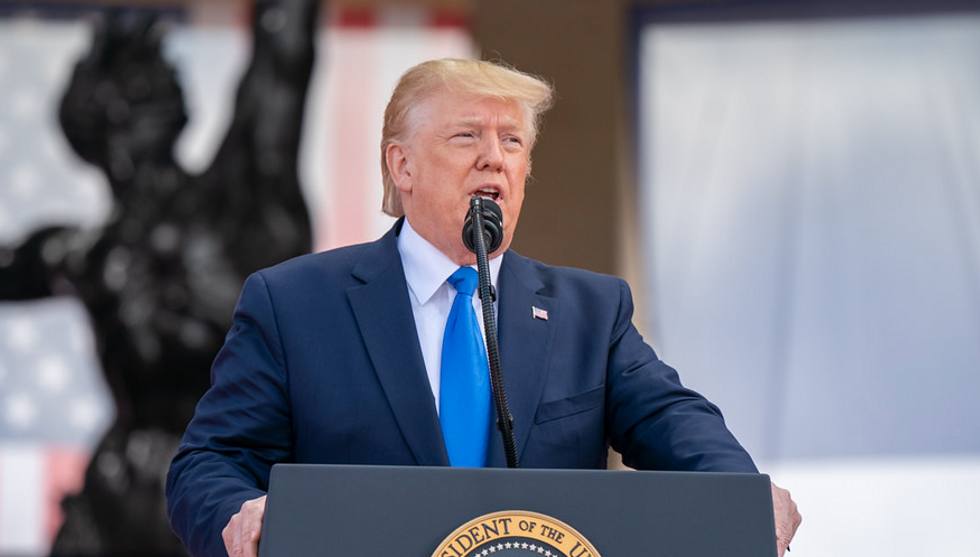 As his impeachment trial is successfully moving forward President Donald Trump is working hard to please those most supportive of him: evangelical Christians. On Friday, they will receive two tremendous gifts from the president they, more than any other group, support.

President Trump on Friday will become the first U.S. president to address – in person – the annual March for Life rally at the National Mall in Washington, D.C. The March for Life is a group of anti-abortion extremists who have ties to radical anti-LGBTQ hate groups, and who advocate not only to make abortion illegal but promote the false claim that birth control is abortion. Abortion is not only legal but has been affirmed as constitutional by the U.S. Supreme Court.

Trump is not only showing up to speak at the March for Life but he is expected to use his appearance to announce his administration today is planning “to announce action against California over its requirement insurers cover abortions,” The Wall Street Journal reports.

The new attack comes from the Department of Health and Human Services’ Office for Civil Rights, which is headed by Roger Severino.

Severino is a religious and anti-LGBTQ extremist who previously served as CEO and counsel for the Becket Fund for Religious Liberty, a far right legal group that, among other cases, successfully advised in the anti-abortion Hobby Lobby Supreme Court case. It has been called “God’s Rottweilers.”

Under Severino, the Trump administration will attack California for its “requirement that private health insurance policies include abortion coverage,” the Journal explains, even though the State won that right in court.

The Dept. of Health and Human Services will go after California, threaten to withhold federal funds under the guise that California is engaging in discrimination, and President Trump likely will make that announcement today to his supporters at the March for Life rally.