Trump defender Rep. Elise Stefanik ripped for tweeting photo-shopped picture of Pelosi: ‘You are a disgrace to women’ 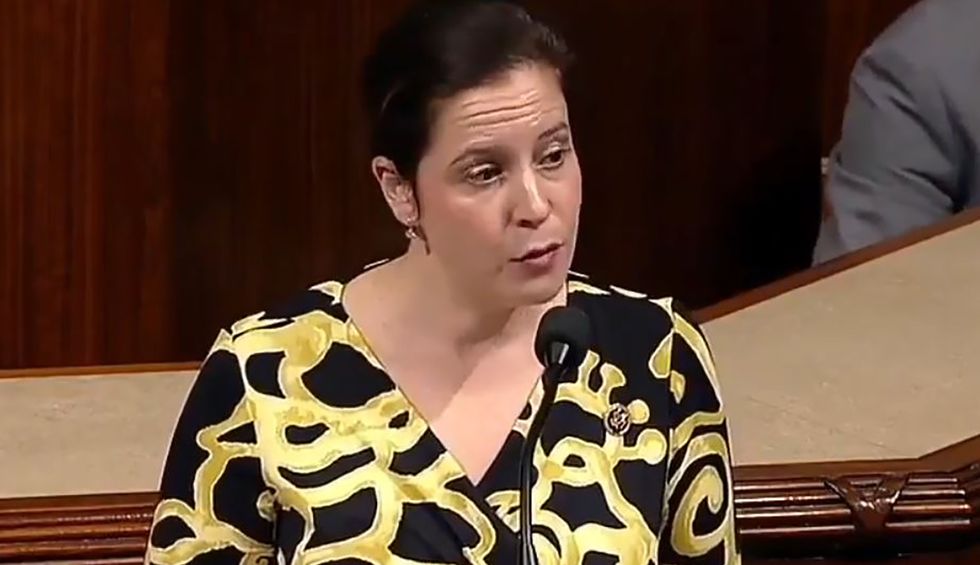 New York Republican Rep. Elise Stefanik was hammered on Twitter for posting an altered photo of House Speaker Nancy Pelosi (D-CA) not once but twice in an effort to raise campaign cash for an expected rough election fight in 2020.

Stefanik, who burst from relative obscurity with her over-the-top defense of Donald Trump during the impeachment hearings, tweeted the picture of Pelosi on Wednesday and then once again on Thursday morning after the Washington Post called her out over it.

In the Thursday tweet laden with emojis, Stefanik appeared to think the Washington Post story on her tweet was a win for her campaign and claimed it improved her fundraising.

The high-contrast photo which is not in black and white, reminded Twitter commenters that Stefanik had once been dubbed “lying trash” by conservative attorney George Conway, husband of White House counselor Kellyanne Conway.

That set the tone for replies to the New York Republican, which you can see below:

@EliseStefanik @washingtonpost You are a disgrace to women in politics everywhere.
— MB Truman (@MB Truman)1578583658.0

@EliseStefanik @washingtonpost The smell of fake bravado is strong with this one. #trumptool
— Wile.E.Mike (@Wile.E.Mike)1578584066.0

@EliseStefanik @washingtonpost There is no limit to how low you will stoop
— Jessica (@Jessica)1578584154.0