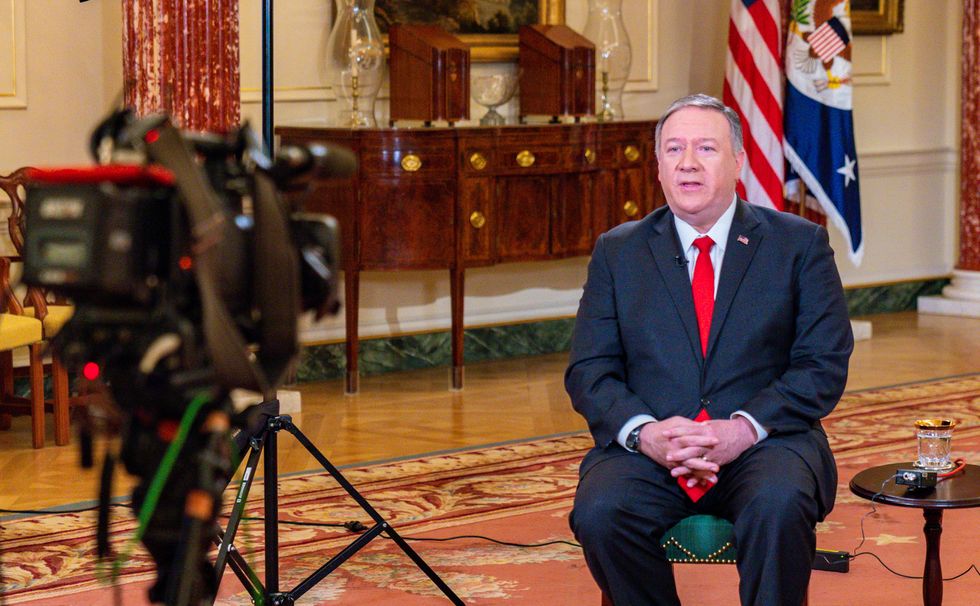 As the world braces for the fallout from President Donald Trump's decision to kill Iranian military leader Qassim Suleimani, administration officials sent muddled and confusing explanations and justifications for the deadly airstrike in Baghdad.

Fundamentally, the attack on Suleimani is the most significant culmination yet of the Trump administration's escalating tensions and conflicts with Iran, which were first set off in 2018 when the president pulled out of the nuclear deal President Barack Obama had negotiated with the country's leadership. Trump had no substantive justification for leaving the deal, and even many critics of the agreement warned against tearing it up. Around May of 2019, tensions growing from the termination of the deal started to swell as Iran took increasingly provocative actions and the U.S. responded, and many feared the situation would boil over. Recent days and weeks saw another round of escalatory actions on both sides, and the Trump administration finally targeted Suleimani at an Iraqi airport — an act previous administrations had considered but foregone because of the potentially dire consequences.

So why did Trump act now? It's not entirely clear.

Trump himself indicated, as other administration officials have, that Suleimani was planning some kind of attack against Americans. But what kind of attack? When would it have been launched? How did it differ from other such threats? These questions have not been answered.

“We took action last night to stop a war," Trump said. "We did not take action to start a war."

And yet experts believe that killing Suleimani will almost necessarily provoke a response from Iran. To the Iranians, Suleimani was a political figure of national significance, so any response will be seeking commensurate — and therefore substantial — cost to the U.S. It's hard to see how this wouldn't escalate the violent conflict even further.

Secretary of State Mike Pompeo told CNN that the strike against Suleimani was to prevent an "imminent attack," and in so doing, the military "saved American lives." After killing of Suleimani, he said, Americans "are safer in the region."

Yet the Pentagon, while also affirming the existence of the supposed "actively developing plans," said the strike was meant to deter "future Iranian attack plans." These might be related goals — stopping an ongoing plan and preventing future plans — but they're not the same thing. And given the fact that observers expect Iran to retaliate, the claim that the Suleimani killing would deter future attacks seems highly dubious.

For similar reasons, Pompeo's claim that Americans are safe with Suleimani dead is likewise questionable. And in fact, the State Department, right after the attack, told American citizens in Iraq to leave the country "immediately":

Due to heightened tensions in Iraq and the region, the U.S. Embassy urges American citizens to heed the January 2020 Travel Advisory and depart Iraq immediately.  U.S. citizens should depart via airline while possible, and failing that, to other countries via land.  Due to Iranian-backed militia attacks at the U.S. Embassy compound, all public consular operations are suspended until further notice.  U.S. citizens should not approach the Embassy.

If Americans really are safer in the region now, it's not clear why they should leave the country immediately.

But one Defense Department official, speaking on the condition of anonymity to discuss internal planning, said that there was nothing new in the threat presented by the Iranian general.

Further, there's been no legal justification yet provided for the strike, which is needed since the U.S. is not officially at war with Iran. CNN reported:

Prior to the strike, White House lawyers in consultation with national security officials put together a "strong rationale" the strike against Soleimani would not lead to war and that the President, as commander in chief, had the authority to not ask for congressional authorization over a matter of self defense, an administration official said.

The idea that the president can't defend the United States from an immediate attack is broadly accepted, so if this is the explanation the administration uses to justify the use of force, the explanation will rest on whether the intelligence really supported the belief in such a threat.

But Trump's National Security Adviser Robert O'Brien offered a different explanation. He cited Congress's 2002 Authorization of Military Force as a justification for the strike, according to Task and Purpose's Paul Szoldra. That AUMF gave the president the authority to "defend U.S. national security against the continuing threat posed by Iraq," though, not Iran.

"I’m losing track but I think this is the third possible legal rational they’ve suggested. Still given no concrete or official legal articulation," said Lawfare Executive Editor Susan Hennessey of the administration's justifications for the strike. "First it was a vague Art II assertion, then (absurdly) 10 USC 127e, and now the 2002 AUMF. It used to be the case that the executive branch decided on a legal basis *before* taking action, instead of just doing stuff and figuring out the law after. But I guess I’m old fashioned."

While the messaging coming out of the administration was confused, the fundamental strategy seems even worse. It's not clear if officials actually believe that the killing of Suleimani will actually deter Iran rather than provoke it, but thus far, there's no reason to even believe the administration has a thought-out strategy for dealing with Iran at all. The main reason Trump appears to have abandoned the Iran deal in the first place was to tear down another part of Obama's legacy, rather than to advance any particular foreign agenda. And the administration has previously claimed that it's "maximum pressure" campaign against the regime is working — but it's hard to imagine this is what success looks like.

At one point, it seemed former National Security Adviser John Bolton was leading Trump by the nose into an open war with Iran, and Bolton's ouster from the White House signaled a real possibility to avoid that fate. But now Trump is dialing up the level of conflict, even while claiming that his measure as de-escalatory. It doesn't take leaps in logic to fear where that might lead.