To understand top presidential adviser and son-in-law Jared Kushner, you have to learn his family history 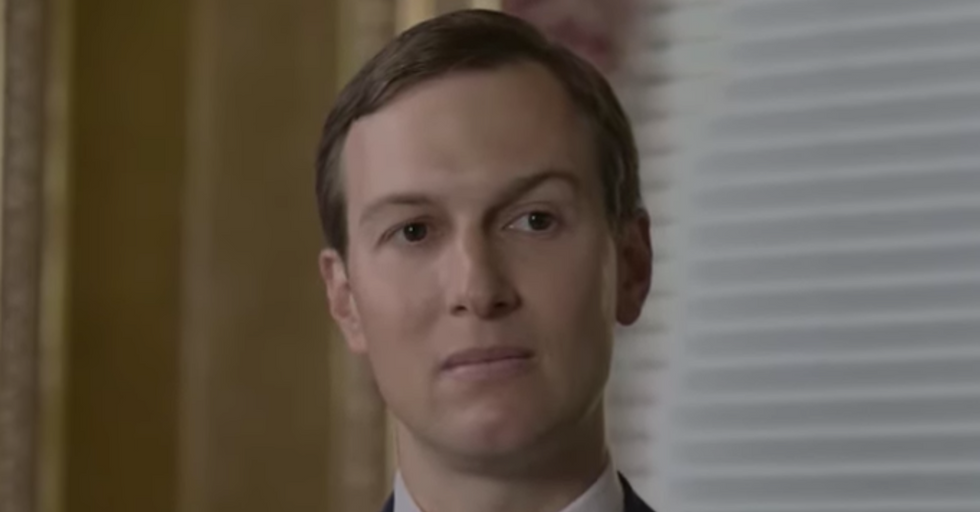 In 1996, an 83-year-old Holocaust survivor and refugee to America sat down with an interviewer from the USC Shoah Foundation to recount what she had experienced. The woman, Rae Kushner, was part of the Holocaust remembrance movement.

“If we’re not going to tell now, in 20 years I don’t know who’s going to be to tell,” Rae Kushner said in her Yiddish-accented English. “And now we have still the strength and we have the power to do this and to warn the rest of the world to be careful who is coming up on top of your government.”

Rae’s grandson Jared is now one of the most powerful people in the U.S. government. To understand him, you need to understand his family story — the subject of our new episode of “Trump, Inc.”

Rae and her husband, Joe, had survived Nazi mass murders — including of their family members — beatings, near-starvation and hiding out in a forest through the brutal Polish winter. After the war, they fled to Budapest, Hungary, and ultimately, to Italy, sometimes on trains, sometimes on foot, sneaking around border guards until they made it to a refugee camp.

They were stuck there for almost four years. No country would take in these stateless, penniless Jews. Even after the Holocaust, U.S. immigration laws were pervasively anti-Semitic. In 1948, three years after World War II ended, only 847 Jews were resettled in the United States by aid groups.

In her 1996 interview, Rae Kushner was asked: “What was your maiden name?”

“Your maiden name and your married name are the same names?”

But her husband’s name hadn’t been Kushner. He was born Yossel Berkowitz. The two knew each other before the war and met up in Budapest while fleeing the Soviet Union.

As the Kushner family understood it, U.S. visa laws favored father-and-son relationships over connections by marriage. So Yossel Berkowitz changed his name — to Joseph Kushner.

“Because sons and fathers were given priority to get visas, Yossel assumed his wife’s maiden name being that he travelled with his father in law,” according to a self-published family history, “Miracle of Life,” written by his children. Joe said he was the son of Naum Kushner, who was actually his wife Rae’s father.

The family also listed its country of origin not as Poland but as Germany, which was more favorable for immigration purposes. These claims were recorded by aid workers in a 70-year-old case file maintained by HIAS, the Hebrew Immigrant Aid Society, which helped the Kushners book passage from Italy and resettle in America.

During his time in the administration, Jared Kushner has defended its restrictionist policy on refugees. In an interview with Jonathan Swan of Axios on HBO, he said: “You’ve got 65 million refugees in the world. You can’t have all of them come into your country.”

When asked if he agreed with cutting levels so dramatically, Kushner said, “It doesn’t make a difference one way or the other.”

What does Kushner think about the White House’s refugee policy given his own family’s history? He did not answer our questions about that.