'This was a disaster for Republicans': MSNBC host says a Trump attorney just 'came up empty' in Senate trial 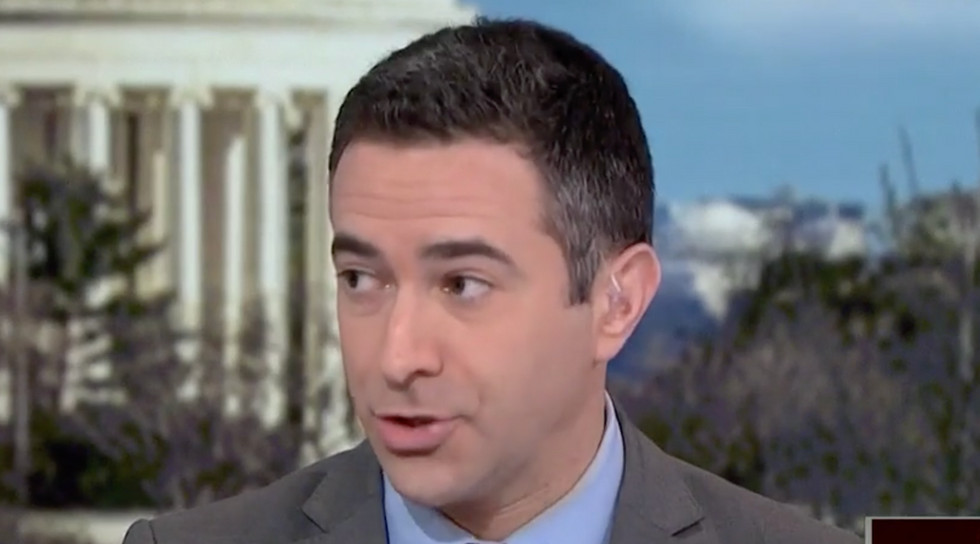 "This was a disaster for Republicans," Melber said. "A total, unmitigated, legal and constitutional disaster."

And his own history, Melber explained, undermined the Trump lawyers' claims that "abuse of power," the charge laid out in the first article of impeachment, is an insufficient basis for removing a president.

"Ken Starr, at no point in this dramatic — at times mournful — opening explained in any factual or legal way what's different," Melber said. "If anything, he drew attention — and there are senators in that body who know the history — he drew attention to the fact that the last two times we had these modern impeachments, Clinton and Nixon, we had abuse of power among the original articles."

He continued: "Abuse of power is the ultimate high crime. And it is what presidents usually get impeached for.  And so listening to this, it was remarkable, because Ken Starr is Mr. Abuse of Power. And I was listening, interested, open-minded, ready to hear him somehow distinguish, explain, get into foreign policy. He had nothing! He came up empty!"

Starr, Melber said, was just seen to constitutionally "punch himself in the face" in Trump's defense.

Asked by host Nicolle Wallace what explained Starr's change of heart on impeachment, Melber said he was just "clearly a hypocrite." He noted that in Starr's recent book, the former independent counsel wrote: "'Abuse of power was our judgment that Clinton had improperly employed the powers of his office, including meritless invocations of the doctrine of' — wait for it — 'executive privilege.'"

Trump has used vague and ridiculously broad "executive privilege" claims, and similar assertions, to block evidence from the impeachment inquiry, which triggered the second impeachment article: obstruction of Congress. Trump's defenders say this article is unfair because the president has a right to assert a privilege even if it laters fails in court, but Starr's own previous arguments undercut that defense.