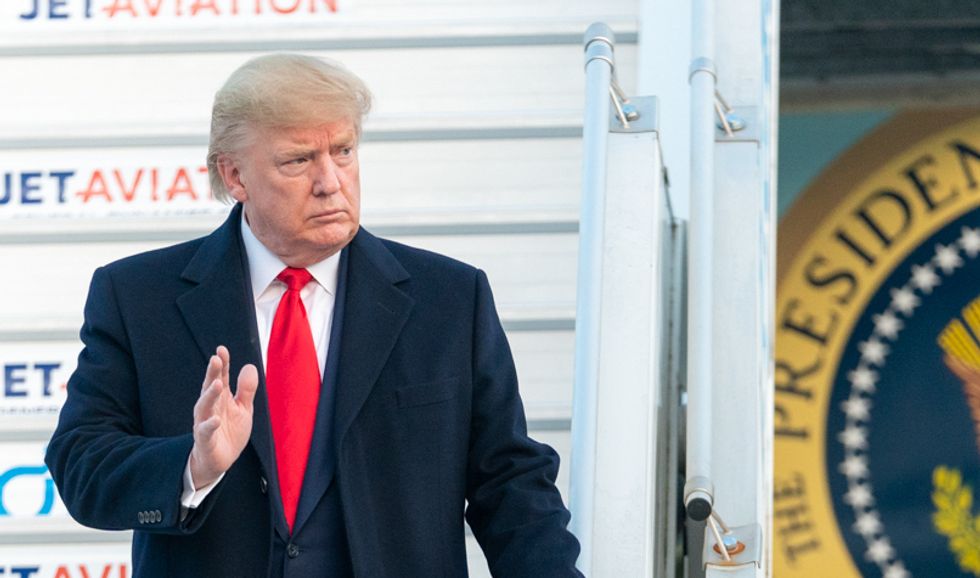 On Saturday, Bernie Sanders and Elizabeth Warren offered a display of unity at a Martin Luther King Day event in South Carolina, laughing together as they marched arm-in-arm. Their campaigns told their respective surrogates to stand down after a week of petty skirmishes that had been bad for the progressive wing of the Democratic coalition and excellent for Joe Biden.

So, unable to get a juicy quote on which to build yet another viral story about rising tensions on the left, both The New York Times ("Sanders and Warren Try to Tone Down Rift. Some of Their Supporters Seem Less Willing") and Politico ("'He totally said it' or 'complete BS'? Sanders and Warren voters dig in") did the next best thing and interviewed random supporters of the two candidates who were happy to say that they remained pissed off about last week's viral stories.

The lead byline on the Politico piece belonged to Alex Thompson,  who struck traffic gold by reporting that the Sanders campaign had included Warren when it distributed talking-points about his rivals to volunteers ("Bernie campaign slams Warren as candidate of the elite"), and then followed up with another piece of ragebait built on the first ("Warren 'disappointed' that Bernie 'sending his volunteers out to trash me'").

But the effort didn't result in a windfall of clicks this time because over the course of 35 hours of interviews on a wide range of topics for an upcoming documentary, Hillary Clinton unloaded some vitriol on Bernie Sanders and either the producers wisely honed in on those comments for maximal promotional value or The Hollywood Reporter pulled out those quotes in a quest for clicks.

While the Democrats' last nominee lambasting a current candidate as unlikeable is objectively newsworthy, it's also a classic dog-bites-man story. It would be quite surprising if, after winning three million more votes than a corrupt clown only to be denied the presidency, Clinton didn't harbor resentments toward Sanders, former FBI Director James Comey, half of the staff reporters at The New York Times, Wikileaks, sundry campaign advisors, etc.

Primaries bring out a lot of cynicism and assumptions of bad faith on the part of opposing candidates and their supporters, and that provides fertile ground for reporters to cover real or imagined conflicts.

It was taken as a given that Warren's campaign leaked an account of a private conversation she had with Bernie Sanders about a woman running in 2020. Sanders supporters weren't alone in seeing it as a strategic response to her slide in the polls between last October and early December--pundits, cable TV bobbleheads and other ostensibly disinterested parties embraced the inference.

Never mind that the Warren campaign denied that they'd leaked it and CNN said that they had reported the story. More importantly, the assumption made no sense. As Rebecca Traister wrote at The Cut, "for a year on the presidential campaign trail, Elizabeth Warren has tried very hard to not have the kind of conversation about sexism that can be messy for candidates, but... in a fight with her ideologically closest Democratic competitor, those efforts exploded in her face."

And on Friday, in a somewhat buried lede, The Intercept reported that shortly after "meeting with Sanders at the end of 2018 to discuss her impending presidential run, Warren hosted an off-the-record dinner with a number of journalists."

At the dinner, Warren was asked about her meeting with Sanders, and in the course of the discussion, she relayed that Sanders had warned that he didn’t believe a woman could beat Trump in 2020. Different reporters recalled the comments differently, a mirror image of the dispute between Warren and Sanders over exactly what Sanders said — with Warren saying that Sanders argued a woman couldn’t beat Trump, while Sanders said that he only said Trump would weaponize misogyny against a woman, not that it would work.

Off-the-record isn't like a state secret. This dispute was known to political reporters and CNN found some sources that were willing to relay what they'd heard on the record, which allowed them to run a very trafficky story of intra-left conflict. All of us have had the experience of recalling a conversation with someone differently than the other person did, but it was almost universally assumed that either Sanders or Warren were lying.

And while many of us would prefer that Hillary Clinton were more circumspect in her comments--in this case, more cognizant of how laying into Sanders would become a big, divisive story when all eyes should be on Donald Trump's impeachment trial--there was a similarly widespread assumption that she had lobbed that criticism into the primaries in order to undercut Sanders. Very few recognized the media incentives that drove the banal reality that a politician doesn't like a former rival into the news cycle in such a prominent way.

Political junkies often criticize journalists for bringing various biases to their reporting. And of course, we all hold multiple biases. But most gossipy and sensational political reporting is driven by more mundane considerations--the desire to get "scoops" during our long, drawn-out campaigns and to draw clicks in a competitive online news environment. Conflict is central to good storytelling, and that's just as true for reporters as it is for playwrights and screenwriters.

Unfortunately, most people lack the media literacy to understand that these kinds of controversies are artificial and pale in significance relative to the real issues this country is grappling with. So they react by sharing their outrage over every kerfuffle, which drives traffic and incentivizes reporters to ferret out the next round of meaningless controversy.