The Trump regime is just ignoring judicial rulings they don't like. Should Dems take notes? 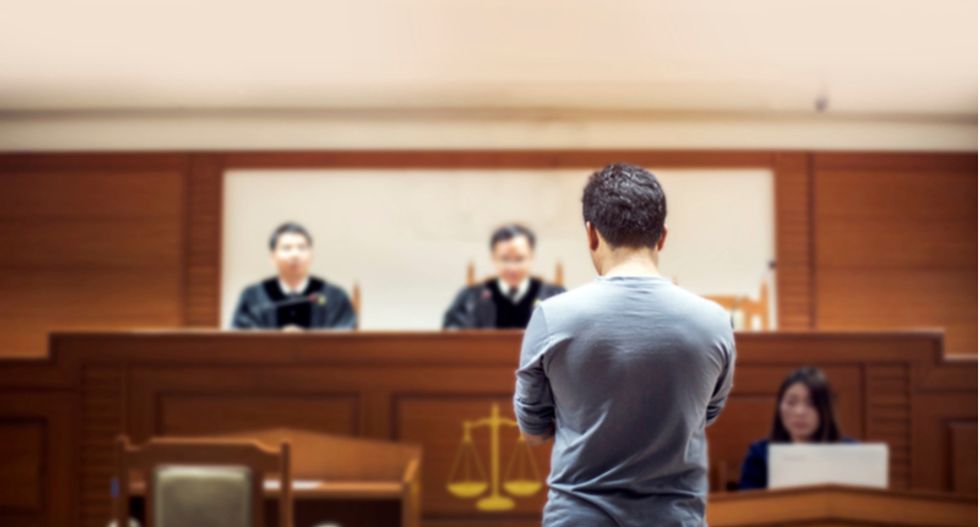 Republicans have run roughshod over all manner of Senate norms to pack the federal courts. But the Trump regime, unsatisfied with a judiciary that leans dangerously toward the right, are now simply ignoring rulings they don't like.

On Monday night, in the midst of an effort to halt immigration from Iran that has caught hundreds of American citizens in its net, a federal district judge in Boston issued an order barring Customs and Border Protection (CPB) from deporting Mohammad Shahab Dehghani Hossein Abadi, a 24-year-old undergraduate student at Northwestern University, pending a hearing on his case.

But the agency nonetheless flew him to France "in defiance of the judge's order," according to The Boston Globe.

Kerry Doyle, one of Dehghani Hossein Abadi’s lawyers, called his removal “an outrage.”

At the scheduled hearing Tuesday morning, Judge Richard Stearns said the case was now moot, since the student was already out of the country.

“There seems to be some history of CBP ignoring district court orders, which should concern the court,” Doyle said during the hearing. She asked that Dehghani Hossein Abadi be returned to the United States, but the judge said there was little he could do to compel immigration officials now that the student was gone.

“I don’t think they’re going to listen to me,” Stearns said.

So a judge who seems to recognize that CPB has a history of "ignoring district court orders" is just throwing his hands up in the air. (If you're wondering why he didn't haul someone from CPB in and charge them with contempt of court, so am I.)

This kind of disdain for the courts is part of a broader assault on the rule of law by an emboldened hard-right that has captured control of the GOP. It was on display with Mitch McConnell's absolute sham of an impeachment "trial." And in a lower profile case this week, the Commerce Department said that it would defy a provision passed into law last month requiring it to disclose a report that Trump relied on to declare that some imported cars pose a national security threat in order to skirt the legislature in pursuit of one of his cockamamie tradewars.

The right's cutthroat approach to democracy--based on their belief that demographic headwinds will render them unable to compete in the near future--is the central imbalance in our politics today. Progressives face the prospect of a federal judiciary packed with Trump appointees, many of them unqualified, that could upend popular, democratically enacted legislation for a generation, and we're starting to hear increasing calls from the left to fight fire with fire by packing the courts, enacting term limits on Supreme Court justices or stripping them of jurisdiction.

As I wrote last year for The Nation, all of these proposals have some merits and all come with significant risk. One potential response--a true nuclear option--would be to embrace a legal doctrine known as "departmentalism."

Simply put, the founders envisioned the three branches of government as being co-equals, and there’s nothing in either the Constitution or the Court’s ruling in Marbury v. Madison—the landmark case that led to judicial review—that explicitly empowers the Court to overrule the other co-equal branches of government.

Ending judicial review is a radical idea, but one that’s consistent with what many of the founders saw as the Court’s proper role. In the Texas Law Review, Harvard legal scholar Richard Fallon Jr. wrote that “during the early years of U.S. history, it was widely believed that each branch or department of government should interpret the Constitution for itself, without any branch’s interpretation necessarily binding the others. Thomas Jefferson held this position…for all of his life. So did James Madison.”

In theory, a Democratic president with a supportive Congress could emulate Andrew Jackson, who famously (and probably apocryphally) responded to a Supreme Court ruling he didn’t like by saying that then–Chief Justice John Marshall “has made his decision; now let him enforce it!”

This would be very risky. While the courts don't have a good record protecting Americans' civil liberties, it is the only branch of government empowered to do so.

But if Republicans are just going to tell courts that they've made their decision and good luck enforcing it, perhaps Democrats should take note.