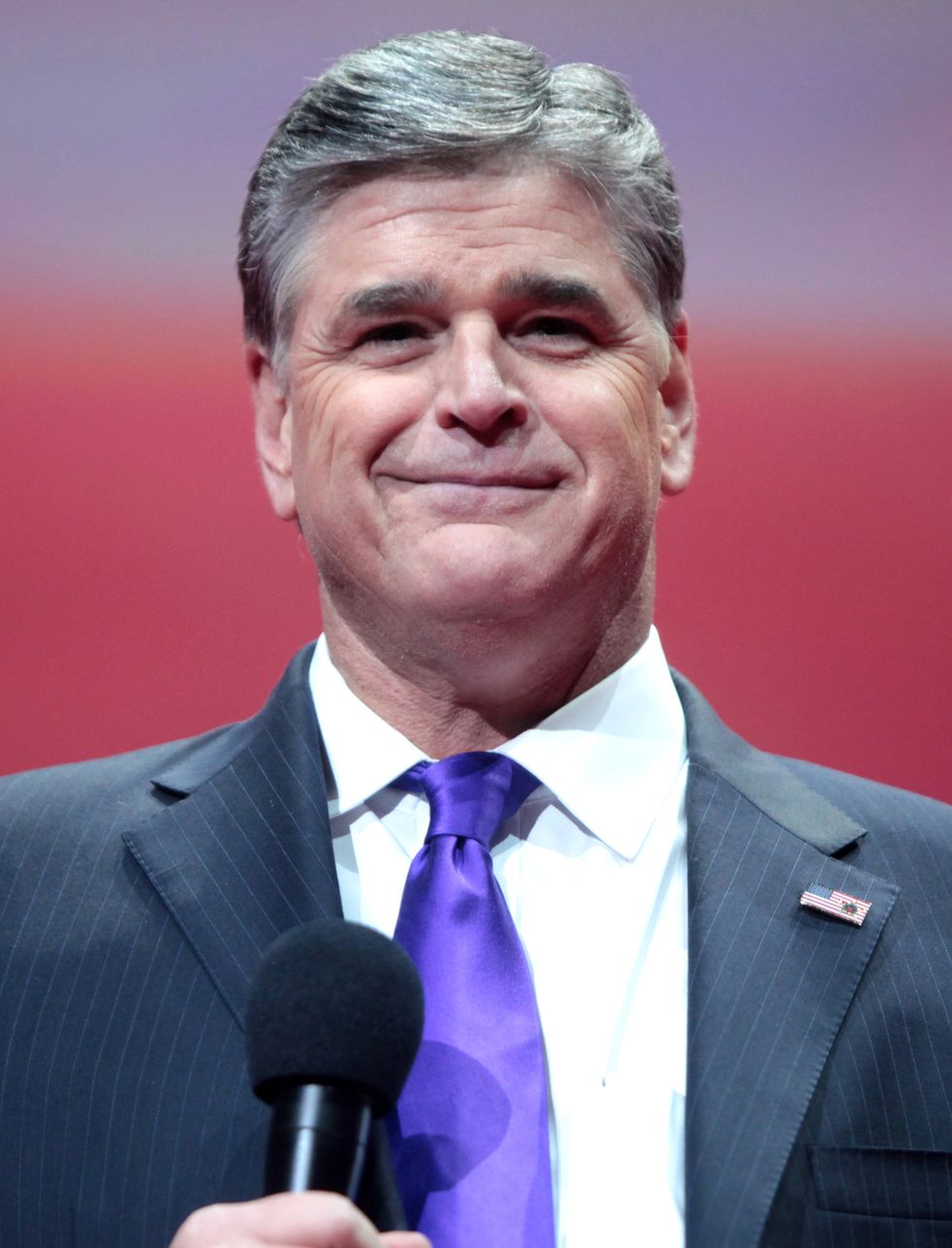 With each new day there are new and damning revelations affirming Donald Trump's criminal behavior related to Ukraine and efforts to manufacture dirt on Joe Biden and subvert the 2020 election. The latest bombshells come from Lev Parnas, an associate of Trump's lawyer Rudy Giuliani, whose nefarious activities include extorting Ukrainian President Zelensky and surveilling former U.S. Ambassador Marie Yovanovich.

Parnas was interviewed on MSNBC Wednesday by Rachel Maddow in a wide ranging discussion that made it clear that Trump "knew exactly what was going on" and was lying about his feigned ignorance of Parnas and his mission. But the evidence of Trump's guilt is abundant. Also interesting is the evidence of Hannity's guilt, and that of Fox News.

Proof is emerging of Hannity's relationship with the Giuliani Crew. Hannity himself is in bed with Parnas. They have had communications that resulted in Hannity tweeting about bogus allegations of Ukrainian interference in the U.S. election to help Hillary Clinton. That tweet was deleted, but remains archived. Trump, however, didn't delete his subsequent tweet promoting Hannity's story on the subject that same night. Likewise, The Giuliani Crew also communicated with Don Trump Jr, who posted a tweet attacking Yovanovich. So their is an unbroken chain of propaganda circling around between Trump, Giuliani, his Ukraine mob, Fox News, and back to Trump and his crime family.

What's more, Parnas had much to share about the complicity of Fox News in Trump's plot to coerce Zelensky into helping him smear Biden. The Giuliani team worked with right-wing author John Solomon to disseminate their lies. At the time Solomon worked for The Hill, but is now employed by Fox News. So naturally Hannity unleashed a furious assault on Parnas and the network that hosted him. Hannity's rage was so intense that he lapsed into the sort of incoherent outbursts you might hear from a paranoid schizophrenic on a street corner shouting at passing cars (The video wouldn’t load on dKos, but you can see it here). He began...

"Yesterday, last-ditch effort, Hail Mary, smear job, yup the congenital liar attached new documents to the articles of impeachment. Including so-called evidence from a former Giuliani contact. Oh by the way on conspiracy TV. The guy is facing federal charges from the Southern District of New York. You don't really want to mess with those people."

Did you follow that? Apparently Hannity is upset that new incriminating evidence about Trump has come out. But he can't rebut any of it, so he unloads a barrage of nasty adjectives. He glosses over the fact that Parnas is working with Trump's lawyer, but hones in on his having been indicted. And while Hannity is adamant that that's a problem for Parnas, it doesn't seem to be a problem for other Trump comrades who are under indictment or already convicted, including his campaign chairman Paul Manafort, his national security adviser Michael Flynn, his personal attorney Michael Cohen, and his fixer Roger Stone. Hannity continued...

"So [Parnas] goes right to state-run MSDNC conspiracy channel media. Keep in mind when people like him, trying to stay out of jail, think about this, how many times have we heard from the liberals 'oh you can't waterboard, or use enhanced interrogation because people will say anything, they'll lie to make it end.' Well people trying to stay out of jail, in my humble opinion, they'll say anything."

Now Hannity thinks that MSNBC is "state-run" media. You have to wonder what state Hannity thinks that it's being run out of. It must be the "Deep State." And it's cute that Hannity is trying to connect an indicted defendant giving testimony to waterboarding. No one has tortured Parnas. He is simply doing what many defendants do when faced with prosecution. He's turning state's evidence. That's a voluntary action to secure a lighter sentence. And it does not have the pitfalls of torture, where victims will indeed say anything to make it stop. A defendant providing testimony must tell the truth or any agreement made with prosecutors is null and void.

However, Hannity's description of defendants saying anything to stay out of jail actually fits Trump much better. After all, he is known to be a pathological liar anyway. And he doesn't have any agreement with prosecutors to worry about voiding. He's lying through his capped teeth to avoid prison. And he clearly doesn't care what he says, or how ludicrous the lie, if he thinks it will either deflect from his guilt or help him to evade accountability. The whole lot of them are neck deep in criminal behavior. And if more disclosures like those Parnas is serving up come to pass, they are all going to be sharing a cell block.