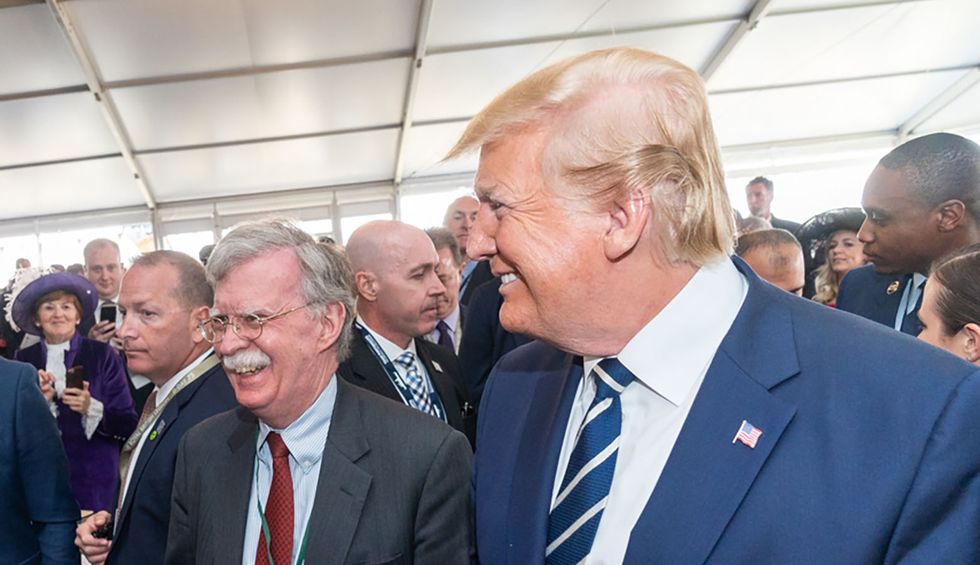 Rep. Eliot Engel (D-NY) blew up President Donald Trump’s claims that John Bolton kept his concerns about Ukraine to himself.

The New York Democrat, who chairs the House Committee on Foreign Affairs, revealed Wednesday that Bolton urged him “unprompted” in September to look into the ousting of former Ukraine ambassador Marie Yovanovitch.

Engel said his staff reached out to Bolton Sept. 19, about a week after he was pushed out as national security adviser, to ask if he would testify before the committee, as former Secretary of State Rex Tillerson had after his tenure.

“At the time I said nothing publicly about what was a private conversation, but because this detail was relevant to the Foreign Affairs, Intelligence and Oversight Committees’ investigation into this matter, I informed my investigative colleagues,” Engel said. “It was one of the reasons we wished to hear from Ambassador Bolton, under oath, in a formal setting.”

Although Bolton appeared to support the investigation the House had already undertaken into the president’s Ukraine scheme, he refused to appear before the impeachment inquiry when invited.

Engel said he wanted to set the record straight now that Trump was calling Bolton’s credibility into question, and said it was “telling” that the staunchly conservative Republican was now the “target of right-wing ire.”

BREAKING: Rep. ENGEL reveals that BOLTON called him in September and told him to look into the Marie Yovanovitch ou… https://t.co/XrMc6vR12y
— Kyle Cheney (@Kyle Cheney)1580319411.0