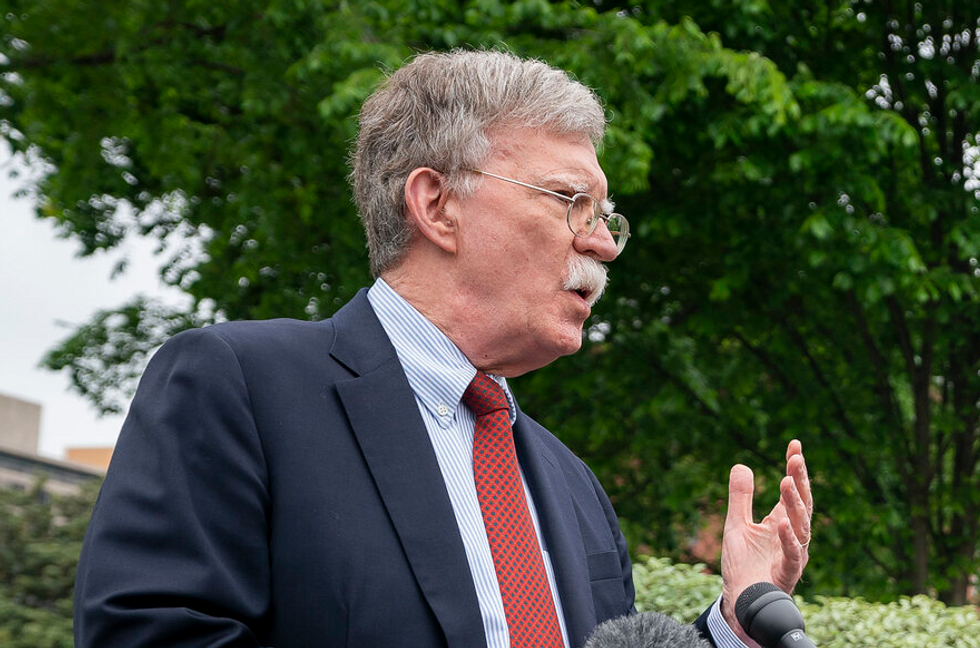 It isn’t hard to understand why so many of President Donald Trump’s defenders are hoping and praying that former National Security Advisor John Bolton will not testify during his impeachment trial. Bolton, according to the New York Times, alleges in his book, “The Room Where It Happened: A White House Memoir” that Trump and his colleagues did have a “quid pro quo” with the Ukrainian government — Ukraine would receive military aid from the U.S., but only if it investigated former Vice President Joe Biden and his son, Hunter Biden. Axios reporter Alayna Treene examines the fallout from the Bolton bombshell in two separate articles published on Tuesday morning: one on the “domino effect” that Republicans fear if Bolton testifies, the other on the sense of urgency that Bolton is creating among Trump’s impeachment defense team.

Bolton’s book isn’t actually due out until March 17. But a manuscript of the book, Maggie Haberman and Michael S. Schmidt reported in the New York Times over the weekend, was leaked — and in that manuscript, Bolton alleges that Trump linked military aid to Ukraine with an investigation of the Bidens. That “quid pro quo,” House Democrats have been asserting, is an impeachable offense.

It remains to be seen whether or not Bolton will testify during Trump’s impeachment trial: many Senate Republicans are adamantly opposed to having testimony from anyone — including Bolton. But Treene, in an article headlined “Republicans Brace for Domino Effect on Witnesses,” reports that if a handful of Republicans join Senate Democrats in voting to feature witnesses, testimony from Bolton could become a reality. Bolton has said that he will testify during the trial if subpoenaed.

“If at least four Senate Republicans decide to vote with Democrats this week to subpoena witnesses and documents in President Trump’s impeachment trial, Hill Republicans fear a potential domino effect, with additional GOP senators — especially those up for reelection in November — falling,” Treene reports.

An anonymous interviewee described by Treene as a “GOP Senate aide” told Axios, “You don’t want to be one of the first four. But no one gives a fuck about the fifth vote, especially for all of the 2020-ers. If it turns into a free vote, why wouldn’t you vote for witnesses?”

Another anonymous interviewee, who Treene describes as a “source close to Trump’s legal team,” told Axios, “There’s no way they’re going to bring in John Bolton and (Acting White House Chief of Staff) Mick Mulvaney and not bring in our people. That would just be completely unfair, and it would undermine their whole reason for having witnesses in the first place.”

In a separate article, headlined “Trump’s Defense Team Shifts From Complacency to Urgency,” Treene reports that Bolton’s allegation of a “quid pro quo” complicates things for Republicans who were hoping for a speedy acquittal. The Axios reporter explains, “Just days ago, Republicans were optimistic President Trump’s defense team could cruise to an acquittal by the end of this week, but many believe his lawyers now face a steep climb to stop a vote to allow new witnesses and drag out the impeachment proceedings.”

An anonymous source Treene describes as a “Senate GOP aide” told Axios, “It’s still possible it could end this week. But over the weekend, Republicans were like, ‘Oh, the White House doesn’t have to do anything. They should just run (the clock) out.’ But now, they have to actually do the work.”

Trump’s defenders have been insisting that he never linked military aide to Ukraine with an investigation of the Bidens. But following the allegation of a “quid pro quo” in Bolton’s book, Treene reports, a GOP aide told Axios, “I don’t see how it’s possible he didn’t. My boss was pissed to read about it in the Times.”