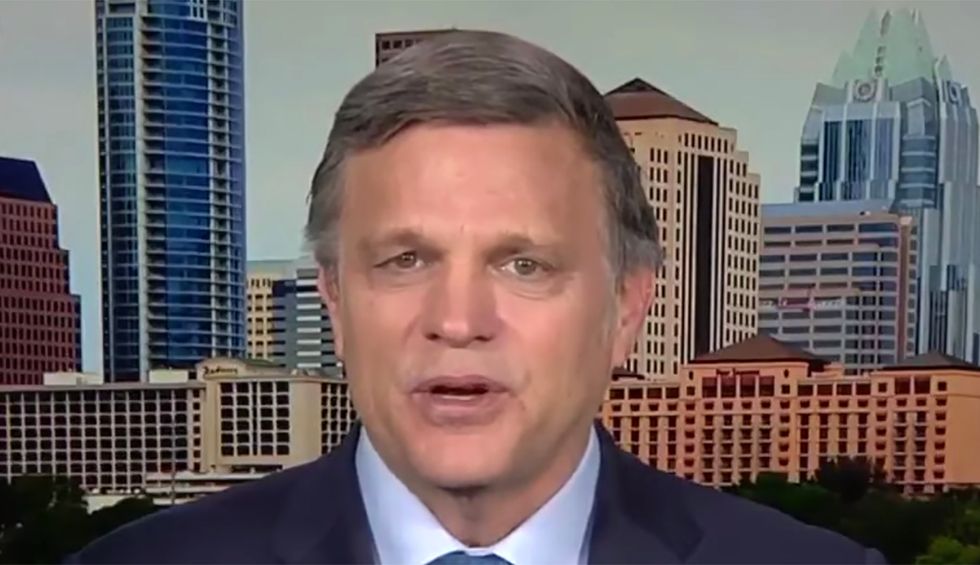 Appearing on CNN on Sunday morning, noted presidential historian Douglas Brinkley harshly criticized the decision by the National Archives to blur photos of posters that were critical of Donald Trump, saying it was a betrayal of their mission.

Speaking with host Martin Savidge, the normally staid Brinkley was blunt in his assessment of the decision — despite an apology from a spokesperson for the Archives — calling the very fact that it even happened “idiotic.”

“I could not believe the National Archives did such a thing,” Brinkley began. “It’s such a venerable institution and we all trust it. It’s the depository of our national heirlooms and leavings and here it is doctoring photos to make Donald Trump look good. I mean to the idea you take the women’s march of 2017 which was largely anti-Trump march and start changing signs like one sign said ‘God hates Trump,’ they just blurred out the word Trump so the protester sign says ‘God hates.’ That was replicated many times, it’s an idiotic idea to have altered that photograph. I am pleased a retraction has come our way."

“I think it’s the agency or someone within the agency that self-censored,” Brinkley replied. “But we are in the age of Donald Trump, if you work in the government are you fearful of a vengeful Trump, it may be very well they want to please him.”

“At all costs, we can’t have a photograph on our display that says something negative about him,” he added sarcastically. “We have to remember this is a president we are dealing with on his inauguration lied about his crowd size and blew up the Interior Department because they weren’t showing a photo that he wanted. This idea of air-brushing anything negative about Donald Trump out of our current government institutions is starting to happen more and more. It’s all the reason why we have to say knock it off, ever louder.”