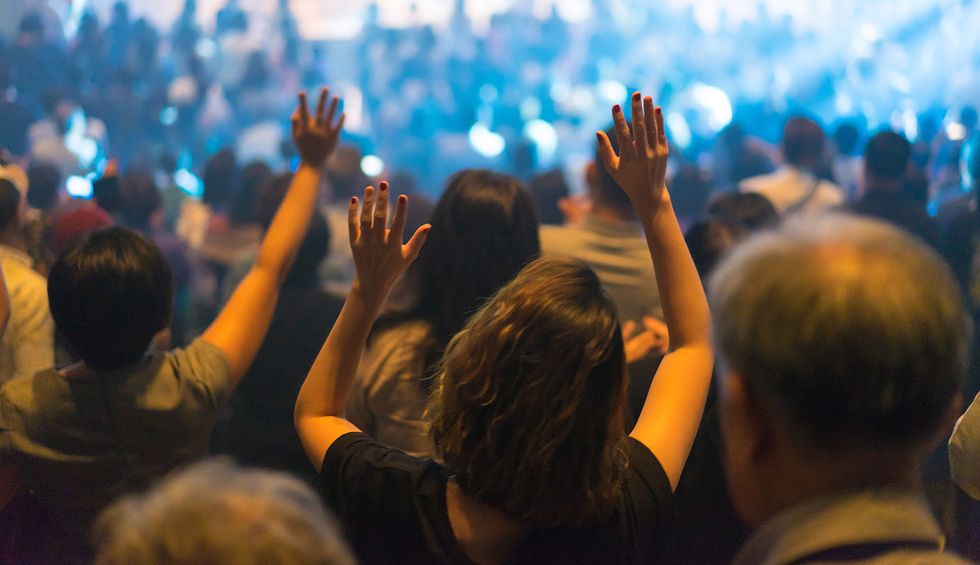 Daniel Deitrich is a Christian worship leader in South Bend, Indiana. As discussed in this article for Religious News Service, such worship leaders are among the 81% of evangelical Christians who voted for Donald Trump in 2016.

Four years ago Dietrich formed the South Bend City Church, which he describes as “[A] Jesus-centered community for believers and doubters and everyone in between. It’s a place where spiritual exiles have found a home, a place where you don’t have to check your brain at the door, and it’s been so beautiful to see people who have been excluded from or wounded by the church feel safe and seen and loved.”

Deitrich has written a song, titled “Hymn for the 81%” that is going viral across the Interwebs. Addressed to the evangelical churches which formed his religious upbringing, the song has been described as “a love song to the church and a call to repentance.” It directly addresses the hypocrisy of the white evangelical church’s support of Donald Trump in the face of Biblical teaching.

It makes quite an impression, not heavy handed or too accusatory, but it gets the point across very well. The reactions to the video, which has been viewed about 100,000 times thus far, suggest it is striking a rare chord:

Daniel Deitrich's hymn is both a love song to the church and a call to repentance, which castigates the Trump administration for "putting kids in cages, ripping mothers from their babies," but blames the church for failing to rein them in: "I looked to you to speak on their behalf/But all I heard was silence/Or worse you justify it."

It is also a warning to the church: "You weaponized religion and you wonder why I’m leaving to find Jesus on the wrong side of your walls … ”

Bill Tammeus is the former Faith columnist for the Kansas City Star. He writes:

Whew. It is a powerful example of what religion calls a prophetic voice, which is to say a voice that calls out what's gone wrong and urges attention to the right path.

I hope you'll give it a listen, remembering that he's not telling people they should have voted for Clinton and not offering a damning critique of Trump's various political policies. Rather, Deitrich asking the people who raised him as a Christian why they no longer seem to believe what they taught him.

More of this, please.