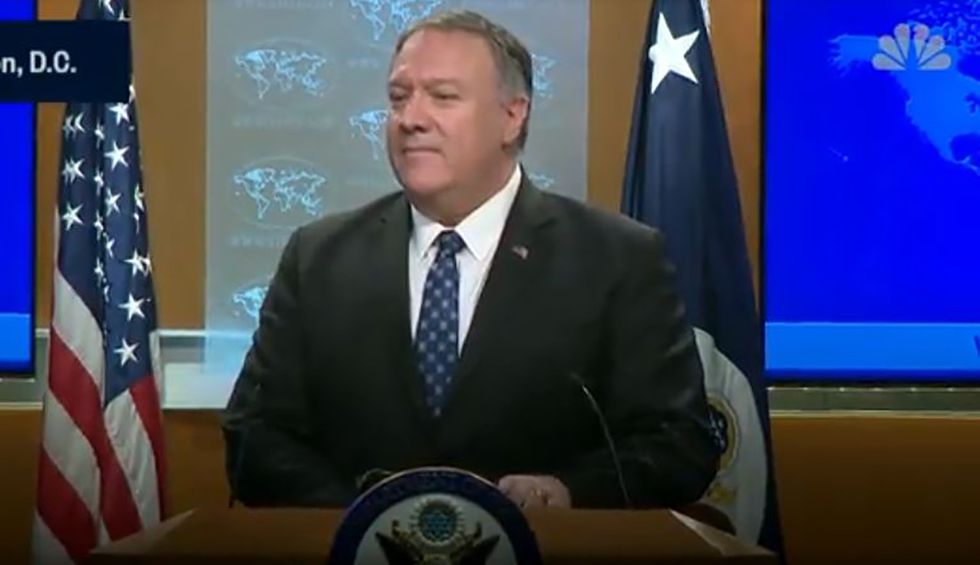 U.S. Secretary of State Mike Pompeo is unable to defend his and the Trump administration’s claim that the assassination of a top Iranian general was necessary due to an “imminent” threat of attack. Pompeo stumbled during a Tuesday morning press conference when asked by a reporter to be “specific” about what the threat was and where it came from.

Sec. Pompeo could only say there were “multiple pieces of information” that were presented to President Trump to justify the killing of Iranian military commander Qasem Soleimani, who is widely considered to be a terrorist. He claimed there were “continuing efforts on behalf of this terrorist to build out a network of campaign activities that were going to lead potentially to the death of many more Americans.”

That would not be an “imminent” threat.

“We know what happened at the end of last year in December, ultimately leading to the death of an American. If you are looking for immanence, you need look no further than the days that led up to the strike,” was all the Secretary of State could offer.

REPORTER: Can you be specific about the imminent threat that Soleimani posed? POMPEO: "We know what happened at th… https://t.co/pN0eiIeJn8
— Aaron Rupar (@Aaron Rupar)1578410373.0

Pompeo’s words lead one member of Congress, Rep. Don Beyer (D-VA) to take to Twitter, declaring, that the Trump Administration “appears to be completely abandoning their previous claim that the killing was ordered to prevent specific attacks about which they had intelligence.”