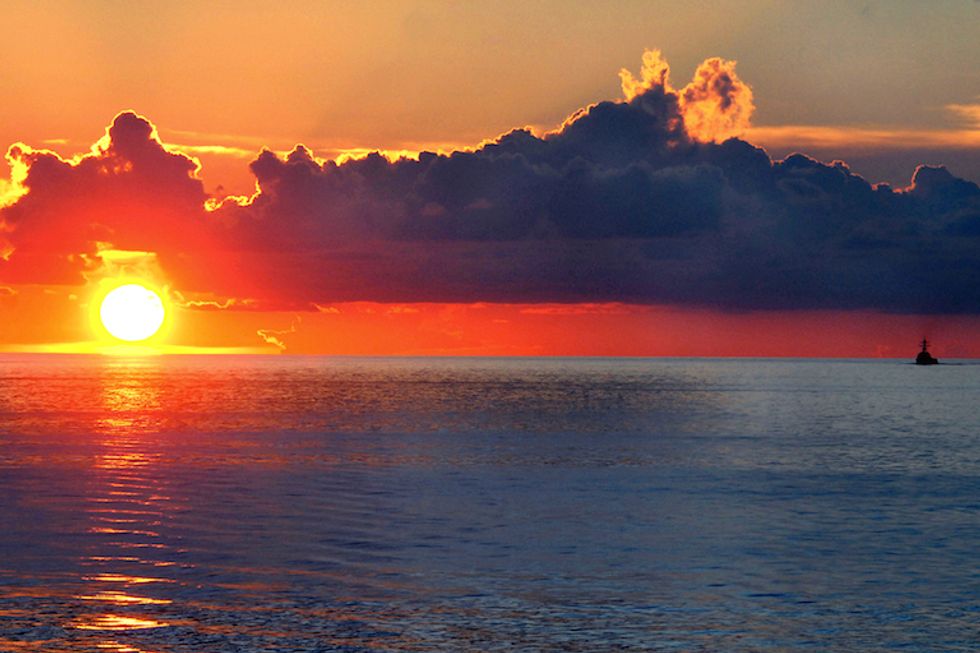 A new study published Monday shows that the Earth's oceans reached the highest temperatures and warmed the fastest since records began, highlighting the urgent need for global action to address the climate crisis before it's too late.

The study (pdf), "Record-Setting Ocean Warmth Continued in 2019," which was published in Advances in Atmospheric Studies, found the oceans have warmed by around 0.075 degrees C above the average of 1981-2010.

That level of warming, the paper found, is equal to 228,000,000,000,000,000,000,000 (228 Sextillion) Joules of heat. Study lead author Lijing Cheng, associate professor with the International Center for Climate and Environmental Sciences at the Institute of Atmospheric Physics of the Chinese Academy of Sciences analogized the level of heating to something more manageable for the human mind.

"The amount of heat we have put in the world's oceans in the past 25 years equals to 3.6 billion Hiroshima atom-bomb explosions," said Cheng. "This measured ocean warming is irrefutable and is further proof of global warming. There are no reasonable alternatives aside from the human emissions of heat trapping gases to explain this heating."

The warming is speeding up, the scientists found.

"We are now at five to six Hiroshima bombs of heat each second," study co-author John Abraham, a professor of mechanical engineering at the University of St. Thomas, told CNN.

Abraham said in a statement Monday announcing the study's publication that the public needs to be aware "how fast things are changing."

"The key to answering this question is in the oceans—that's where the vast majority of heat ends up," said Abraham. "If you want to understand global warming, you have to measure ocean warming."

The ocean warms slowly, said Cheng, but due to its vast size has dire consequences.

"The price we pay is the reduction of ocean-dissolved oxygen, the harmed marine lives, strengthening storms and reduced fisheries and ocean-related economies," Cheng said. "However, the more we reduce greenhouse gasses, the less the ocean will warm."